Anyone one have a problem like this?? Power up SC5000 and it goes through the usual start sequence but the screen is black. Once the start up sequence is finished all the buttons light up green & white. Would love some help with this!! Gig starts in 40 mins😬 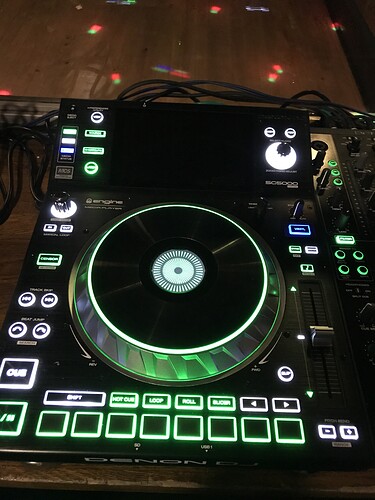 To the best of my knowledge, we’ve never seen anything like this before - That screen looks absolutely jet black. Has this happened before on this unit and if you managed to get it back to normal (after a restart perhaps?) is it operating ok now?

Please PM me your serial number and date/place of purchase and I’ll get one of our tech team to investigate and assist.

Hi Paul No!! this never happened before. but when I got the full set up about 3 months ago, one of the SSC5000’s froze, as in when playing I lost control over everything on the deck but the guys in DJKIT replaced it within 2 days. Anyways!!"" I tried everything, as in disconnected everything and tried a restart. But didn’t cure the problem. I’ll be onto my dealer when I get home, so they’ll have the email first thing Monday morning. DJKIT.CO.UK are a great to deal with. This deck was acting up for the last few weeks. When switched on it wouldn’t play audio, but a restart would sort it out. Thanks for the reply anyways👍

Saved by the dual layer👍 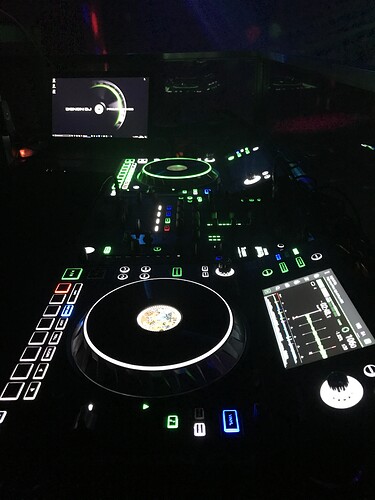 Do you have a contact name you dealt with at DJKit please. I’d like to make sure this unit is sent back to us for examination.

The guy dealing with this in DJKIT is Simon. Great guy, he had the replacement/return sorted in no time.

How do I become a Bata tester?? I don’t like Sharing problems on-line unless it’s a big issue and people need to know. I’d like to be one of the gang on the ground that feeds back to DENON with glitches

Thanks to the guys at DJKIT and working like a dream. 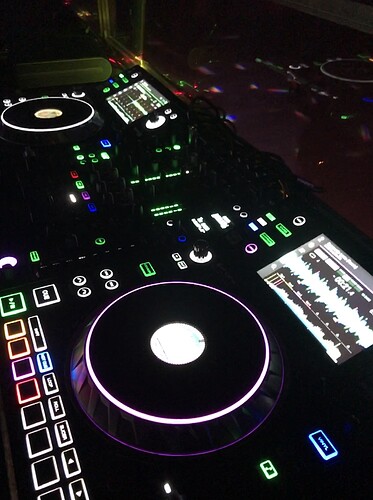 What was the problem ? Did a firmware update fix it?

Got a new unit sent to me

Jayos, I got the same thing happen to me! in the middle of a playing track the unit just froze and the screen turned black. I had to restart my player. It would’nt turn off like normal. I had to hold the power button and after many trys I had to do a hard power reboot. Plus, after I got the player running again. A new issue. after playing a new file, the waveform froze while the music continued to play. None of the effects worked either. The only thing that worked was the pause/play button. I could’nt even search for other tracks. So now that I restarted the player a second time. it seems to work now. (i had to press and hold the power button to reset it) but it didd’nt power down like normal. I recently applied the new firmware version to the players (1.0.2). Never seen this before on the old version. getting frustrated with all the issues and problems with the software that I’ve been having. Its been a hurry up and wait and I’ve had these units since the first day the were made available from guitar center in LA.

Rogesf150 My problem was different… When I powered up the unit the screen was total black and all buttons were lighting up full brightness, I could do nothing with the unit. Even after unplugging the unit all buttons would remain on for 5-10mins before going off.

In saying that, the same thing you’re explaining happen to my other player before. But just restarted the unit and haven’t had any problems sense.

Actually, my player now just has a black screen. Just as you explained how your player was acting up. I cant use it at alll now even though ive restarted it several times. How did they fix your unit?

I had this happen to me this weekend also. As I was playing, the media source (SSD plugged into rear USB) would keep ejecting for no reason every five minutes or so. I had to reselect the media source each time this would happen. After about a half hour, the player stopped working and I just had horizontal lines on the screen, with all of the lights and album art staying as they were before. I had to pull the power cord to get it to turn off. Have a photo of this though not sure if it’ll let me upload yet.

On the next startup, I got the black screen with lights just as you’ve shown in the photo. After another pull of the power cord and restart, it powered up correctly. I haven’t had any long mixing sessions since, but in the short time I played it seemed to work as normal. 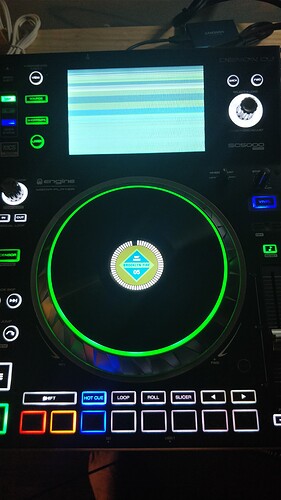 I got a replacement unit. 2 days from DJKIT. Great guys to deal with​:+1:

@Rogesf150 and @MarcosR I’m sorry to hear that you’re both having trouble on startup. I’m going to have one of our expert support agents reach out to you to assist and we’ll have you back up and running in no time!

Hey @DenonDJCorey, I’m having the same problem with bootup with v1.03 version. Had the player freeze while playing, unable to navigate, so had to hard power reset. Then the black screen problem with all buttons light up appeared. Another hard reset and having it rest for 10mins and the player came back to live.

But now, the SC5000 player constantly looses network accessibility, as well as sometimes having issues with reading usb sticks from any of usb (front and back) ports. And crashes when playing over network (directly connected 2x SC5000 Players). The other player has no issues.

Can you help out?

This may be a hardware failure with that unit. Someone from our German team should be contacting you shortly to help troubleshoot. Hang tight!

Hi @DenonDJCorey ! I went to the shop today and got a replacement unit. No more issues, thanks for your effort!

All lights where on except the screen…power down.

did a power up-down cycle a few times still back screen.

again a few power up-down cycles and at a sudden the screen came up again and was able to use it for a couple of hours.

Is there an “official” reset option for the SC5000?

Is the root cause known of this issue,

What should/can I do; return to dealer - can it be repaired or will the dealer replace the unit knowing the issue is not easy to reproduce.