Quick question. Does the prime go have split cue like the prime 4?

If you look at the front face of the unit, the first button on the left is “Cue / Mix”. 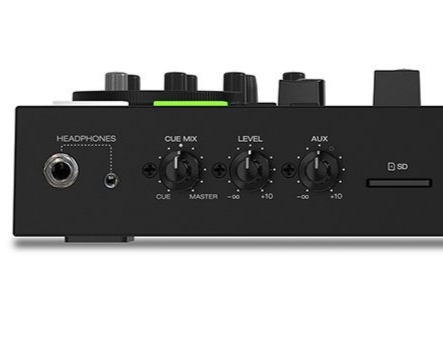 So, no “Split Cue” capability on Prime Go.

If there is no button, I think there is no split function. Waiting for Prime go mid February, I’ll tell you

So disappointing, I preordered and I’m gonna cancel now… I saw it on prime 2 and made stupid assumption they’d have it on go… why would they remove it!? Is it that expensive to keep on the unit? … any official guys at denon can confirm !?

it that expensive to keep on the unit?

Not really, but like any other need for feature X or feature Y, the manufacturer wants to ensure that the more advanced equipment is appealing enough for the user to spend more money on it, than to settle for the cheapest one. We all like to have a set of features on the equipment that we consider to be default and essential, but it must be a difference to justify the price of a more expensive unit and that difference is the availability of some functionality or creativity features.

Think about it this way: the lack of a single feature, the “Cue Split” in this case, was enough for you to decide to cancel the order, no matter what other features the unit had and, maybe, these were enough to do your job.

I can see that the mix control between master and cue is there, which usually only happens when split cue is offered.

I would think that if split cue doesn’t have it’s own button, maybe for space reasons, or two keep the thing looking easy to use, the split cue on/off is either on the screen as an option or as a button combi like “shift and any cue button”

Maybe it’s even set so if the cue/master knob is set to anything apart from full CUE, then split cue turns off

The Split Cue requires the Cue and Mix signals to be summed to mono and routed, one on the left side and the other to the right side.

I’m just theorising , as we all are until it’s out

Unless Denon DJ decided somehow to put the Split Cue option somewhere in the software menu, the Prime Go does not offer Split Cue capability. There is no directly accessible command available on the face of the unit.

put the Split Cue option somewhere in the software menu,

Well that’s what I said a couple of posts ago

Supposing that Denon DJ would integrate the “Split Cue” option inside the Prime Go settings menu, that will no be too logical, because, in my opinion, you would need that command to be available right at your fingertips, without the need to browse the settings menu to enable it or disable it.

Some people just set it and forget it

That’s exactly why it’s not a very good ideea to put the option into the settings menu, presisely because only some people keep the Split Cue function enabled all the time.

If only one person was to buy the thing then there would only be one right answer.

Some people will set a feature one way, like activate it or deactivate it, once, when they first take it out the box, and they’ll never change it again. For those people, having some of the control surface taken up by an on/off feature button, but having the feature in/off “hidden” n an on screen menu is perfect.

On most Denon DJ equipments the Cue Mix function is already there on the Headphones Monitor section, either on top of the unit or in front on it, so the presence of one more small button for Split Cue function doesn’t take up that much space. From my point of view it is easier and, maybe, even cheaper to implement and use it this way, because it only requires pressing a button and takes advantage of muscle memory, compared to a software implementation.

so the presence of one more small button for Split Cue function doesn’t take up that much space.

Space is relative though. The GO is not like any of the earlier models you mention and the GO is totally and essentially portable. They’ve probably done everything they can, down to the last “not used mid mix” button.

Don’t get me wrong here, please. If Denon DJ Prime Go will have a Split Cue function, even selectable from the settings menu, it can only be a good thing for its users. But, if the Split Cue function was not integrated, it may be because it was not considered useful in relation to the imagined area of application of the Prime Go unit.

I think it was probably considered well. After all, split cue is there because sound from a really big sound system can be delayed, so needs monitor speakers close to the DJ or split cue.

I don’t think the GO will be used on massive sound systems, more mates house type parties. In those situations your wouldn’t get delay so wouldn’t need split cue as often as a bigger clubby playback device

Exactly what I ment by the imagined area of application.

You missed off my words of “I don’t think that …”