Sorry, but those speakers on a $1,000+ product is SUPER gimmicky!! Makes perfect sense on the Numark Mixstream Pro, as that it intended for beginners. But, I’m just not seeing who this is for? Smaller 7" screen, Speakers (lol), Less overall features than even a Prime 4, and both cost $1,000 or more.

*edit - One GREAT thing to see is Y’all getting away from the “neon green” colorway. LOVE the White, Blue, Orange colorway!

Hope it’s cool to post this here given that it’s already spreading around the Web (iDJNow) and YouTube. If not, do your thing, mods. 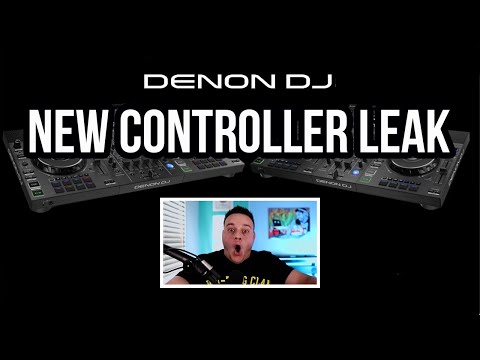 Cheers for posting, now I’m going to see if I can put up with arguably YouTube’s most annoying DJ channel to see what’s what

I wish the guy in the video had drunk less than 30 cans of energy drink before re-recording the audio. I ran the playback at half speed and it still sounded like a review by Alvins chipmunks on something filthy and illegal. Mute was the only viable option.

I wouldn’t be surprised if these were actually Stanton or Numark releases with some basic photoshopping over the logos. Either way, it’s more products with Engine compatibility, which is never a bad thing.

What a poor design…very deceived about that… Why this Pioneer like layout? Why to abandon green leds? Why small jogs? Why speaker built in? …and if i think to the leak of new Rane controller coming out without motorized platter… The question is what is happening in INMUSIC Group ?did they change designers or engineers…?..and in marketing terms copying the market leader means the you are not alternative…you are just a second choice …

If current DenonDJ stuff is prosumer this is definitely consumer level stuff.

Dont know what to make of it really, the speakers are gimmicky but honestly if they sound good thats a perfect monitor solution for smaller venues, I currently carry a 15kg Proel flash 8 around with me and power/XLR to connect it, potentially getting rid of those sounds great, a single item to plug in and DJ with.

Aside from that it looks like they simplified the layout and made it more ‘Pioneer’ with the sweep fx and on board FX panel.

On a side note, they have had my Prime 2 for 19 days and not even started working on it yet, does this tell me why?

I feel like they need to be £200 cheaper and more of an underling to the main units.

On a side note, they have had my Prime 2 for 19 days and not even started working on it yet, does this tell me why?

Maybe you’ll get lucky and instead of repairing your Prime 2, they’ll just send you a Live 2. It’s been known to happen before with other gear manufacturers. Knocking on wood for you

Yeah, I do like the Layout better, the Onboard EFX, the Colorway change for the VU meters, but the speakers and the reduced size of the screen for the 4 channel unit are the weak points, IMO. As an upgrade to the Prime 2, this is a no-brainer…MUCH better. Haha, I just can’t get over the inclusion of speakers though. That 'ish is funny to me.

Yeah its a weird little path to go down isnt it… im not sure them sending me one is better than the Prime lol. cant believe the tool on the video didnt show the back of the 2 channel one to see if we could plug TT’s in or not. The 4 channel one looks like a more simplified layout on the back too, TRS booth out rather than XLR and all the USB/SD ports on the back too.

It’s pretty obvious he got his pics from idjnow’s accidental post. That’s why he didn’t have pics from all angles.

Haha oh thats where they came from, not his ‘cough’ source.

Im kind of hoping they cant fix my Prime and they offer me credit back to spend at the store so I can get a DJM-S5 and 2nd LC-6000, then I have some flexibility in case of error.

Oha… What the hell is this? Again 6"… Ugly Design, standard crossfader BUT speakers in it… Das ist mal wirklich sehr sehr SEHR traurig.

Mic EQ …is that on an on screen menu?

Smaller screen is a disappointment.

Speakers may be useful as monitors on smaller gigs, but may be perceived as a gimmick by clients.

I’m guessing Denon felt they had to get new products out to keep the money coming in, but were pressured to compromise on design due to parts supply issues & what price the market would stand.

My Mastersounds mixer has one so it doesn’t bother me too much, however it is easier to have consistent power leads at gigs between your speakers, unit and other equipment.

Yeah, when I first saw the name my mind immediately went to “MPC Live”. I thought they were going to make this have speakers, and an internal battery like on the MPC Live. That would have been SUPER dope!! I could have forgiven all of it’s other shortcomings if they had made these truly portable.

Because every bloody DJ keeps harping on Denon that they’re not Pioneer and won’t support it because it’s not like Pioneer. If you keep telling someone they’re ugly and no one want’s them, eventually they’ll believe it.