Will the LC6000 eventually become compatible with the prime4?

I really think NO, otherwise they would have written it.

In any case, to buy two LC6000s you have to spend the same amount as a Prime 4, so it’s better to buy another Prime 4.

Hey man don’t tell me how to overspend on my DJ gear! I used to be a Pioneer DJ!

The Review on Crossfader said that Prime 4 support will be added sometime in the future. I guess they have to figure out how to have the controller communicate through the two USB ports on the back of the Prime 4.

Agreed! I eagerly anticipate that as a firmware update on the Prime 4 so I can get on this bandwagon and get a pair to add to my mobile setup… but otherwise I don’t have much use for them and it pains me to not hit the “Buy Now” button!

I think the prime 4 will be added due to its usb ports it has. 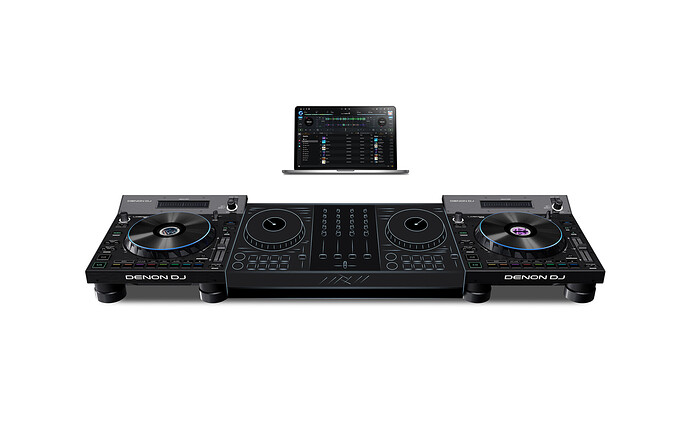 Defo the Prime 4 will soon be availsble with LC6000. Shame hasnt been from the start.

The important distinction is “while in standalone”

The phrase “future firmware will allow the Prime 4 to work with one or two LC6000s” is nice, but the distinction of “while in standalone” will be a very important part of the question for some people

If they have written that the LC6000 will become compatible with the Prime 4, obviously it is understood that the Prime 4 will work in standalone.

As for functioning as a simple MIDI console, in my opinion the Prime 4 can already work together with the LC6000, also because the heart of the system is the PC hosting Serato or VDJ and not the Prime 4 firmware.

Typical Denon. Look how many centuries it took them for StageLinq to work on the MCX8000.

That might be the assumption which needs to be clarified.

It is already clear if you read the Crossfader review (link) in which it says that the Prime 4 can be used with LC6000 via Serato DJ Pro (as I had already written above):

“That leaves the LC6000 working with almost every notable set up, all except Denon DJ’s own Prime 4. This is a disappointing omission, especially when you consider that the two devices can be combined when connected to Serato DJ Pro. We have heard from Denon DJ that Prime 4 support will be coming in the future, it’s just a shame it’s not there from launch.”

However, the combination with Prime 4 in standalone mode I see it a little complicated, because the display should switch from one layer to another automatically and does not allow the simultaneous display of all 4 tracks (I mean completely visible, not only the 4 waveforms visible in vertical mode). When I use Prime 4 with 4 tracks in standalone, I press the layer change button and the change of the displayed track also takes place, instead if it were to be combined with an LC6000 how can the change of track on the display take place if that layer is always active and always combined with an LC6000?

This is wrong. Denon DJ will certainly make these compatible with The Prime 4…They have pulled a shrewd move with the release of the LC6000…There are many videos on You Tube with them sitting next to Pionner DJ gear which will help Pioneer DJ onwers make a Denon DJ purchase and eat into Pioneer’s eco system of keeping everyone buying their own products…Denon DJ will eventually make them work with the Prime 4, there is a lot of people asking for it.

It’s owned by a different company now and i am pretty certain this Denon DJ isn’t the same as the last.

Denon DJ will certainly make these compatible with The Prime 4…

It may be that in the future it will be, but nothing “official” has been written by Denon DJ, so far we only rely on what the guys at Crossfader have written. If they make LC6000 compatible with Prime 4 it will be a great idea, it remains to be seen how many Prime 4 users will be willing to spend 700 x 2 = 1400 Euros to have the convenience of the other two layers.

In response to your thoughts. I will definitely want to add one LC6000 to use acapellas and jingles too. A 2nd LC6000 will then remain in option.

My thoughts exactly. Even with Serato or VDJ one could be for samples.

Guys, I am convinced that the LC6000 used with a multimedia player (such as SC6000 or SC5000) is a great idea because it allows you to make the most of the double layer. Moreover, now with the dual simultaneous display of the two layers it is much better than before.

My doubt remains as to how the Prime 4 will be able to display 4 simultaneous tracks (which is currently not possible in horizontal mode). Proposals were made on how to make the waveforms thinner and be able to display 4 contemporary waveforms, but I don’t know if that idea was brought forward by the Denon DJ Team.

Maybe the day Prime 4 is compatible with LC6000 I will change my mind, after seeing how the display works.