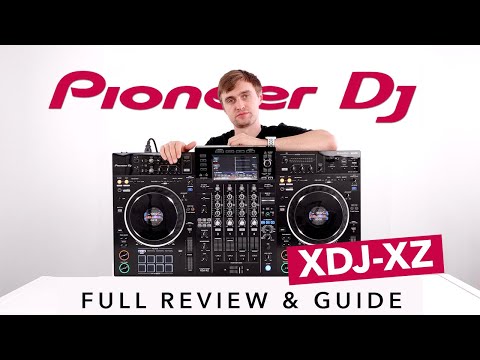 There is like nothing innovative… Denon for the Win!!!

It’s a weak attempt, can not see what they were thinking

People will buy it - only because of the name.

But yes, a very poor attempt…

Lets see some more bedsheet-(un)covered pics from Denon, so we can start promoting the new thing(s?) that is coming, and put the XDJ-XZ to bed…

If Denon start leaking pics now, Pioneer wont get a foot to the ground!

Hahah the new pioneer, which actually looks like an old pioneer, has the same letters in its model number as this thing 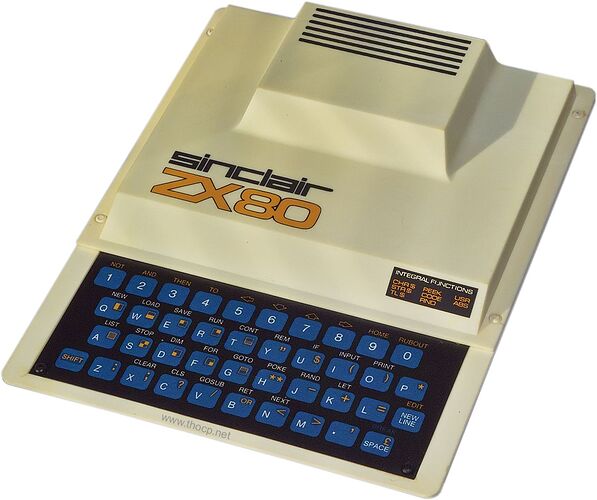 Probably the same processing power too.

. This was what they brought out against the Prime series ? Laughable !

Looks solid and unremarkable. The jogs are a draw but again Pioneer keeps dual purposing their Rekordbox layout and leaving Serato’s FX out of the picture. All feels rather wishy washy. I’m surprised at lack of innovation but also not, Pioneer is doing its usual thing. If build quality is like RX2 that’s a plus. Can’t knock it for Pioneer loyalists and will be envious of the platters but man are they stuck. Might feel very different when I get my hands on one but Denon can rest easy for the moment. I must admit it makes me wonder if Pioneer has something truly big up its sleeves for NAMM by getting this one out the door earlier. New CDJs or maybe an SZ3? Interested to see what Denon might have up their sleeves.

Really surprised at only 2 channels in standalone. I know they wanna protect other products but am starting to wonder if it has to do with processing power as well.

I dont think its a bad unit, but like you say… Not innovative at all.

I would not suggest Denon to rest right now… Its a big opportunity to start giving hints about whats coming, so they can take the focus instead

But thats just my way of thinking

I have to say this is very very dissapointing, no dual layers, no built in storage, no on board analysis, same terrible screens, its basically a poor MCX8000 copy, nothing new here at all and to top it off its more expensive than the Prime 4!. You can even tell most of the reviewers dont sound very excited in the videos I have seen.

Not quite sure what they are thinking its basically an XDJ-RX3 and the RX2 is already looking very dated.

I guess Pioneer are stuck between a rock and a hard place, they probably want to bring out an all singing all dancing unit like the Prime 4 but then that would show up their high end setups, IMO they really need to bring out a next gen set of high end players, mid range all in one and a controller.

To be fair it is better than the MCX8000 on the FX side and jog dials… and it also has a touchscreen but yes it’s essentially the same.

Rekordbox is also far better than Prime for track preparation.

I don’t know what to make of it. It’s basically other bits of their gear cobbled together and essentially a RX2 update.

I won’t be buying it.

I guess Pioneer are stuck between a rock and a hard place, they probably want to bring out an all singing all dancing unit like the Prime 4 but then that would show up their high end setups, IMO they really need to bring out a next gen set of high end players, mid range all in one and a controller.

I don’t think they’ve got the resource to bring out anything high end anymore, since pioneer got bought up and broken into different interests by a financial holdings company. That was 3 years ago, happened just after nexus 2 came out, so maybe explains why there no nexus 3.

Pioneers most profitable section turned out to be their car radios apparently. Maybe when they bring the XZ out again in 5 years with a different colour headphone volume control, it’ll come with a brake pedal, heated screen and wipers lol

Nice unit for a bar or lounge.

Rekordbox is a good software.

New Zealand dev team, I hope that they are aligning with serato, are they also not based in New Zealand.

Looking on how many stand alone channels it has, it is more like MCX8000 (2channels stand alone + 2 mixer channels).

Plus some bells and whistles (maybe cow bell). Jogs from ddj1000 - cheap plastic on noisy rollers. Not even touch sensitive = cheap switch. Plastic everywhere… small screen and no track analysis on the hardware yet.

In my opinion, this is a weak attempt to keep users loyal to the Pioneer brand from defecting to the Prime 4.

I looked at the owner’s manual, and it appears that XDJ-XZ falls short of the Prime 4 in many ways.

The only positive is that Rekordbox is more stable than Engine Prime. In my opinion, the XDJ-XZ falls somewhere between the MCX8000 and the Prime 4, but I’m sure it will be priced way more than the Prime 4. For now, I’m happy with my 8000.

As I’ve been saying for years, if Denon DJ fixes EP they will have a HUGE advantage.

It’s been said several times today already (mainly by me)

There’s no need for a search, the type of DJ using the new Pioneer will probably play the same 30 or so EDM tracks every night anyway!

Or the same, already mixed set.

but the xdjxz has usb record as well, or? … just saw a review. But yes, nothing new on this bord, as well they dont handle with FLAC files,…

All Pioneer did was release a practical piece of gear nothing innovative. In my neck of the woods I always see a pioneer controller with serato. And it doesn’t matter if it it a big controller or small controller because they only use 2 decks and a deck for samples and drops.

They say because it’s the industry standard.

Too me standard just means what you would and should expect, sort of a baseline. You can go below or above the standard.

The pioneer logo carries a lot of weight for those who want to play in clubs. I have no doubt this will sell.

If it ain’t standalone digital media player and with die-cast metal motorised platter with slipmat and vinyl on top then im just never going to be interested!

So far the only product that denon has which intrigued everybody is the 5000m.

Everybody I let touch it loves it. Even the pioneer/serato fanboys enjoy this deck.

What this new release from pioneer actually did was raise more awareness for the prime 4.

I only ever owned Pioneer gear once. Remember the CDJ100S DJCD players way back in 2000? They weren’t too bad at the time for your little individual players.