I can see, analyze and play tracks from the iTunes and rekordbox nodes but can’t import playlists or add tracks to the engine collection. I’ve basically given up. I only use my SC5000’s with an old library on an SD card and refuse to update the firmware until Engine DJ actually works. It’s so far behind Apple Music, rekordbox and even Traktor that it’s just embarrassing at this point.

same here but no need for update anyway I would update the time it works😂 the hardware in my case prime go do what I want adding new tracks, playlists is more work but anyway no progress to the old stanton

But it works very well. You’re on PC ? It is because you don’t update your old database that it doesn’t work

I use Lexicon but there’s an issue with Engine DJ that Denon has yet to fix. Some of my playlists aren’t importing correctly because of how Engine DJ sees playlists. 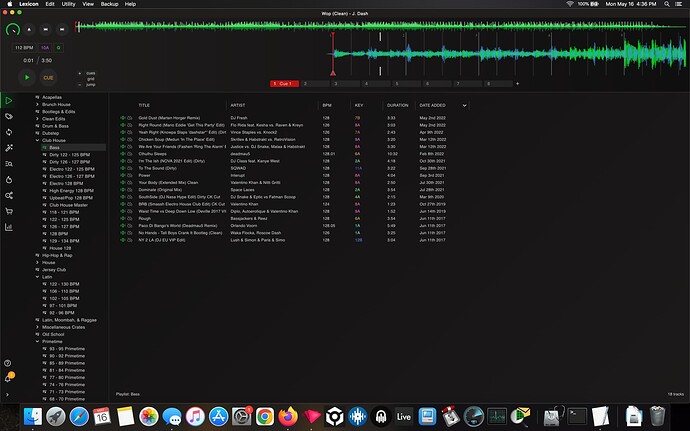 My Bass playlist in this screenshot only has about 20 songs 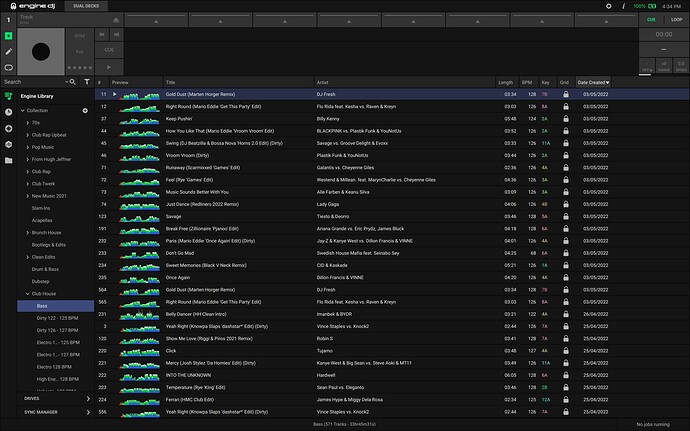 But when I import from Lexicon to Engine DJ, the Bass playlist contains every single song in the master “Club House” folder. There are about three more folders I have with the exact same issue.

Yes, I’m having the same problem too, that some of the tracks won’t transfer and some playlists has nothing in them. It’s so so FRUSTRATING!!

I’m not interested in using a 3rd party solution to something Denon should have implemented years ago. Again, iTunes/Apple Music, Rekordbox and Traktor can see and edit my tracks and Engine can play and analyze my tracks from those nodes, it just won’t allow me to add the tracks to the engine collection. It really is a horrible piece of “software”. Denon hardware, GREAT, Denon software, Abysmal. They should just trash it and rebuild from the ground up, basing their database software off of every other product that actually works.

I cant reanalyse tracks - right clicking does nothing at all, gives me no options, it used to work, I have no clue what’s going on - please could somebody help me

I get that, but I will say if you’re like me and you switch between DJ software often, Lexicon is a god send.

I only got to know Engine a couple of years ago and I’m considering buying a Prime, but with a very “stuck” software like EDJ, it gets complicated. I need software that is at least 90% equal to the Serato I’ve been using for over 12 years. Basic functions like ‘relocate lost files’ Engine does not have! Colors are missing from the tracks, as there is in other software. A way to physically erase a file (or several) from your HDD like Serato and other software do, without affecting the collection, is needed.

Any time I add any music to my library or move songs between folders on my external drive, I have to manually do it on 3 harddrives: 2 harddrives for engine dj, and one for VDJ. This is because Engine DJ doesn’t offer a sync function with external drives or cross-platform syncing.

Why You move music? Since I created my music library in 2014, it is on the same drives in same places - never moved, just updated with new music. Organise and then You will never have to change location of Your music.

Was going to say the same thing.

Since I created my music library in 2014, it is on the same drives in same places - never moved, just updated with new music.

Okay what about deleting?

Also. I deleted from engine and then from the drive. But it’s not that often that I delete tracks. If they end up in my collection, they are worth to keep.

Latest version 2.3.1 still won’t import tracks to collection. It can read, play and edit tracks from the iTunes and rekordbox nodes but try to import a playlist or track to the Engine collection and…Nothin’. So, yes, Engine DJ still ■■■■■.

Strange… I imported hundreds of tracks to fresh data base just 2 days ago. All works fine.

Off of a server?

From NAS and cloud drive - so far it went ok.