Im looking at getting a Denon MCX8000 used only 3 times still has box and everyhting that came with it, and want to be sure that I’m getting something that can still get updates, I like that its a standalone or can use with Laptop, any help will be appreciated

The MCX is a great piece of hardware. It has it’s limitation and at this point I don’t believe any updates are forthcoming from Denon (other than bug fixes if any).

The last version of Denon DJ’s Engine music management that is compatible with the MCX is v1.6.1. You can still get it on Denon DJ’s download page under MCX8000.

You might find this review I did several years ago helpful. 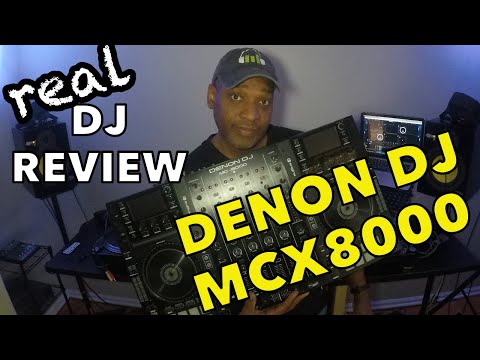 It’s very old and despite the name on the front, it’s not made by the same company that use the name of Denon DJ now,

After the 8000 was discontinued a few years ago, in-music, the new owners of the denon dj brand, did release a couple of firmware updates to finish off the main requests from users, but it’s an old machine l, old tech and has no further updates planned (reading between the lines from Denon staff)

The 8000s old tech did allow one thing that primes can’t do, and that’s switch between laptop use and standalone without a reboot, but that was about it, in terms of tricks

I have two of them and they are still very capable controllers. Great sound and excellent mic channels. I generally use my ones with VDJ and have zero issues in fact they are used weekly and are very reliable. Sound when connected to the Bose F1 system is very good.

Standalone is functional enough for backup purposes but not really any good enough for gigs. Add to that the newest version of Engine doesn’t support them and the one we’re left with is abysmal. Will certainly put me off buying Denon again despite Nitebeatz excuse that it wasn’t the same company. They should support legacy products like other manufacturers and missing it from Engine 2.0 was just laziness. Pioneer technically aren’t the same company either but no issues with them supporting legacy gear.

The only real issues with standalone are that there is no backwards sync and they don’t record history properly. The one major benefit over newer units is that you can seamlessly switch between software and standalone, which is no longer supported on the Primes.

In summary it’s a very capable software controller but the standalone side isn’t worth really bothering with but it’s a very handy backup solution.

I have no intention of replacing them and certainly not with the Prime 4.

Not to be a party pooper but confirm that this unit’s screens don’t lock up. It only seems to have affected a certain range of serial numbers, but just something to look out for.

Also be aware, Engine 2.0 drives won’t work with it. You’ll need to use the older version to prepare your drives. If you have other, newer Engine hardware, juggling both might not be fun.

Otherwise. It’s a wonderful board, still! I still fondly remember booting mine up for the first time. What a light show! : )