Hi, I noticed with some tracks its impossible to change the downbeat. The buttons are not greyed out, it just doesnt happen anything. Is there sth. that might prevent the button to work (sth activated/not activated)?

I’ve had issues placing anchors with a long track (+15:00). In a few other cases, Engine DJ would not let me delete the last or any other anchors. The delete was showing up at random places and did nothing. I ended up creating new aiff files, starting over, and they were ok.

BTW- I wish we had an UNDO.

Check if the bpm lock is on.

Thanks for answering. Yes, same here…sometimes deleting also doesn`t work. The good thing: I have changed from rekordbox and it was impossible to grid most old soul tunes. It takes some work with Denon but at least in most cases it works.

Yes, UNDO would be great. And it`s only possible to change anchors in the first bars if you do it a the beginning of the process. If you do it later you have to delete all anchors that come after the first ones to have access to the first ones…

Does also the Reanalyze work to unlock the tracks bpm editing?

Thank you for answering. Yes, re-anaylize works. I can only find “lock beatgrid”. Where is “bpm lock”?

BPM Lock is a lock icon next to BPM editing tools in upper left corner of Engine Dj interface. Just next to the play button.

Hmm…next to play button? I see

Look for the lock icon.

I was not aware, that there is a perticular PRIME version.I will download that…thank you

Engine prime is the older version. I just didn’t found a good picture on google, so I added this. Engine Dj is not much different in looks. 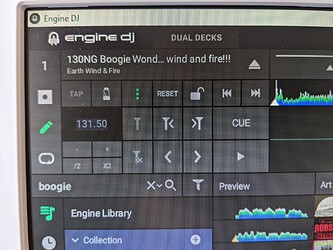 You see the lock here: 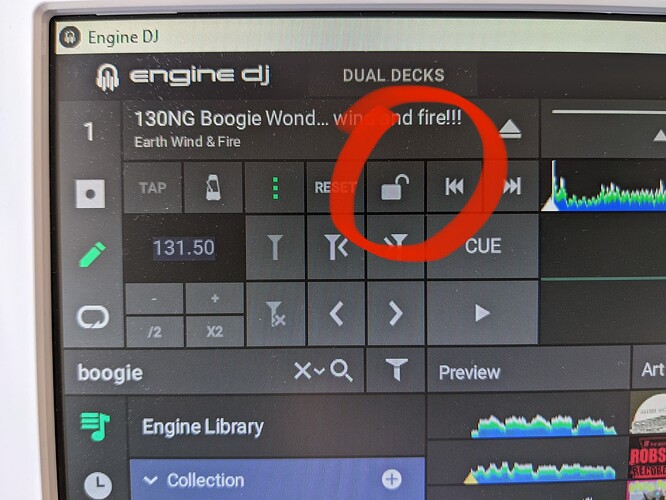 That´s the beatgrid lock. Of course it`s not locked when editing.

There no bpm lock.

When a beat grid is locked, the bpm is also locked. This is because the beat grid can have multiple bpm’s.

Ditto on all of that, In case you missed it, I described my current process for 70’s disco/funk with inconsistent tempos. Question about mixing track using loops - #11 by androphonic

That being said, as you point out there are anomalies happening. Overall, gridding with Engine DJ has been no worse than other software. Except, Rekordbox offers the ability to reset the bar downbeat, the first beat of a measure, and grid from there. This helps for those odd cases where there are measures with less than four beats and you want to rejig the grid. You can do it in Engine DJ, but you have to set an anchor and change the BPM, often doubled, to get the next bar to fall where you want it.

Moin @androphonic and all others,

the old never ending story. Some month ago I posted similarly.

Please be so kind as to have a look at this link and furthermore please feel free, to vote for it