Beat-link to Ableton Live via Ableton Link or MIDI Clock?

How can I beat-link the SC5000 to Ableton Live?

I have two SC5000 and a X1800 mixer connected via USB and Ethernet to my Macbook and does not get a reasonable sync signal to Ableton Live or my Beat-Counter. What the X1800 sends as MIDI-Clock via DIN or USB is not in sync to the beat-link from any of the SC5000 and does not synchronize at all when the tempo is changed on the SC5000 with sync on. The X1800 also does not send a MIDI-Clock Start signal. It just stops or starts the MIDI-Clock.

Both SC5000 are perfect in sync and changes instantly the tempo but the X1800 not! It’s not the MIDI-Signal itself, it’s the way generating the MIDI-Clock!

Which protocol does the SC5000 use to synchronize? Is there a documentation what I can use to program something like I have done for the CDJ’s: GitHub - g-zi/CDJ_Clock: CDJ Clock is the missing link between Pioneers Pro DJ Link and Ableton Live. CDJ Clock generates MIDI beat clock from Pioneers Pro DJ Link. With CDJ Clock anything what understands MIDI Beat Clock can be synced to Pioneer CDJs. Sync CDJs with Ableton Live - YouTube CDJ_Clock synchronizes at bar level, sends a MIDI-Clock Start when a CDJ starts.

James Elliot wrote another program to beat-link via carabiner to Ableton Link: 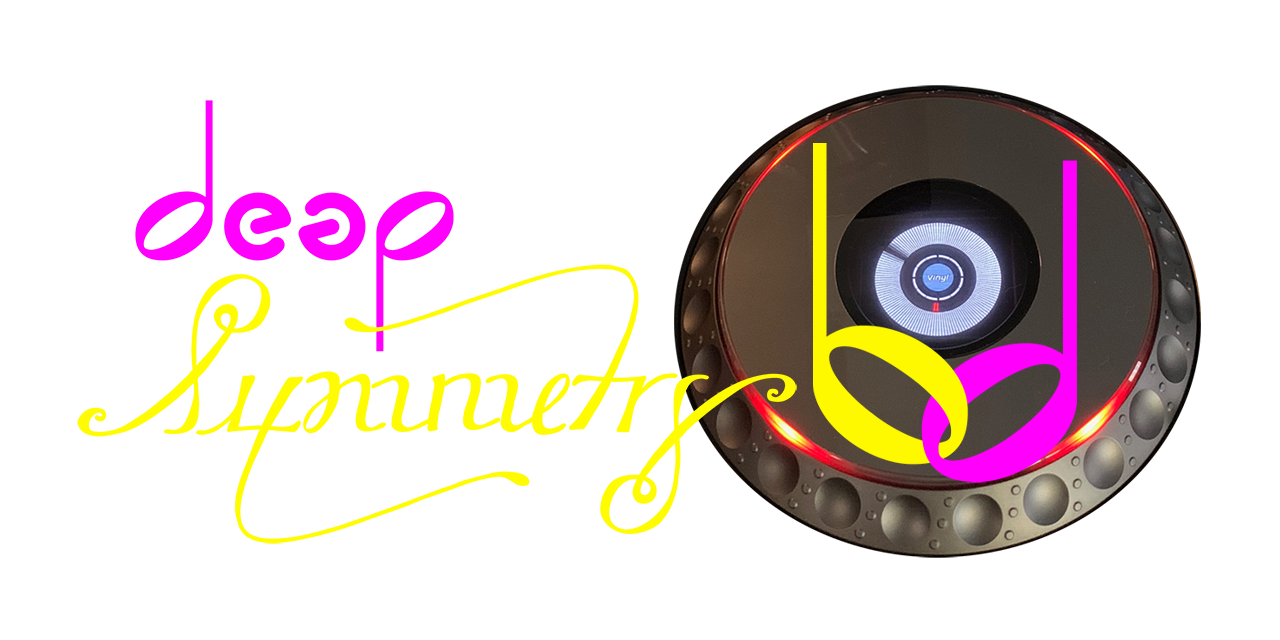 It also can start at bar level and is perfect in sync even when fast tempo changes happens.

I use the MIDI-Clock signal also for my Beat-Counter, it can drive COB’s via DMX. Here two videos where the Beat-Conter is connected to Ableton Live via MIDI-USB perfectly in sync: 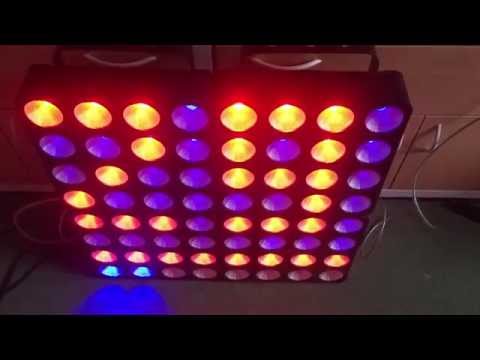 Whilst there’s no shareable protocol info regarding SC5000 currently, 2018 will be a year where SC5000 connectivity with other devices really opens up.

I think the main problem I have is with the X1800. It seems that it’s not talking to each of my SC5000. By pressing the Engine button on the X1800, nothing happens on any of the SC’s. I cannot reproduce what is shown in this video:

I got my X1800 exchanged and still have the same problem, the mixer is not listening to the SC’s When I update one of my SC’s it tells me that the mixer at least should have version 1.1 but the latest firmware is only 1.0. The subfolder is called X1800 v1.1.1, I downloaded from denondj.com: http://cdn.inmusicbrands.com/denondj/bp17fm/Denon_DJ_Prime_Series_Firmware_Update_Package_v1.2_Mac.zip Any idea?

The mis-matched firmware in the mixer versus the players, verified by the players warning that the mixer firmware is too low/old for good Engine Connect, is definitely the first thing to correct.

Yes, but how? It seems that this is a mismatch in the firmware update package. Can you check it?

I’ve opened / unzipped the firmware from the download on the website and the package contents are the very latest firmwares for the mixer.

Thanks for checking it. Then I don’t understand why there is a mismatch when I update the mixer and the SC’s with the same update package. When updating the mixer, the updater tells me it’s updated to version 1.0. Checking the mixers version after update on the mixer itself, it tells me it has version D:0106, M:1107. During the update process everything runs fine, no error. What can I do now? Any idea?

I got the very latest version 1.3 for Mac from the german user support, same problem, the mixer does not communicate with the players.

Yes we want some information @AIRVince

So, looking back at 2018: which devices were we talking about? I think Soundswitch and Resolume were the only ones?

I wish I could convince Y’all just how much opening up the Prime gear to Ableton Link would set you apart from the rest of the pack. I personally know several DJs that want to buy SC6000s, but are sticking with Pioneer because there is still an option to link Ableton Live w’ their CDJs via Beat-Link-Trigger. Hell, no longer having access to B-L-T is really starting to make me sad. I knew what I was getting into by switching out my CDJs for SC6000s, but as these weeks have gone on, it’s starting to get unbearable, LOL!

This isn’t just about triggering tempo-sync’d clips with our mixes, but also (for those of us who have analog mixers) to use tempo-sync’d software EFX (Ableton/iPad). So, if Y’all were thinking of releasing your own version of a DJS-1000 that works within the Prime network, that won’t fulfill the desire to have Ableton Link or Beat-Link-Trigger support.

PLEASE implement Ableton Link or at the very least release your sync protocol so James Elliot & Co can work their magic and add Beat-Link-Trigger support to the Prime players. I’m begging Y’all!!

It’s been three years and a just a few requests for more evolved, or involved, midi links. Very few, according to a search for “midi” in prime forums.

It’s not happened so my guess would be either denon see it as poor ROI (return on investment) or denon have got something up their sleeve with one of their associates companies like Akai. I don’t know how many DJs who bought prime own any midi kit - at a guess I’d put it in the lower single digits percentage wise

Or maybe engine prime is going to tip acid over the “standalone” trophy of prime and will have a performance mode which will have all the midi functionality in that - a bit of a kick in the mouth for standalone purchasers. But then again, once you start plugging midi bits and boxes in, a prime product isn’t standalone anyway.

All these ideas above are just purely guessing on my part, I’ve not read or heard anything To back up any of the guesses

You know, the fact that Denon hasn’t even attempted to enable Link on it’s players leads me to believe that they just won’t. I know that DJs that push the boundaries of what it means to be a DJ are few and far between, but we are out here, and some of us choose Denon gear for a number of reasons. Mainly innovation and workflow. We want answers, is Ableton Link in the pipeline?

We will know what is in the pipeline as soon as it gets to our hands. Denon like many big companies don’t show what’s cooking before it’s ready. We need to wait and see what’s coming. I just hope our requests will be fulfilled in a good way, and every user will be happy.

You know, the fact that Denon hasn’t even attempted

Only a handful of beta testers and the denon staff would know what is, or isn’t, being attempted.

I know for a fact that if denon somehow manages to apply abelton link to the prime series no one will be satisfied with it’s performance and there will be a continuous epicycle of requests and demands for denon to fix something that is present by nature and can’t be changed.

And for those who advocate for abelton link should produce a video to demonstrate it’s effectiveness when djing.

No one can produce a video can they. I know cause I use Ableton link with my iPad between devices and apps.

lol every month or so i check into the denondjforum to:

So i have to sincerely admit, i am thoroughly impressed with your response @Wyley1 regarding Ableton Link, the predictability of consumers in a capitalist system, use of the word “facts”, and the absolute Truth you seem to possess about Ableton Link and its potential for DJing (based in part on a personal use of some ipad apps and an assortment of un-named ‘devices’).

i haven’t posted to anything on this forum in over a year, so as a personal thank you for inspiring me to do something i vowed (via digital blood oath) to never again do, i’ll create the very video which “no one can produce” in the hopes of showing you that, in a world where consumers never stop advocating for themselves like epicycles in the sky that keep on turning, what you once thought literally IMpossible, is literally ()possible! No need to thank me, though i do need to know just one thing:

What are your requirements for “effectiveness”.

Once I know your requirements, I’ll produce a video showing that, contrary to your concerns, Ableton Link is a useful, totally reliable, method of DJing using only gear* (with strong suggestions that Link works similarly for hybrid DJing, gear DJing, and even ipad device djing) .

Would a short demonstration djing in the music genre(s) of my choice using an Akai Force + xdj-1000mk2 (x1, x2, x3? i can throw in another sampler or a different cdj, etc)** work for you?