Another problem with buttons in PRIME 4

I picked up my Prime 4 from the Denon authorized SAT on January 13th.

On Saturday January 29th, I used my Prime 4 at home to record a set, only to find that the Play/Pause buttons on the left deck are now failing.

What kind of controllers does Denon make?

It is unacceptable that after spending €1,800 i have so many button problems.

Right now I have a warranty, but what will happen when the warranty expires? Do I have to pay for the repairs of something that seems to be a persistent factory fault?

I hope that Denon will give me a satisfactory solution, such as changing the unit for a new one, since this is, as I say, inadmissible.

So far the problems have been:

You sure, you didn’t got a after demo unit or something from the shop?

No, it is totally new.

This is nothing new and I do not understand your surprise. I have a few friends who have the new Prime 4 from the beginning and they have the same. For me too. especially with the PLAY and CUE buttons. If you don’t hit hard, sometimes they’ll work, once not. For me, this is not a novelty, because I have the same in Numark, but for the money that you have to pay for Prime 4 is a slight embarrassment. After dismantling the P4 for cleaning, I find that their design is inappropriate and does not guarantee the proper activation of the tiny microswitch on the board.

I do not understand your surprise

Who said I am surprised?

After dismantling the P4 for cleaning, I find that their design is inappropriate and does not guarantee the proper activation of the tiny microswitch on the board

Got some pictures of that issue? We could maybe have a look at it and maybe find a solution, if the problem is mechanical.

Here you go. This is what the Play and Cue buttons look like on the bottom. 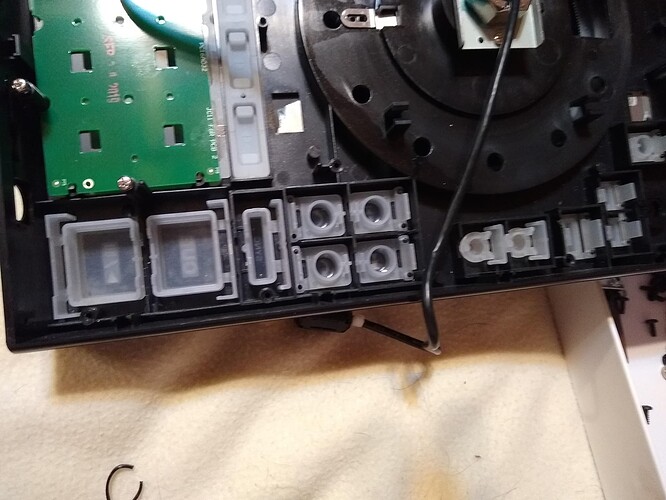 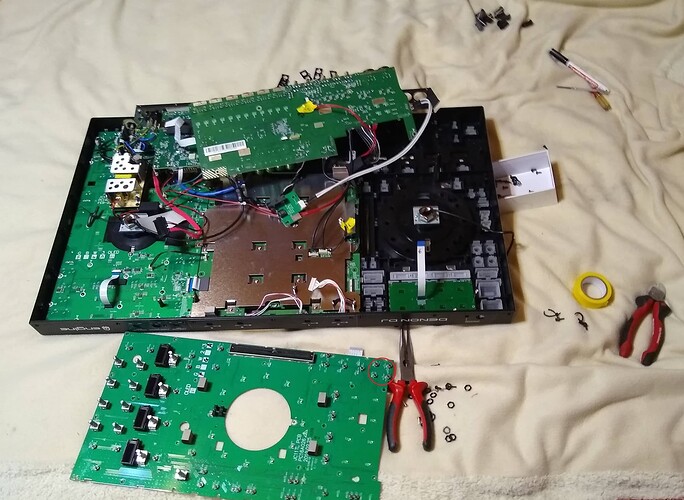 Well, looks like same design as all of dj gear, including pioneer, reloop, numark… Nice plastic cap and a microswitch under it. Nothing unusually bad.

Well, looks like same design as all of dj gear Completed by a different design solution.

It looks the same to me with the exact same design and method of failure as per this video. Skip to after 4 min in the video. Pioneer CDJ / XDJ Cue/Play Button Replacement and New Black Out and Cue Brace Mods for the XDJ-1000! - YouTube

The difference in design is essential. Pioneer has circular buttons and is also supported differently. when you do not press the button, it always hits the switch. In Prime 4, the buttons are square and supported only on one side, hence these problems. they are simply shaky and that’s about it.

The difference in design is essential

The difference is superficial. They all are made to fail in accordance with asian manufacturing doctrine unless the customer such as inmusic scrutinies the construction of crucial wear and tear parts kind of like what pioneer did with the cdj 3000 for their buttons.

It’s funny that pioneer incorporated protocols for when their play button fails. Turn off auto cue, engage vinyl mode, load track, use platter in vinyl mode to cue track and the scrub the track in.

I believe things should not be failing on high end gear until at least after 3 years of continuous every day use. I believe that wear and tear parts should be easily accessible for maintenance and replacement.

I will not agree with you. There is nothing like this on the LC 6000 and on the Chinese Numark Mixtrack Platinum, which is already old and has done its job. It’s a structural defect. If PLAY and CUE were hung on two sides, and not only on one side, as shown in the picture, nothing would happen with the repeatability of the operation of these buttons.

I will not agree with you

You don’t have to.

We can all see clearly that it is a poor choice in design but do you think inmusic made that design for the buttons? Do you think they designed every detail inside and out for these machines? Or did they choose Style, Size and Copy?

unless the customer such as inmusic scrutinies the construction of crucial wear and tear parts kind of like what pioneer did with the cdj 3000 for their buttons. 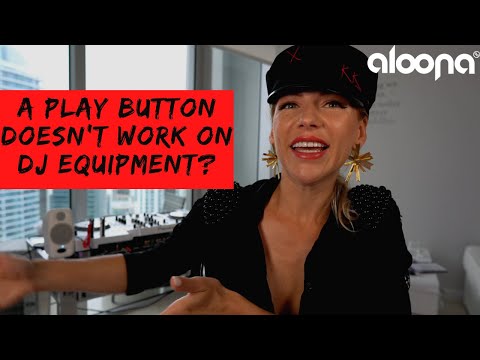 I’d be happy if the manufacturers swapped over to arcade style buttons. Like DJTechtools did back in the day with their old Vestax VCI mod, & still do with the Midighters. Designed for expressive control over Traktor, Ableton, or any program you wish. Pro buttons for pro performances.

Dismantled the controller for cleaning has blown my mind, people actually do this? What are you allowing to ingress that requires dismantling? I’ve never done that on a single product.

@Saint_Angel . Next time you take it apart cut a yoghurt pot up to fit inside the switch caps . This will give it a complete solid surface to press down on contacts at any angle… Be prepared to change switches out fairly regular though. Better option would be using muscle memory to learn to.press button in centre not edge hit it.

And for reference yes those are pioneer button caps. The miroswitches under are bulk standard ones that fail just as much when they have been repeatedly edge struck requiring switch replacements £3for ten of eBay lol

Hi . I have read the whole thread so far , heres my 2cents . I have 4 denon dj controllers namely
2 x mc6000 x 2 1 prime go 1 newly acquired 2nd hand prime 4 - my brother has one mcx8000 my mc6000 mark ones are about 10 to 11 years old built like a tank and to date have only replaced channell faders the cue and play buttons are a bit 'sticky ’ from time to time but never fail . the prime go is brand new and so far hasnt been used extensively because it was bought with wedding ceremonies and back up use in case of power failures . The prime 4 however is just giving me problems after problems and have to have it totally overalled if I can find the right technician, denon after being taken over has certainly lost its way in terms of quality parts made to last. the channel sliders feel plasticy compared to the 6000 and the play cue buttons seems toy like that cant take a beating and out last a toy on christmass day .
the 2nd hand prime 4 i bought is totally gone (ie its no longer there - meaning it cant take the daily use or abuse . at the moment even though i bought it at 50% of retail price im starting to feel a bit of regret . denon please get back to made to last out of the box , not modern day replace parts christmass toys , you designed something that takes pioneer head on but you need to have quality that lasts that will keep up[ the good name track record of the makers of denon that came before you. rant over back to fixing this machine

My small contribution to the chat: