Hello everyone im new to the Denon brand and have recently decided that I need a Denon Dn-x1700 mixer I know it’s a long shot. However if anyone has one they want to sell lmk and we’ll see if we can work out a deal. TIA

Sorry for talking this mixer up so much that the price has increased. I tend to have that effect.

Yeah there is a fella on eBay asking 2300$ thanks alot. Lol

Just a info if you’re buying second hand Denon mixers (600, 1600 and 1700): there is a service menu where you can see how many hours the unit has worked. Try to find a service manual online where it’s explained how to enter into it.

Gives you a pretty good insight (together with the year of manufacture) into how much the unit was used.

I have a brand new DN-x1700 that has maybe 3 hrs of play time on it. It’s still basically brand new in the box. It has been packaged in its box for the last 6 years, sealed and protected. I would consider selling if the price was right!

I will get the mixer out of storage and take some photos for you so you have an idea of what it looks like, condition…and so on.

In the interim, I will tell you how I came about getting this mixer. First lets start with the fact that I have not done any dj-ing/mixing for a very long time, hence the reason why the mixer is still in the box. I originally had a xone 62 that came direct from the U.K back around 2002 when A & H was still there own company. I had it for years…excellent build quality…all around fantastic mixer for its time! Move forward around 10 yrs. Decided to upgrade and bought xone DB2. This was a let down. A & H no longer their own company at this point, quality of products started to degrade. The unit was defective right out of the box. I returned it and upgraded to xone DB4, as the re-seller did not have another DB2 in stock. I found the DB4 not to be what I wanted, did not like design, and certain other things about it. I traded this in for a xone 92 with the same re-seller. Had to buy additional item cdj 900 to even pricing out. I sold the 92 a couple months later and bought into the pioneer brand and went all out and got the djm 2000 nexus. Was not happy with build quality…specifically, with the faders. I sold it a month later and decided to give Denon a try and bought the dn-x1700, probably 6 months before it was to be discontinued here in Canada. I got it and set it aside and decided to put dj-ing on hold while I embarked on a reno cation project for my home. Packed everything up, including my tech 12’s and it’s all been like that ever since.

I’m sorry to hear that it’s been put on the back burner for so long. I now understand why it’s hardly used and been tucked away. Thanks for that insight. Were you pretty happy with it with the short amount of time you used it? I’m currently using a dnx1100 which is pretty awesome but I’m really interested in the dual effects that will help it get a tad closer to my ol trusty vestax pmc37 with 2 sets of effect sends and returns with matrix inputs those features are really what’s drawing me to this mixer. Also if it’s anything like my dnx1100 it’s got my vestax beat for sound quality. Looking forward to seeing some pics and possibly making a deal.

I was intrigued with research and development that Denon put into making this mixer. It was quite innovative for it’s time and still holds as a well thought out and designed unit in my books. They wanted to make something that hit on all the marks that dj’s were looking for in a mixer, but unfortunately, denon at the time was what I consider to be an underated company in the world of dj-ing. Pioneer on the other hand was over-rated, but took the market by storm and gained great success whether the product was great or not.

Attached are some pics of my dj production room when I had the xone 62 rocking, with custom made coffin I made for it and tech 12’s. 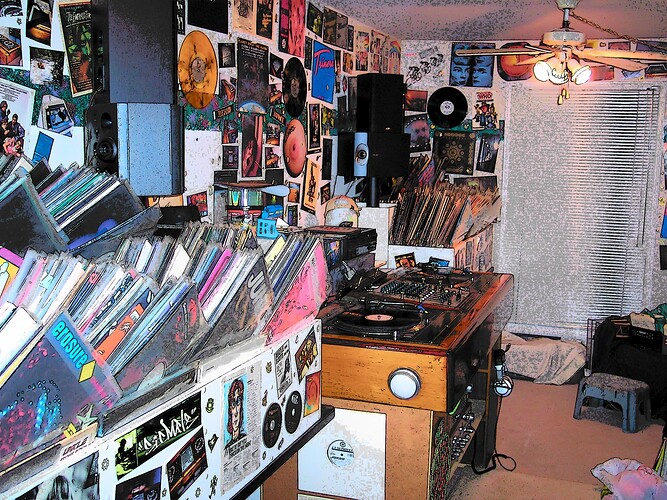 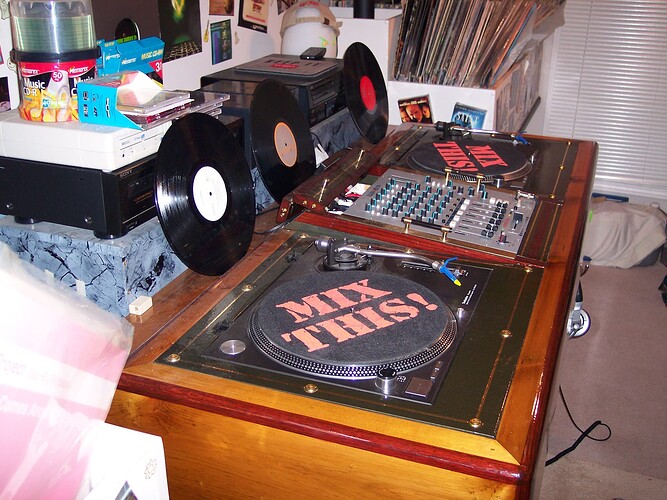 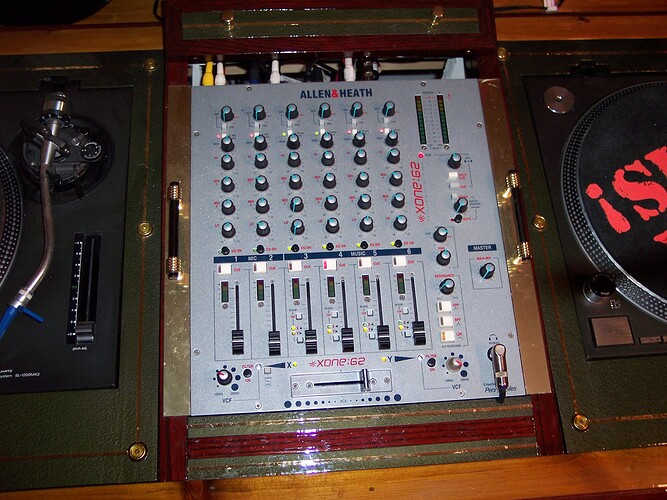 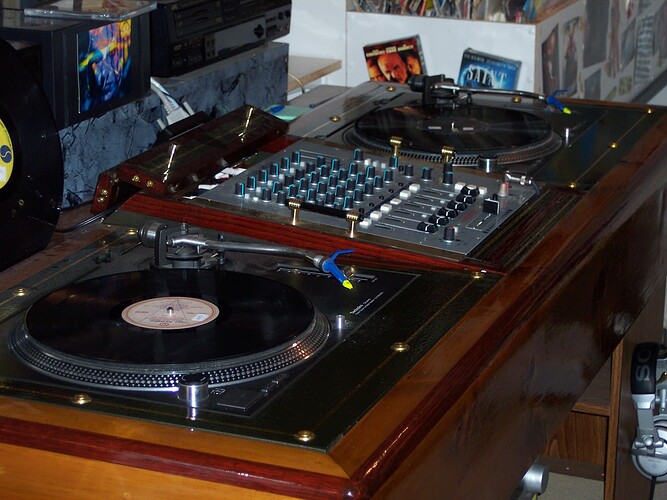 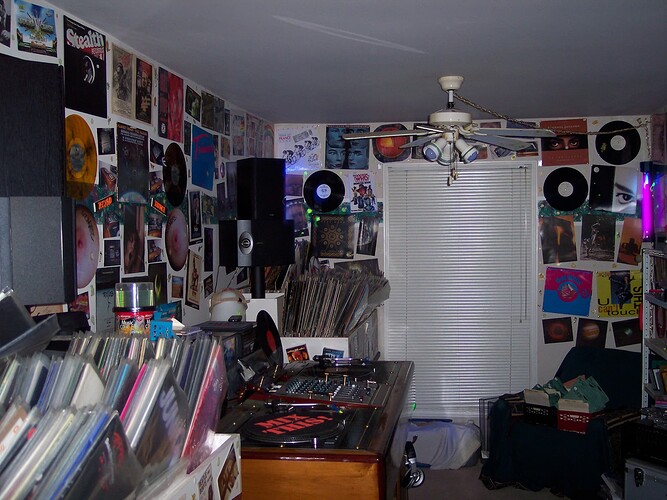 I found the DB4 not to be what I wanted

DB4 is freakishly complicated and can be overwhelming, but I did enjoy its rotary mode and gorgeous master/record DACs.

I always wanted to try the Vestax PMC 37, but it looks like if its sound is inferior to Denon analogs, I probably wouldn’t have used it much, especially since it’s just a fader mixer.