USB Cable Questions (In Relation to drop out and crashes)

While my experience with the MCX-8000 has been generally positive. I run into random problems when I take the unit out on the road. All of which stem from the following drop out issues (I only listed issues that happen more than 3 times)

-8000 freezing, while still sending Serato DJ audio, but does not communicate with with my Mac -8000 completely crashing, causing me to restart the unit entirely. -(This only happens when I play at venues with carpets) People (including myself) with static on them and touching my unit and the unit crashing)

The only thing I can think of to solve this issue is buying a new USB cable for the unit. I already purchased Chroma cables but I’m curious what people have done to rectify some of the more common crash issues (since I know the top two are fairly common)

I personally use Oyaide cables, specifically the neo+ green cable that’s 2m long. Haven’t had a single issue with it.

ChromaCables have those little static dongles on both ends, so if you’re still getting drops after that switch then you have a much larger grounding issue at play. Next step would be to test the power supplies for each unit.

I had one venue where as soon as I would touch the fog machine, all my DJ gear would lock up. I tried all kinds of things but in the end it was the power that was an issue (I even got random shocks off touching parts of the stage). Beautiful club, but old and not properly maintained, so my solution was to refuse to play there anymore. Helped that the owner was a giant arse.

I honestly feel like its the venues I play at tagged with how much power the MCX-8000 actually needs to function properly.

When I go out and use my unit, we have this 6-8 piece LED wall, tops bottoms, another DJ unit all together with connections, a sound unit, and then me.

So I strongly feel its how our roadies utilize the power is one issue, along with the venues.

I am yet to run into issues at home yet every time I go out on the road, I have issues.

Venue specific faults and “works fine at home” issues can be difficult to narrow down.

A plug in mains tester plug is something that we have in the UK which is £10 (ha ha that about $10 then) and it simply has three lights on it which tell us whether the wall socket is wired correctly, has any loose wires, reversed wires, wires touching the earth wire etc. Once you’ve tested the wall socket, plug in an extention lead and plug the tester into that to make sure that’s ok too - and so on 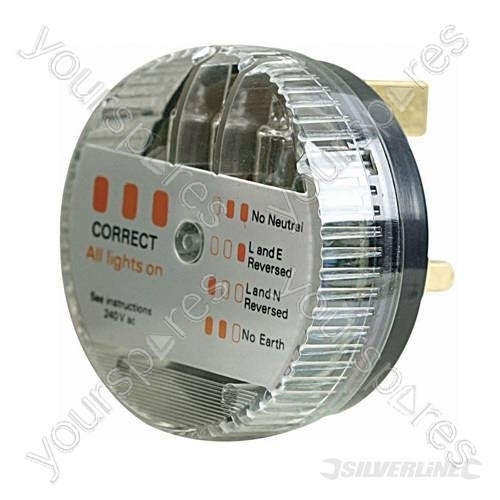 The 8000 is grounded, so is your mac/pc which should become ‘common’ as soon as you plug your usb cable in. I recommend to look at your amps. As the only other equipment that’s connected to the 8000 is the amps, ensure that your amps are properly grounded or lift ground from the amps & all xlr cables are good. But as ToddOddity already said, it just takes one piece of equipment to cause such issues as they all share the power. This might just have to be a process of elimination. Connect everything up at home, then disconnect one by one

@ToddOddity They just came in the mail today and I’m just going to use them all the time now. I don’t think its my current USB cables since I only have problems on the road, but I don’t want to mess with this nonsense anymore.

I had a gig on a boat in Chelsea Piers and my equipment failed due to boat wiring and my boss (since he was MC at the party) flipped out on me, despite knowing that this was an issue and I TOLD HIM about it.

So the power surged, locked up all of my gear five minutes before I was supposed to play the kids montage video (I use Serato+MixEmergency) and the splitter the company uses prioritized the audio to the 1st output (which was the TV’s audio and not our system-which I didn’t). It took me 10 minutes to come to that conclusion but I had to completely unhook and rewire their setup. I can’t have, nor do I have time for that.

@DJ_Boothe I bought 5 of those today. 2 for me, and the other three I’m donating to the company I get the most work at. They have so many problems and ain’t nobody got time for that. I don’t mind going to a venue 20 minutes earlier than the call time required just to check outlets. I forgot those existed. I’m tempted to say its an essential for mobile guys to have.

@crazycraig Yeah, I agree here. It’s going to be a pain working for the one company I’m at since I would have to check it EVERY TIME (including surge protectors) but It’s at the point where my back is against the wall here. I’m trying to keep working for them and I don’t want them to not call me back because of their own equipment messing my stuff up. It’s kind of annoying, but this is where I am.

I’m at the conclusion where a majority of the MCX-8000’s issues probably have to due with it’s need to be on clean outlets without issues. I tested some outlets in my house that I knew had issues, and was able to recreate the aforementioned problems each time.

Denon says its “few and far between” but it may just have to be that not all outlets are created equal. It’s not even a bash on Denon since it not their fault on this one. It’s a going theroy though. I’m working 4 parties this weekend (Saturday-Sunday) and they are all at different venues so I’m going to have plenty of opportunities in trying this out. 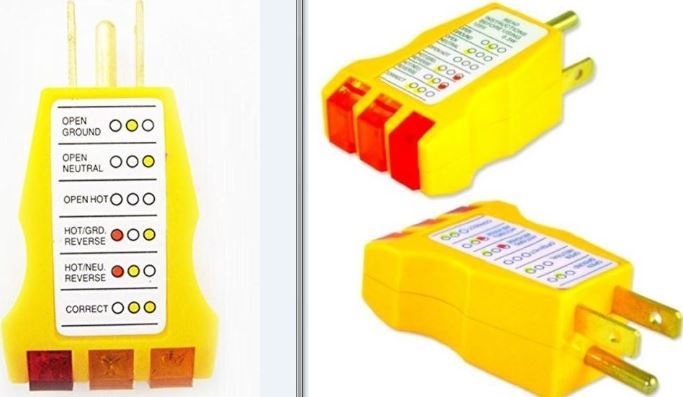 Every time I see those two yellow/oranges squares light up I breathe a sigh of relief.

I was thinking power is an issue as well. I purchased a ups with voltage regulation and will be playing a few gigs with this setup. I’ll post back if that works.

I Have absolutely had the controller freak out when there were dips in power. I couldn’t run a Honda generator in the eco mode for example.

Just came home from working three (!!!) gigs today. With a couple of unit modifications. And honestly some new things I learned about the MCX during that.

I bought 5 outlet testings. 2 of which I kept, and three I donated to my company.

At each gig, before plugging in my stuff, I used the tester to make sure everything wire wise was working out.

If I saw that a plug wasn’t working, I just taped it off. Kids at these parties are notorious of plugging in things into any open socket. Personally I never charge my phone in the wall anymore nor in my surge protector/MCX USB hubs. I keep three power bricks with me at all times.

I ran into zero power issues about switching to the DJTT Chroma cables. However, we auditioned a DJ today and he used instant doubles with his MBP and he ran into a lot of screen communication issues. I’m definitely sure that the PC/MBP you are using matters a lot with this unit.

When I use my VJ unit (MBP 2015 maxed out), I ran into the “common problems”. Screen continues after you press stop (that is the only problem I have been able to replicate consistently). That is probably a firmware thing.

I’m rambling on but basically

The later two are working theories. The MCX definitely however needs clean power to function.

I’ve had USB Distortion issues with MCX8000. It’s really strange. At home, no issues ever. When I go out, randomly crackling distorted audio. I’d setup test, everything works. I come back, turn on the system and disctorted crackling audio. Here is a list of what I’m using:

Crackling distorted audio is usually created by latency. This is where the lappy can’t process everything it’s thinking about, in the time given (eg: the lappy may be trying to do 500 things a second, when it’s only able to complete 450 of them in that second… give it an additional 30 milliseconds on the audio buffer and It can manage it.

With this in mind, are the gigs environments hotter than home … in relation to the tests your doing where everything runs at home but not at a venue? A lappy drawing in hot moist air won’t cool as efficiently as a lappy drawing in hot air. (And no, don’t run fans or acooling lad off of a USB port on the lappy you’re trying to cool… use amajns powered one or one running off of its own power supply)

Crackling distorted audio is usually created by latency. This is where the lappy can’t process everything it’s thinking about, in the time given (eg: the lappy may be trying to do 500 things a second, when it’s only able to complete 450 of them in that second… give it an additional 30 milliseconds on the audio buffer and It can manage it.

Is this a Mac specific issue? Do windows users experience distortion?

The latency issue is something that both windows and Mac users can suffer from.

Some users just wham the latency down to impossibly low levels thinking that an i7 will always be quad core (not all of them are) and that 1ms latency is what they can get away with.

I think the days of controllers and lappys may have been just a begrudged default move but that standalone units like Prime will replace all the midi and latency issues.

I’m not sure this is a laptop issue. I purchased this unit in December of 2014; just over 2 years old. It is solely used for DJ performance. It is always clean and everything is solid state. All apps are off, systems is optimized and all proceedures suggested by Denon’s Support Page are followed.

I do hope to resolve the issue because I like the unit. If I can resolve it, I’m returning it to Denon. In my state, I have the right. Three performances and all had audio issues. I had a gig last night and I pulled out the DDJ-SX; NO PROBLEMS with it.

Any others have idea?

So, we need to establish what differences there are between your lappy and that of those who are using Serato and the 8000 without problems.

If your lappy offers more than one USB port, try labelling the ports and seeing if the issues that you e pertinence are any different in different USB ports.

Are you using a USB hub?

You mentioned that traktor and VDJ give you no issues … did you mean … “with the 8000”?

What OS at you using? Some Apple users have reported audio issues on latest Mac OS

Chroma cables are great by the way.

Issue seems to be power specific from the screens.

Numark have done both. They have controllers with displays built in and they have a block of separate screens

Right but I’m curious about the common issues people have with THEIR controllers.