I’m sure this been brought up before, sorry… about an hour in my set this sync icon appears on my players? I don’t use the sync button sooo why did this just magically appear? 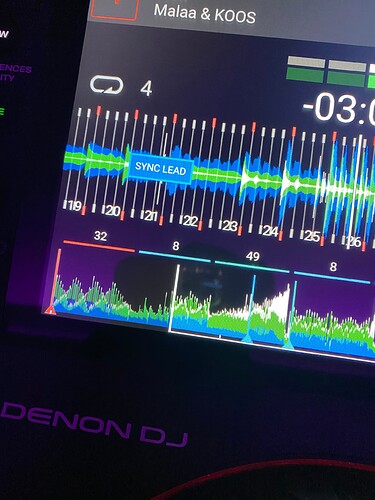 It is lead - MASTER, not synced to nothing.

not synced to nothing

It’s been badly named then. If it appears regardless of sync being used, IMO it should just say LEAD.

Surely an indicator of which deck is the LEAD should be there from the start. Why has it taken an hour to appear?

Also I’d suggest the option of having it elsewhere on the screen. Not everyone will be happy with it covering the waveform.

Yea I understand that it’s lead but that’s not my question I’m asking why did it just appear after an hour in? and what did I do to have it appear on screen? And furthermore what can I do to not have it on my screen.

Only shows up on tracks with flexible beat grids and if You use more than one layer.

I also don’t like it. It’s in the way of view. Many people also complained about it already too.