I bought it years ago, and still when playing with Traktor I’m using the mc 3000. has all functions I need, good headphone output and there’s a great led mapping which make alle leds dimmed lightened for better seeing in the club,

Thanks for your support and really glad to hear your enjoying it! Its a great controller.

One of the bars I used to play at had one of these. Fun little controllers - I always enjoyed using it. Rock solid too - not surprised to hear yours is still working well. Denon gear always built like tanks!

I wanted that little controller if for nothing else then for the fact that it had several advanced mapping files that were available made by a guy with a nick Raycotek (or similar). They had jog FX modes, smart FX mapped to one knob, 2 remix decks,…smart LED feedback (dimmed when not active etc),… It’s was an example of how you can sell more units simply by offering some advanced mapping files for a popular software.

I’ve had my MC3000 for about 5 years for use with Traktor. I added a NI F1 and it was an awesome Traktor setup. I agree that this a great controller with excellent sound, good lighting and rock solid build. Although I recently bought an MCX8000 and so have moved to Serato, I still bring out my MC3000 set up for some gigs when I want to use Traktor and play with Stems and remix decks. I’ve used some of Raycotek’s mapping files but over the years have modified and added to them to customize the functionality for needs. 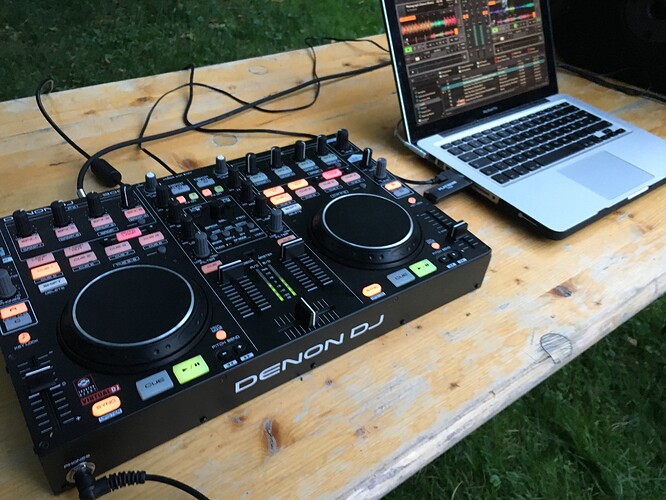 Played a few days ago with the led mapping on.

Compared to MCX8000, how’s the sound quality from the unit?

The MC3000 has a very good sound card and I would say it is very comparable to the sound from the MCX8000.

Has the 3000 in the meanwhile been tested under high Sierra by Denon ? An user here said it Works, but it isn’t still confirmed.

Great controller. I have still my MC3000 and use it in my session on live, records and transmission session by internet radio.

Sound with high quality and easy use.