Hi there, I have two SC5000M’s and they both play at about 5% slower speed upon startup. If I switch on and off the moters I can clearly hear the track speeding up and slowing down. The players start to adjust itself and after about 15 minutes it is on target. I have the feeling the problem is getting worse with the age of the player, I need to wait longer until the speed is correct and I can start mixing without the autosync on.

Is anybody else having this problem or knows a solution? Is Denon working on a patch for this problem? It would be nice if this is resolved, during my last gig I had to restart one of the players and it felt like it took forever before the player was at normal speed again…

Edit: I made a video showing the symptoms of the problem: 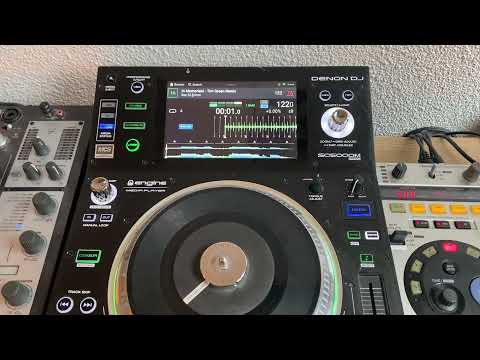 How lose is the platter spinning with the motor off? Do You have any friction? Do You also use start/stop speed adjust?

I have the same problem. It started with the 2.0 upgrade and I run the players with the motor off at about 15 minutes. After that it works like it should. Should be investigated.

Thanks for your respons. I dont think it is a drag issue because I dont feel any friction and the symptoms resolve after 20 minutes. You can see this in the video I added to my original post. I think it is a software bug, or do you have any other suggestions how I can fix it?

I would try to load the software once again… It looks strange, should not happen like that…

Thanks for the suggestion but this unfortunately also didn’t help…

What’s the ambient temperature where your players are located? Unfortunately this sounds quite a bit like a problem already discussed in several other threads on this forum and that is not a software issue. For instance check out this thread: Sc5000m motor issue - #11 by MixMan

I have the same problem here too. I had the sc5000m for a year now and its thru that it started pretty much when i install version 2.0 or up. Same thing here after 20 25 min everything is fine. The player were at room tempeture for a good week…

I had this issue when I bought a 3rd deck sold as ‘almost new’ from Gear4Music last year, so this was before the latest 2.0.0. update. I sent it back for repair and it’s working fine now, but one thing I noticed that is different from my other 2 M’s (that were purchased a year and a half prior) is the platter stiffness. My older ones, when manually spun, spin a full 7/8 revolutions, whereas my newer M’ barely does 2.

Currently in a well heated environment, my two players seem to spin right in the middle of yours. About 3,5 rotations.

I have the same problem with mine. I have two sc5000 units and two 5000m’s. If I even try to beat match the same track on the m and non m, not a chance they line up much like your issue. Turn motors off and they’re fine…but that defys the purpose. They only get used as the third and forth decks for further tech mixing, like adding acapellas…generally more creative mixing. I had this problem going back to the 1.6 update. Clearly a more software than hardware issue as the platters should have target rpms for the firmware to target.

Dude this problem for me is not going away - i connected all my gear up and this issue won’t go away i called Denon and they are telling me to reassemble the machine. here’s just another example and I have a new issue but will start another post for this one - i’m loosing faith in my purchase - Mass inflation is gonna hit the world and i can’t waste money like this 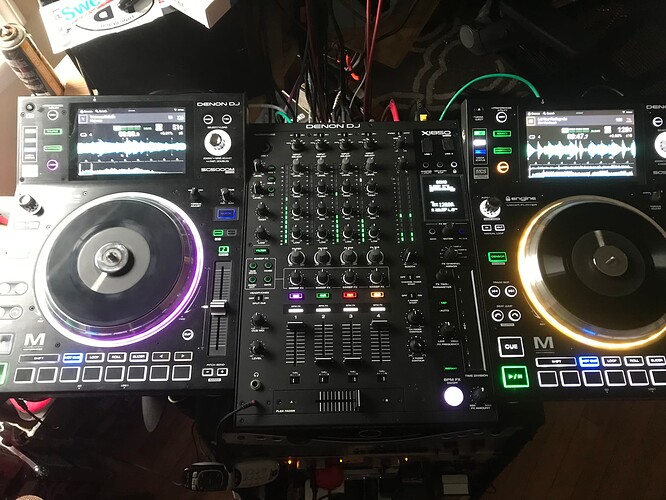 Numark had this problem years back on the old cdx units. It was traced down to the grease in the platter bearings, being hard. After they warm up its ok because the grease softens. The workround on the numarks was IIRC using a drop of very light machine oil on side of spindle and allow it to run into bearing. Or run it for 15 minutes first to get them up to speed.

Anyone got a solution to this problem? I have the same issue with the slow / fluctuating speed at startup. Has anyone had anything from Denon on this problem? Very frustrating as although switching off the motor solves the issue it also renoves the functionality of the platter. I found an denon forum on FB and asked if anyone else was experiencing similar problems and someone else has mentioned the grease within the motor bearings as being the probelm. Greasing the bearings however appears to involve taking the whole unit to pieces which is something i dont want to attempt for fear of damaging something. My units are like new so i dont feel like I should need to be taking them in pieces to solve a problem which clealy links to their original design / construction. I have a pair of 1210’s which I purchased new in 2000 which have never been serviced and keep time perfectly, likewise I have friends using pioneer cdj1000s which are still going strong after 15 years and have never had to take them to pieces. Be good to know that Denon have a solution to this problem as it appears to be far from isolated.

Hey guys so the easiest and fastest way to check and fix if this is the problem just grab a hair dryer and with the lowest heat high fan turn aim dryer to the base of the platter, it fixed the problem for me.

Can anyone give me any advice on what to do about this?

It’s unfortunate that it’s happened just after my warranty with the retailer expired.

Can anyone give me any advice on what to do about this?

There is at least one more thread about this where there is even a DIY solution to the problem, why not check it?

Could you provide a link to this thread, please?

2 posts before your previous post. Solution is to change the grease in the motor bearing it seems