Like overly so. I need to keep the gains at 9 O’Cock and lower while mixing. Is there a way to decrease either the Digital Output level on the SC5000 or the Digital Input Level (Per channel) on the X1800?

Yeah, that’s what I’ve been saying for quite some time. There’s apparently a limiter on the Prime SC5000 & 5000m, or at least the way the low-pass works is also sort of like a range-specific limiter. This might explain some of the sense of crushed dynamics and reduced musicality beyond just the aggressive processing and roll off.

Hoping for a mathematically-easy -6dB across-the-board processing pad that just halves the samples’ level on the players in the next firmware. Past -3dBFS, you’re heading into math errors that occur between the bits, anyway. Might as well give the processing that plus another (apparently less-than since it seems to be using some of it up) 3dB additional headroom to do its thing.

You think the X1800 is annoying with those levels, you’d be driven mad by the Primes into the MP2015 with SPDIF. Unity on the gain/trims of the Rane is 12 o’clock and you have to run even lower than on the X1800 just to nicely bounce symmetrically around the meter zeros for consistent loudness with good headroom. So the players need a pad in their processing and so does the Rane’s inputs, IMO… at least optionally in the Rane settings utility.

I ran em into both a Komplete 6 and Scarlett. Both came in beyond Hot. I didnt check levels as I was just curious to see if it was on the player side or the mixer side.

Unless my eyes deceive me this absolutely can be done v i a the “Utility” setting on the X1800. You went thru the owners manual yes?

Yes sir this can be done thru the Utility menu.

That would unfortunately not address potential limiting going on in the SC5000/SC5000M even if it were the case that there were SPDIF input adjustments on the X1800 utility settings, but I believe you’re seeing either the X1800’s digitial output level or maybe you mean the USB inputs?

There is no level setting for the channel digital inputs on the x1800, only the digital link input.

My gains are at 11 o clock and just taps into the white when mixing.

Sometimes I even have to bring it up a notch to 12 o clock for some tracks that are quiet.

I use the Amazon basics digital RCA cable. 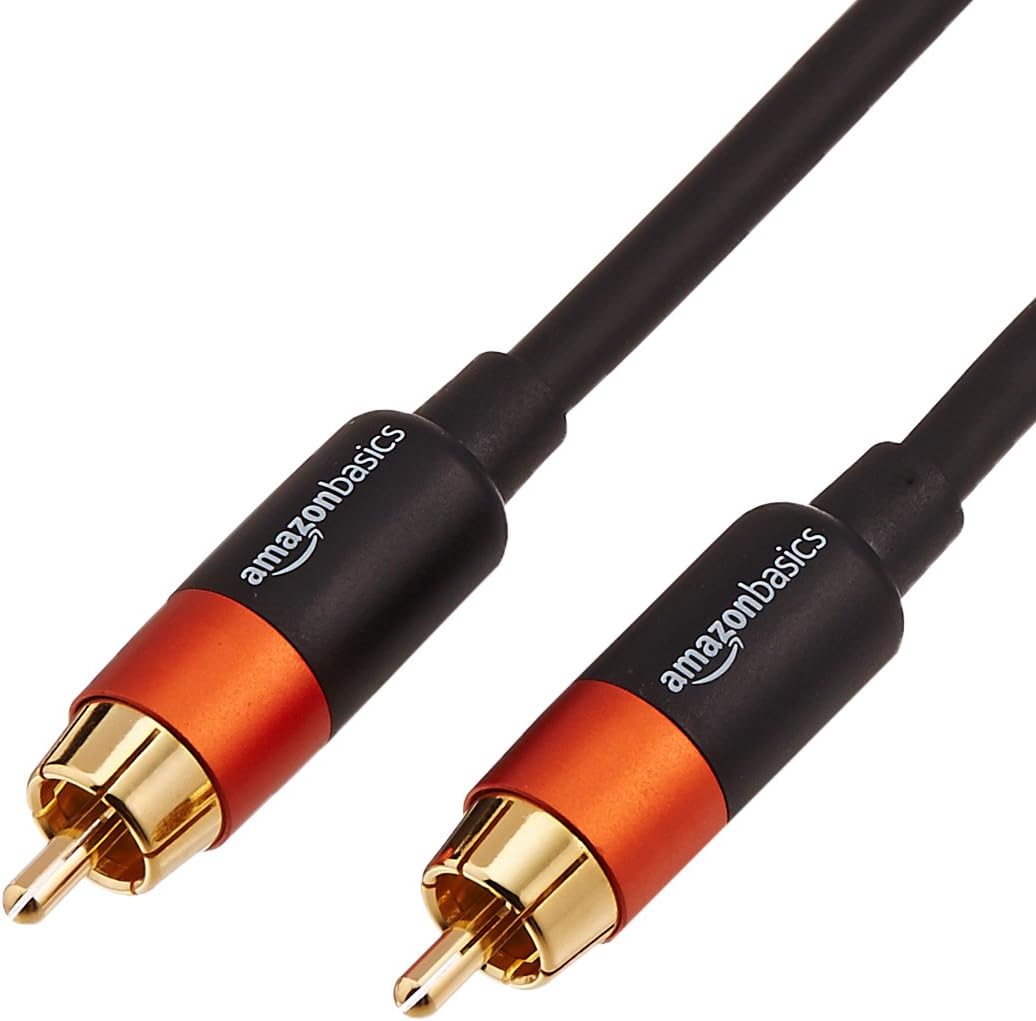 I continue to think there might be an issue with the digital output on the SC Primes as compared to the analog outs, but I don’t think that’s all it is. I don’t know if it’s too hot or compressed or if there’s a sample rate conversion issue going on. The X1800 itself, though, sometimes also sounds like the audio is being squeezed through a tiny little hole, almost like maybe Denon DJ is using some very steep filters in the input stage, eq/isos, and/or output stages that’s causing group delay destortion or some other distortions in addition to the main processing signature the X1800 has. Using the X1800 with the SC Primes’ digital outs seems to heap more of the same on top of itself.

There’s a guy on YouTube running the SC Primes into a DJM900NXS2 using analog connections, and between the use of the analog connections and the use of the Pioneer instead of the X1800, it sounds way smoother, more open, and dynamic all around than the sound digitally into an X1800 then ASIO into the streaming computer that sounds strained, compressed, gritty, and almost like there’s generational loss going on. So if you’re using the SC Prime players, the SPDIFs, and the X1800, I don’t think all the fault is just the SC Prime players’ internal main processing sound or even just the SPDIF on it. I think the X1800 is also a factor in some of the signature that’s part of this similar coloration.

The digital out on the 5000 seems fine going into the 1800 mixer. Can’t blame me for pairing their own models together in specification

Have you tried the analog outs with a high-end analog mixer? Usually a high-end digital mixer with a digital input will destroy even high-end analogs, but here it seems the reverse and that really shouldn’t be the case. That was also an issue with the old 5500.

that really shouldn’t be the case.

Recording levels on music files are all different and it’s not as though mixers don’t have gains controls. That’s life and let’s be thankful that denon didn’t try to put an auto gain circuit in their mixers

I’m talking about sound quality in that last post, not levels. A high-end digital mixer should destroy a high-end analog mixer. The reverse should not be the case. Isonoe is producing like a 4 grand analog mixer just to get close to the MP2015’s fidelity and still they only advertise the Iso420 as measuring better than any other analog DJ mixer they’ve ever measured on their bench. They’ve measured digital ones

That thing’s built in a lab that literally makes state-of-the-art test equipment and it struggles to do what some digital mixers can. And here I’ve got some analog mixers that cost a couple hundred bucks on ebay used that are besting the X1800 sound quality, and connected digitally from 24/96 players when the mixer itself is set to 96khz mode that should give it a huge advantage over the Xone 4D and Mackie D4 & D2. This is weird.

I’m talking about sound quality in that last post, not levels.

This is on the topic. The SPDIF can’t be hotter than the original tracks unless there’s compression or bad sample rate conversion going on. Zero dB full scale is the brick wall. Even if they’re processing in float in the players, the SPDIF can’t transmit that. If it’s “louder”, it’s not like they can just be normalizing or raising peaks on most tracks. Compression and sample rate conversion errors will both contribute to a harsher, heavier, less musical sound. Heh heh, did you really think I was saying hot signals were going to destroy the mixer? I was talking about “destroy” as in sound way better than something else… slang.

So it looks like the analog signals are hot af too. Both using phono preamps and using line input, moving the gain past 10-11 o’clock brings you into the 3+ db threshold.

Oh… if only mixers had gain controls for analogue signals

This also gives you less range of play in the gain. For experienced users its a non-issue, but the large majority of the current DJ community will run those gains hot, due lack of knowledge and experience.

So it looks like the analog signals are hot af too. Both using phono preamps and using line input, moving the gain past 10-11 o’clock brings you into the 3+ db threshold.

You should be peaking over the meter zero. If their unity is at 12 o’clock, then peaking at +6 on dBVu scale seems about right with -9dB of digital domain gain/trim on dynamic tracks mastered to peaks of a conservative -3dBFS. That’s peaks at about -12dBFS after that attenuation. Zero on the meter is about -18dBFS. If you had every track peak at that zero, you’re going to have inconsistent loudness between tracks of varying dynamics.

The x1700 has the ability to pad the digital inputs, which is sort of useful. I think it defaults to -8dB on them. I really don’t find the gain staging that annoying on the X1800, though, as compared to the MP2015 with its weird curve. Denon’s are less touchy below 12 o’clock even on the X1800. The Rane’s weird curve combined with the lack of attenuation options and basically having no attentuation on the SPDIF at all is probably to blame for its weirdness. You put the MP2015 gain/trim and EQs at 12 o’clock and it will never go into the red on the channel strip, but then you’d better be careful with the cues, channel volumes at the bottom, filters, and headphone, as you’re running with pretty much no headroom to work.

I’d put the X1800’s own sound processing fidelity below the MP2015, x1700, DB4, and DJM900NXS2, but I think the SPDIF out on the players isn’t quite up to snuff right now, either, compared to the Pioneers. Do you find the digital outs on the SC Primes more forward-sounding in the mids and less dynamic than the analog outs like I find?