So. Everybody knows that importing the Rekordbox 6 XML in desktop or upgrading the Rekordbox USB stick on Prime results in hotcues that are not aligned with beatgrid. This is so weird and stupid and I decided to play around with the XML and find out what is going on. I created a single-track XML file. Original XML from Rekordbox looks like this:

then everything is perfectly aligned.

Any devs willing to tackle this Pioneer foolmongery?

OK update on that one. Hotcues in wrong places may not be the problem of Rekordbox XML at all. I even quickly wrote a XML parser that is able to shift all the hotcues in the file but it turns out to be useless because the offset is not always there and not even the same length every time. After investigating the issue I came to conclusion that the real problem is with Engine beatgrid analysis that sometimes modifies where the track begins. Grid itself is aligned to beats but all the beats and grid is sometimes a bit off (almost always late, ie actual beat is 20-30ms later than saved hotcue). It seems that for any given track the analysis shift is exactly the same in Engine desktop and on Prime 4 when “upgrading” the Pioneer library on the device.

I have so far not figured out any way to correctly shift the hotcues based purely on the information available in the Rekordbox XML file because based on that I have no way of predicting if the Engine will shift the start of the track or not. Annoying as hell…

If anybody has any bright ideas how to make the library import to work so that all the hotcues are actually in line with the Engine beatgrid then that would be awesome. Currently out of the ideas myself…

This issue of shift between software is well documented and discussed.

Here is a video by mixmaster G explaining it. 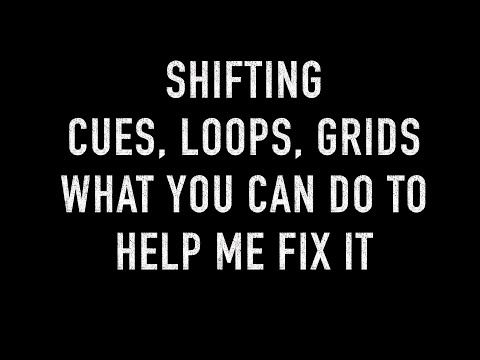