Problem with the grid of some tracks

I recently bought the Denon Dj Prime 4, and I have a problem with the grid of some tracks.

I have imported my music collection from Traktor to Engine Prime.

The point is that the track starts at its speed but little by little the pitch increases and it is impossible to mix with the sync activated.

This doesn’t happen to me at Traktor.

Of course, tracks are bought from Beatport and, as I say, Traktor works fine.

Any idea what can go wrong?

Thank you very much.

Are they quantised tracks? Not old school funk and disco

Run the track through Engine Prime again, use REANALYSE and see if it helps.

When you first import a track from another collection eg Traktor, the Prime and EP defaults to whatever BPM the track came with. eg Traktor may save 100.4 bpm as 100 (whole integer). Traktor knows its 100.4 and the grids will be correct.

Thanks for the help Mufasa.

I’m re-analyzing the tracks again to see if the problem is solved.

Are you saying the track gets gradually faster (and is produced that way) but Engine Prime gives it a straight grid that does not increase?

You will have to go through and manually add grid anchors, adjusting for tempo changes as you go.

It is not a variable tempo track, is fixed at 150BPM.

Another tracks (Alvaro Soler - Sofia (Mark With A K Remix) or Emotions - Feeling Emotions have the same problem. 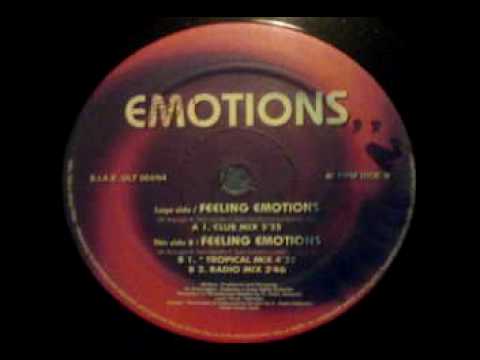 It is not a variable tempo track

…then what do you mean by “the track starts at its speed but little by little the pitch increases”?

I think most people would interpret that as meaning the track speeds up.

Perhaps you mean that Engine Prime has analysed the track incorrectly (wrong BPM) and therefore the grid starts off in line with the waveform but gradually moves away.

That is exactly what happens.

Sorry for not knowing how to express myself well, but I’m not very good at English.

On Traktor, it works perfectly, but on Engine Prime, no.

I have created a new music collection in Engine Prime to see if it was a problem importing my collection in Traktor but no, it keeps analyzing the tracks badly.

What a ■■■■ to have to be playing the grid on Engine Prime, I have a collection of 27k tracks and it is difficult to know which one is going to be badly analyzed until I do a set and use that track.

If most of your tracks are fast, then you will probably have to change the analysis “window” in Engine Prime (which is quite narrow).

I really don’t know why in 2020 it’s necessary to have such a window. Surely we should have software which is smart enough by now.

I upload two videos to see the problem:

Click on the Minus - icon to line up the grids when it’s drifting and check further into the track.

Why is it even wrong though? The analysed BPM is 150 so it shouldn’t be drifting away like that.

So we can test with the exact track.

It’s on Beatport. Sharing here would be illegal.

Well it’s for testing lol. He can share for 10 mins and delete after.

Is he playing from beatport?

I know, I have the track set to 150bpm and I have moved the grid and it is going well, but I would not like to have to do this track by track, since I have more than 27k.

I don’t know why if the bpm is right, the grid moves as it plays.

I have set the track to 150BPM, since ENGINE PRIME set it to 150,300, I have moved the grid a little to the left and that track is already good, but if I have to do this with each track, it is a pain in the ass.

You think illegal file sharing is funny? I wonder what Denon would think. It’s their forum you’re using.

He said in the first post it’s from Beatport.

This is for testing. Even if you were dealing with official support they will tell you to send the track for them to test. There are a lot of variables that could be in play, yes its from beatport, is it wav, aiff, flac, m4a or whatever.

@xXMulliXx i tested the track in 3 softwares (engine prime, serato and rekordbox) and you are correct engine prime has it as 150.259, the others have it as a flat 150.

No algorithm is perfect and i’m not sure how to advise you. But they will continue to improve it.

I’m aware that some third party conversion software can re-insert your source bpm into engine prime, you will have to do your own research.

Thank you very much @mufasa and @PKtheDJ, i will have to go track by track to get everything correct.

This is for testing

Doesn’t matter what it’s for.