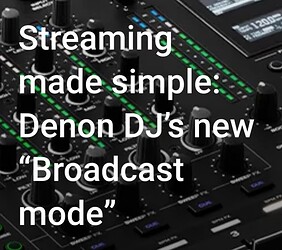 Broadcast mode for the prime GO… Wil this be possible with a future update?

Even better: A driver on your android/iOS phone to capture the “REC OUT, Booth or Master OUT” of the GO. With this cable: usb-b to usb-c 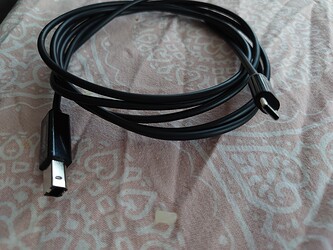 I join this question. I set up a similar post on broadcasting straight from Prime 4

I think for the Prime4 it will be impossible to broadcast over USB. Because the soundcard in Prime4 can only be uses when it is in PC Mode. But in PC mode, it can´t opperate as standalone.So USB streaming while in standalone mode will be impossible because of it´s hardware.

Don´t know how it looks for the prime go.

You may be right - but having just given this some thought, in ‘controller mode’ the P4 controls all still send data. They just send it to the internal computer rather than the external one.

So if the P4 always works as a MIDI controller, but either controls its own onboard computer or an external one, it should just be a case of enabling access via USB.

Maybe there’s no point anyway, as it wouldn’t be standalone (you’d need to connect the USB to a computer) so why not just use controller mode?

I’ve found it easier to stream using the P4 with VDJ than feeding the audio from standalone mode into (e.g.) OBS.

Well i guess the most effective way to find out, would be to create a future request

I know how you mean it. But that will only work, if they can capture the audiosignal from the internal soundcard to a network. If the soundcard isn´t able to feed it also to network, it will not be possible.

For that function, they have to code a whole new driver for the internal audiocard, and this will only work, if the card has an i/o pin to get this signal from. if the soundchip has not such an function, it will not work. (on windows some old soundchips had - “what you hear” … so you can map the internal “what you hear” to network).

Thank you for the technical explanation. I hope there is and they will make such a modification.

I bought Prime 4 and I miss the software’s ability to stream (broadcast) on internet radio directly from the Prime level. Can you work on it. This option works very nicely in VDj. Greetings. [Broadcast]

Wouldn’t be that unrealistic to get this ability to the other Prime devices aswell. I`d recommend patience :))