Hello, I’ve had Prime 2, since about May 2020. This is my second unit, which I will explain at the end. The system has been running pretty well for two years, aside from an occasional freeze or software issue. Tonight I have updated to OS V2.2.0 and now I have a problem with the headphone output. Even when neither channel is ‘cued’ there is an output from the headphones that is direct from the main track playing. If I press the cue, the volume goes up, so at some level the cues buttons are working. Equally, if I choose to play a track direct from the menu, using the little headphone icon on the touchscreen, this also kicks in. The analogue (I assume analogue) dials for the headphone outputs work fine, so I can adjust the amount of master and cue volume to the headphones and the overall volume. However, there is no arrangement that actually kills the Master track output to the headphones, it is playing continually. This literally started tonight only after the update. I’ve tried rebooting a couple times. I’m concerned that this might be a hardware issue rather than software, and therefore requiring repair…

The first unit was returned in the first week, due to a continuous output from the headphones, when not cued, and massively over amplified - like a blown speaker. I was directed to return the system after seeking advice on here. I’m hoping that this is not a related incident, and I wonder if this is evidence of a common cause fault. Any help would be most welcome. do you think this requires me to send off for a repair? Not sure how to do this.
Thank you in advance Samantha

Ok this sounds silly. Have you got a knob that says cue to the left and master to the right… if so turn it to the left and it will output only the cue button. Turn it right and it outputs master. Leave it at 12 o clock and it splits it. For volume try turning down the headphone volume on controller and or in settings 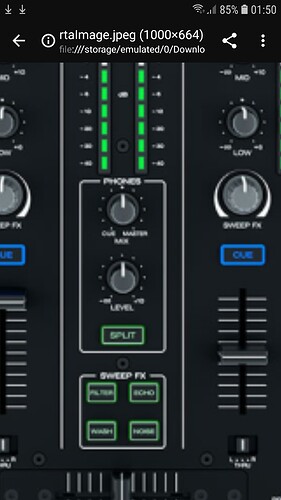 This is from The prime 4 but you should have the same. Page 8 of the manual

Hello. Can I first say thank you for getting back to me so quickly. The issue was not related to the headphone volume setting, which remained the same before and after the update to 2.2.0, which I undertook last night.

However… what you did prompt was for me to go in to settings, which I had not done. I did a settings reset (didn’t know that was an option) and a reboot and I am back in business: satisfied with no further explanation, because I’m already accustomed to some quirks with the system freezing after being on for a couple of hours, when I try use the touch screen to load tracks to deck 2. I would have probably not gone in to settings for quite some time without your prompt so thanks for the different perspective.

No problem at leadt that bit is sorted. Just the freezing to deal with. Any more info on this.