It will be a shame if they do discontinue it, it strikes a nice balance between a full SC setup or Prime 4 (which is not far off an SC setup size wise) and the Go. I have an SC6k setup, a Prime 2 and a Go they all fit different needs, the SC’s for home use, the Prime 2 for garden parties and the Go/Prime 2 for parties out and about. The Prime 4 is just too close to a full setup for me where as the Prime 2 is a good size to take out.

@engell I dont think you can compare the Prime 2 and the Mixstream, the Mixstream is more like the Go. I also dont think the P2 is “beginner” its pro level just only 2 channels 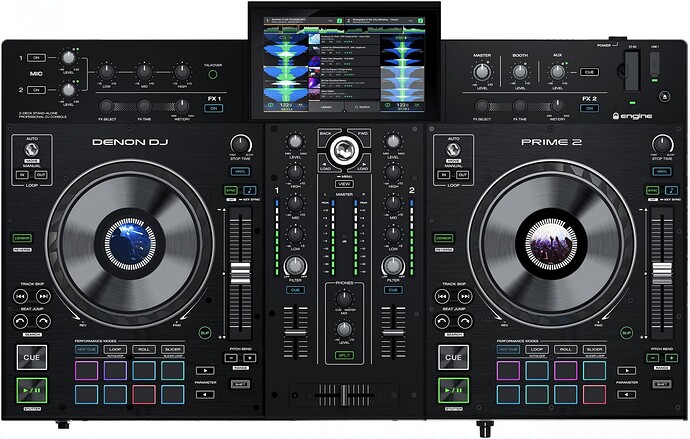 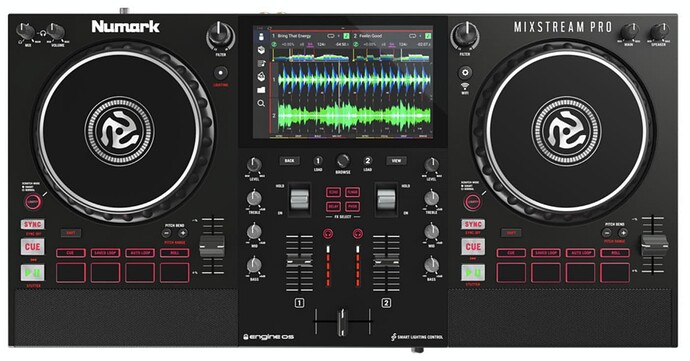 Maybe in the eyes of you and me, but from a marketing pow, in the eyes of a beginner…They see 7 inch screen, streaming and a 480$ dollar saving if they go with the Mixstream. (in the shop I work, thats the price difference)

But I dont know if its discontinued and if so, why.

Yeah I think you may be right, I did always think the P2 was a little bit more expensive than it should have been. The P2 strikes just the right balance of functionality and portability for me the P4 is just too big I may as well take my SC’s. The more I think about it the more I think you are right I would guess that since the Mixstream has come out I bet they are shifting loads of those and the P2 sales have fallen off a cliff so makes sense to ditch it.

In the event the P2 has been discontinued I would not see this as a bad thing as it would suggest that Denon would be coming with something new.

Personally I would rather have a P2 than the MSP I just think it looks better but the MXP for the price is a good deal.

I went with Denon over Pioneer due to the innovations Denon has mapped out, yes there are issues and some key features are missing in the OS such as smart playlists, but I have saved x amount £££ buying the denon’s which have had several updates plus a new data base compared to what ever Pioneer has released.

As others have said on Facebook, it’s likely that global logistics are causing supply issues for certain components which are common to both the Prime 4 and Prime 2. Eg: CPU , RAM, displays etc

If inMusic could only make the Prime 2 or the Prime 4 in the current component shortage, it’s pretty obvious that they’d keep the Prime 4 availability going strong.

Just my two cents but I think it’s overkill having 3 two channel standalone units in production. Sure there are differences between the two, but none substantial enough to warrant all of three of them coexisting. If anything I’d say that the GO and mixstream fill more gaps in the market being entry level and portable standalone options. If they did indeed discontinue the prime 2 it makes sense that they chose it over the other two options.

All that being said, if a motorized prime 2 comes out of this I’d be very happy.

Where have you heard they need the parts for other things?

We’re a Denon dealer and when we were told it had been discontinued that was the reason given. Pioneer did a similar thing with the DDJ-SX3. Which stunk because it was one of our best sellers.

Thanks for clarifying. Obviously with what’s happening around the world, parts are going to be tight and prices high. I wonder if there is something new around the corner. What do you think?

Very true! Sadly even if I knew I couldn’t say!

But! I haven’t heard of anything Denon related.

I got an email from DjSuperStore saying the Prime 2 is £899 for this week only so it looks like Denon have given up on this bit of gear. 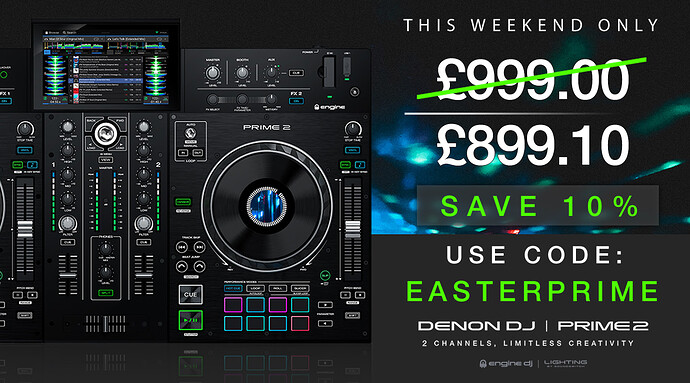 it’s likely that global logistics are causing supply issues for certain components which are common to both the Prime 4 and Prime 2. Eg: CPU , RAM, displays etc

If inMusic could only make the Prime 2 or the Prime 4 in the current component shortage, it’s pretty obvious that they’d keep the Prime 4 availability going strong.

Not so much a “given up”. It’s more likely that they’d rather use the key components, common between the prime 4 and prime 2, in Prime 4s

I agree, but why reduce the price so much?

What’s the problems with Engine? I’ve never used it, would be coming from Traktor

@kradcliffe Sell the 8000s to pay for the divorve. Then buy the prime 2… Just a thought

Although I’m not sure if the P2 is discontinued. I can definitely say as of 5 minutes ago it is still listed for sale as an item currently in stock at the BH photo video store online (currently not in stock at their NYC store) 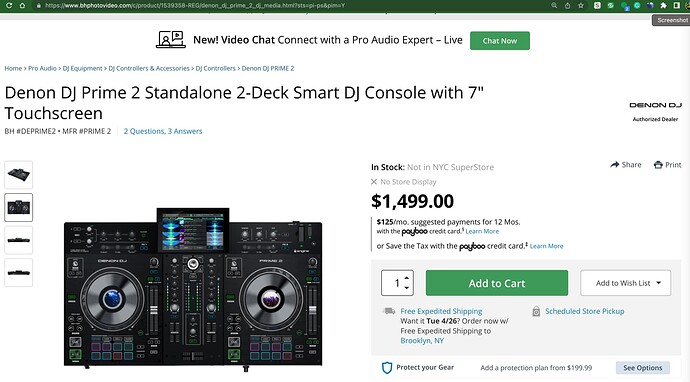 I have someone who works with denon. I know that there is a fresh delivery of prime products from the Manufacturer, including the new prime 2. I ordered directly from denon and they have massive supply shortages. Even they dont know exactly when products are coming in. (But others like dyson keep me also on hold, because they have no products).

So in short its probably not discontinued, but shortages lets denon keep focused on other products or all products have shortages.