When are denon going to pull their finger out and do an update for the fireware for the MCX8000 absolute joke.

Last update was over 11months after Mac released there update.

It’s as if they have almost dismissed people who use the 8000 for prime users.

If I don’t receive a reply from someone from Denon I’ll be leaving and swapping all my product for a brand that can keep up.

When are denon going to pull their finger out and do an update for the fireware for the MCX8000 absolute joke.

Last update was over 11months after Mac released there update.

It’s as if they have almost dismissed people who use the 8000 for prime users.

If I don’t receive a reply from someone from Denon I’ll be leaving and swapping all my product for a brand that can keep up.

I have the M1 chip on my Mac. My controller isn’t working wit it

Engine Prime (music preparation software) works with M1 processors, Mixing software like Serato Dj Pro also works and many more … What software do you want to use the MCX8000 with?

It’s the latest version, when using serato there’s no issue.

The issues I’m having is the waveforms are distorted and don’t keep up with track changes.

Waveform lag or latency issues are generally related to the performance of the Mac and the “ram” memory and processor requirements to operate the software properly, and the software sending inbound and outbound data streams to the MCX8000.

Are there applications running in the background in the Mac or is there an anti-virus, it doesn’t take much to reduce GPU (Processor) performance or consume memory unnecessarily.

In addition, I forgot … Macbooks do not have USB3, you have to use an adapter, so you must not neglect the quality of it.

Unfortunately with M1 type processors, one should not expect miracles either, they will never be worth the performance of an “i5 or i7, i9” processor, the M1 range is the Mac of all public (despite the rather high price) roughly speaking, it is a product said to be compatible with certain applications. I have two macs from mid 2012, one of 13 “and one of 15” and the day they let me go … I will go to Microsoft and I will invest in a gaming laptop, I will pay it much less than a Macbook whose prices are no longer justified (luxury disposable) and which we do not change anything by ourselves: “ram memory, SSD, bluetooth card, battery …” " THIS IS MY PERSONAL OPINION "

I get what your saying but this is a brand new MacBook Air.

It was working fine on my old Mac.

It’s as if it can’t handle the speed of the new Mac if I’m honest.

I’ve not changed the cable that was supplied with it.

Unfortunately with M1 type processors, one should not expect miracles either, they will never be worth the performance of an “i5 or i7, i9” processor, the M1 range is the Mac of all public

Hmmm this is not the impression I get from all the reviews.

Most reviewers and users say the M1 leaves the Intel equivalent in the dust. 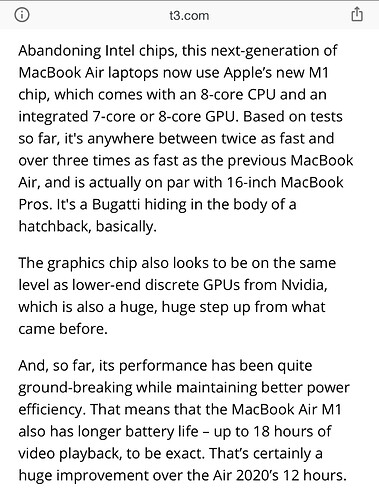 The manufacturing cost of an M1 is much lower than an “i” processor so they apply a larger margin and the advantage of this range of processor is that it is universal, it can accommodate operating systems : iOS, MacOsX and recently Windows 10. They will not say that it is blah or bad and besides, I did not say that! But it’s a good scam.

No it’s not. Putting R&D costs aside. Intel are stuck on 14nm (give or take, yeah I know their 10nm process is taking off), whilst Apple use TSMC as the fab and are on their 5nm process.

5nm wafers are orders of magnitude more expensive than the ones used for Intel’s 14/10nm process. Intel’s 14nm process in particular at the moment is dirt cheap and has very, very good yields due to how old it is.

Please stop with the misinformation, or just don’t comment on topics where you don’t have a good understanding to back it up.

Lol, I work at the Appstore France “Confluence Lyon” was a trainer for 5 years for the Darty and Boulanger stores. Then you are free to believe what you want, but Apple pays for good sales communication on various sites, they have to sell! And thank you for product placement and merchandising and sponsorship! The prices of spare parts are exaggerated (very margin of coefficient of 3 to 4!), But hey it benefits us! For the as and our displays and our shops. The Macbooks were made obsolete in mid-2012 in June of last year and the next ones to follow are the 2013 and 2014. A computer from this range can easily spend 10 years of use and without worry! except that we will no longer have to rely on our after-sales service. Only possibility … generic parts.

I am internally, I see the hidden side! I was offered products because we have really good prices (sales commission and other advantage), iPhone, iMac, Watch, AirPods, HomePod & Apple Tv … But Apple disappointed me! Steve Jobs will be really very disappointed with what has become of Apple.

But the problem is not there! We are trying to find a solution to the problem with the MCX8000. But please don’t attack something you don’t know much about or experience internally.

But apparently don’t know much about the cost of individual components or the agreements between companies regarding wafer costs etc. That’s OK, in fact, it would be very odd for your average salesperson to know such things.

You specifically stated the manufacturing cost, not the final sales cost and said it was lower than a competing intel product. That’s what I’m disputing here, so 90% of your reply is “lets throw everything I’ve got against the wall and hope it sticks”. It doesn’t, it’s largly irrelevent.

Final sales cost, or employee discounts have nothing to do with this at all, I’m not disputing profit margins, I know profit margins at Apple are very good, even your average Joe knows that. 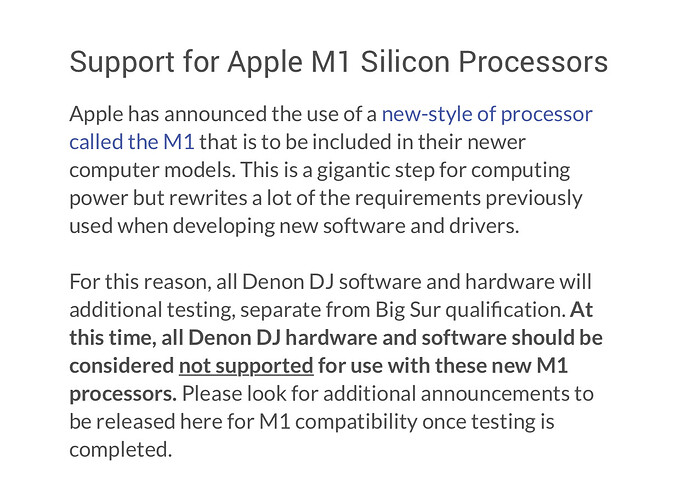 To use CERTAIN products with Macs equipped with M1 processor, you just have to remove the driver when there is one and miraculously it works.

Quite simply by what I went through several stages, I was a small basic salesman then a qualified salesman, then I took the rank internally to be a trainer and finally, I found it very average and I do not wanted to travel more and later … I switched to technical support and honestly technical support is no longer as fun on new products compared to those which are 8/10 years old which were still in the workshop at the beginning year 2020, we are more of a welcome “customer service” to receive products with various problems due to lack of knowledge of certain customers or for damaged products ". It was a pleasure to repair them one piece by if there. Now we change everything or it goes to another more advanced technical center for complex repairs and our repair times are much longer, making our customers frustrated because of the expectations. And this is where sometimes, it happens that documents come back with repaired products inadvertently indicating prices that we should not be aware of and this especially since March / April 2020 … during the strong COVID pandemic because the telecommuting was almost imposed, so there were many more awkward accidents: cup of coffee or other drink on the Mac, people tripping over the charger cable dropping an iPad or Mac halfway up , we were overwhelmed. In terms of quantity, M1s are much cheaper, which proves that there is still room. The M1 type processors are new and the novelties are always a little more expensive during the first 2 years of distribution and the chain productions are slightly slower in case the products are perhaps shunned and besides that of a country to another, there are communication / distribution delays ranging from 3 to 6 months. Also in the State you had the Mac equipped with M1 “6 months” before France ?? It’s interesting to debate … but not on this site! This will be the last word and I apologize greatly for this off topic. SORRY !!!

The great strength of the M1 is the compatibility of iOS applications (currently partially blocked) when all applications like Serato Dj Pro and company will be able to run on iOS these Macs will be rockets.

Did you try a non M1 computer with the same serato release + the 8000?

Heard of the Dunning–Kruger effect?

Once more you succeeded with writing a whole lot of information, none of which being relevant.

“the most qualified people would tend to underestimate their level of competence and would mistakenly think that tasks that are easy for them are also easy for others.”

Yes, I know and that’s why I progressed quickly

For the moment (in France) … the majority of professionals Photo, videographer, web design and music production still remain on “i” processors because there is not enough back-up, in stores the Mac M1 are sold to students or people who can’t afford to put more than $ 2,100 in a Mac, the most expensive Mac M1 sells for $ 1,699. 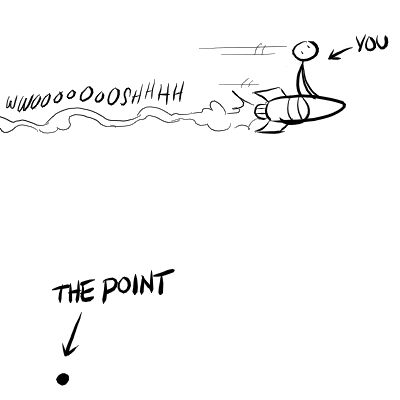 Also proving the Dunning-Kruger effect, though not the part you think you’re proving…

Additionally paragraphs are a thing… please use them, reading a wall of unbroken text is never fun.

Will try today on my older Mac