I ask this question again with photo, may be it will be easier to understand me. I would like to work sometimes on my left side only and sometimes on my right side So is it possible to have 1 first music on deck 1 then second music on the same speed on deck 3? I seems that when i use deck 1, I can’t use automatically deck 3 on my right side; only deck 2 or 4. If i use deck 3 then next music has to be on deck 2 or 4. Is there a solution? 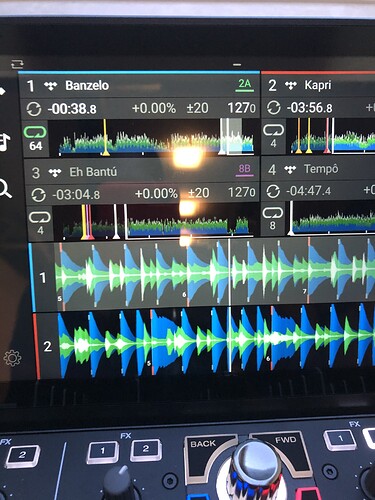 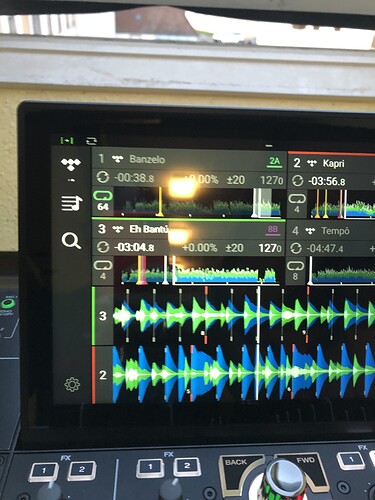 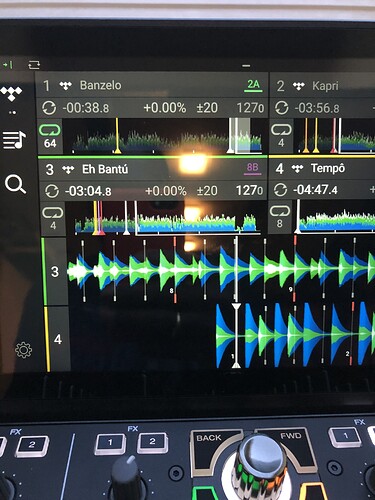 Yes, just click deck selection button when You load up the deck 1 and then go to deck 3.

Thanks you to answer.

But it isn’t my question!

My question is I would like to make a mix between music deck 1 and music deck 3.

But I can’t see the music on same screen at the same moment.

So for sure When I will do the transition, deck 3 music will be synchronized with deck one but NEVER on the same beats because I could never seen music deck 1 and music deck 3 on the same screen!

This is my problem!

So I want to know how can I manage to see both music one upper the other one to put them on the same tempo, same beats!

Simply Change to vertical view by holding shift and pressing view that’s the only way you can see deck 1&3. Cheers

By practice and listening.

Just because you can’t see visuals for a track doesn’t mean that it can’t be mixed. Alternatively, adjust workflow so that when you’re mixing on 4 decks, you always flow from the left to the right to the left over and over.

Your first question says nothing about seeing the decks on the display, you asked literally how to use decks 1 and 3 at the same time to play music, not display things. Check Your question next time before posting.

@djpatiecho The Prime 4 (like all consoles all in one) has only two control units so you can only control two songs at a time, even if you have the ability to play 4 songs. The display with horizontal mode shows magnified (rightly), only the two waveforms that at this moment you can adjust using the two decks to the left or to the right.

So if you have to adjust both songs at the same time, you will have to load one song on one left deck and the other on the right deck. You cannot control deck 1 and 3 simultaneously for example (as they have already written above).

It’s not that easy when you try dj since 2 weeks! I tried, but it’s easier if the machine helps!