Hi, This is my first post and I’m sad to say its not a good one I have only had my sc6000’s and x1850 for a week and already I have had to contact support for issues with the mixer but a firmware update appears to have solved that one. I have been experiencing issues when manually beatmatching with the players going off time and out of sync when looping tracks etc, I have been investigating playing with settings and such to try and find the cause when I noticed, one jog wheel when on the heavy setting to create drag to the platter results in a scraping sound on the RHS deck but not on the LHS,the RHS also clearly has more resistance than the left and is not as smooth. other users have highlighted these issues before on earlier models on both this and the sc5000’s . I am awaiting a call back from the retailer to discuss, what’s most annoying is the price I paid,apparently £1250 not does guarantee quality. I have bought and used many denon products in my time but none have had issues from the start. here’s a link to a video showing the issue.

I had a similar issue with mine.

One deck’s jog wheel felt far heavier than the other when both were set to the same Wheel Adjust position. ie. Both jog wheels are on the lightest setting. One has more resistance and spins about half as long as the other with the same force applied.

I had several other issues as well. I returned them both for a refund.

There is a thread on here about the jog scrapping and inconsistencies. There clearly is an issue with the implementation and quality control. I adjusted both to a setting that works and have forgot about it. Hopefully once the players are widely available there will be some type of fix released. If you are really not happy then i would return them. Inconsistencies in the jog and pitch seem to be a regular complaint. I am sure Denon will get it sorted in later releases of the gear. Hopefully they will look after those who adopted early.

These at least seem to be later production models as they don’t have the noisy bearings (like older Pioneer players) of the first run. I had the grinding sound on the better player, as well. It has since improved a little. But your left-hand player doesn’t scrape at all.

Thanks for your replies, its nice to see that denon have done nothing to improve their quality control as this issue is clearly ongoing. I was aware of the earlier threads but its apparent Denon aren’t doing much about it. I reached out to my retailer and shared the video with them, they agree somethings up with platters and Denon asked to see the video (DENON already know about it) so they can investigate…what? its clearly an ongoing quality issue, but I have to play there game. Once stock allows it will be exchanged for a new one (hopefully pot luck I get a better one) I unlike others, I am not prepared to work around this issue as its clearly Denons fault. DENON , if you actually read this, c’mon guys fix this quality issue, its not hard to check, spin the platter, if it sounds and feels like S**T, then it probably is… One last rant, any other UK users not get the locking IEC , mine shipped with standard, IEC. not bad for a company that went to great lengths to advertise and show the locking IEC as a feature and then not ship with them…mmmmm

Totally agree it’s not good enough but Denon clearly have massive issues with this player. Its been over a year since they announced the product and are still struggling to get it out in serious numbers to the public.

its not hard to check, spin the platter, if it sounds and feels like S**T, then it probably is…

It costs more money for the factory QC, I don’t believe every unit that is shipped goes through it. More like every 50th or 100th.

Had different weight on my 3 SC5000’s units, after some use they all feel good and equal

They will never get bigger parts of the market if they cant deliver on quality. I mean, you can say the CDJ3000 is not “up 2 date” as much as you want, but you know you get consistency and quality with pioneer. Thats for sure!

Well… The quality… My friend bought 2 of the 3000’s but had to give them both back - jog wheels were completely grinding and noisy. Other guy I know, had to send back to service/swap because of software issues. On Pioneer forum You can read at least the same amount of complains as anywhere else about quality, inconsistency and other issues…

Jog wheel are ■■■■ on CDJ3000’s . Tons of unhappy consumers on forums. They have lots of quality control problems.

Arent the jogwheels the same as nexus? I mean never change a winning thing. I’ve just seen James Hype mix on those and he is more fire than ever.

They even put it in their release video for CDJ3000, that the jog wheel is redesigned for better performance, durability, bla bla bla… Well, we see it at the random users how great the redesigned jog is…

Arent the jogwheels the same as nexus

To add to this topic, the “noise” we hear is the platter brake system. The problem more or less is the inconsistency between units. That would be QC in the factory, which will be dealt with I’m sure.

Just checked my jogs again after owning the decks for a few months. The deck that seemed to be a little tight at first but had no scraping has loosened up nicely and feels very good. I imagine this is the proper implementation of the jog. The other that felt looser out of the box but had some scrapping now has progressed to having the warbling sound when you spin it fast. Definitely seems to be an alignment issue.

My advise to anyone that has a deck that scraps or seems to not be aligned out of the box is to get it replaced by the seller if possible because in my experience the issue only gets worse over time. 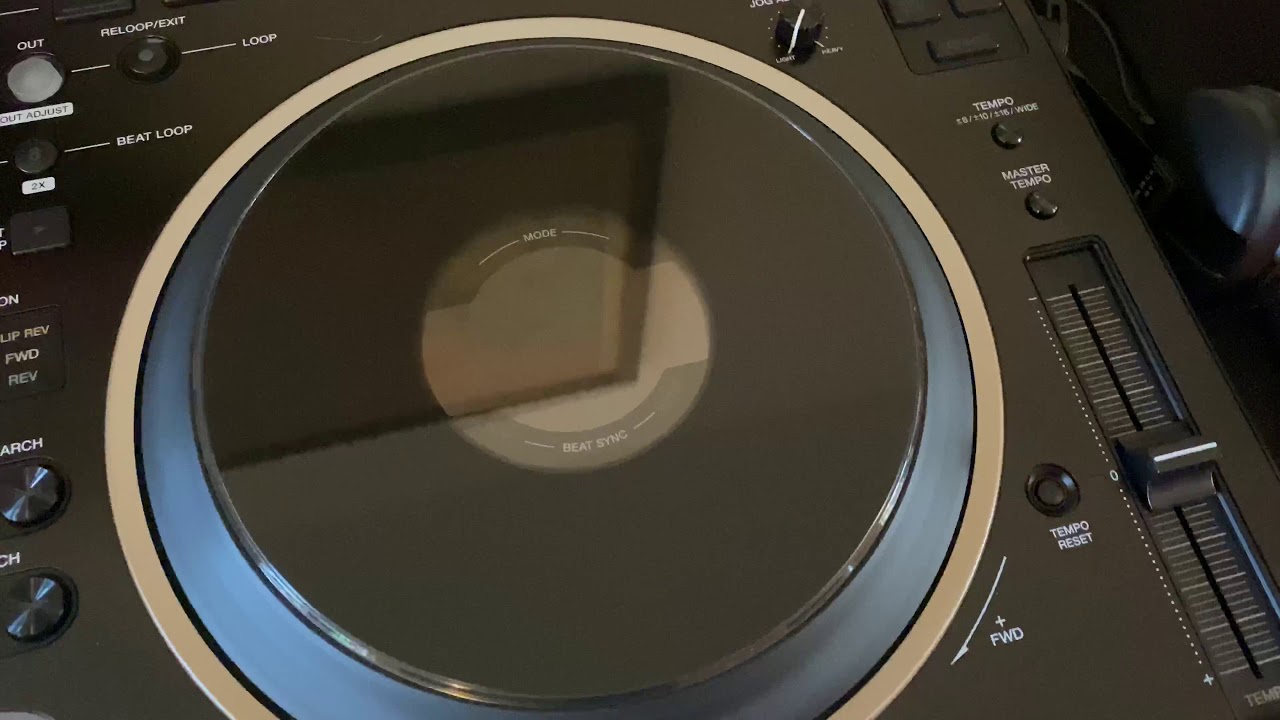