I like Etymotic Research, which I’ve been using for 23 years, but I also have some cheap, blue Sonys with too much bass, not enough highs, and nowhere near the isolation or fidelity but that still sound clearer than a lot of headphones and do block some sound.

Related to your interest in IEMs and headphone-only mixing generally for DJing:

I was intrigued by what I’d read about these KZ IEM’s, so decided to investigate. …but i went for the cheaper ones.

They arrrived yesterday, & I’ve only had time to have a quick play last night. But on first impressions, I’m impressed.

I’ll report back later, when I’ve had a proper session with them.

i went for the cheaper ones.

Yes, there are even cheaper models than the two I bought. And also if you have the patience to wait a month, you can buy them in the official KZ store (aliexpress.com) at a lower price.

We await your comments

inclined to keep the ZEX PRO

How do you compare the size of the two? The ZX10-PRO is pretty small, is the ZEX PRO phisically bigger?

I’m about to buy a new set and gold cable, the ZEX PRO sound like a good choice

How do you compare the size of the two?

ZEX-PRO is slightly more “fat” as a thickness, that is the part that goes into the pavilion of the ear. It has a kind of tongue that looks like a small wing, which rests on the cartilage of your ear and helps it stay in place. If your ear has that cartilage, then you’re fine with it. Otherwise you find that kind of wing that leans against the pavilion and maybe bothers you.

Yes, a little bigger. But it fits comfortably in the ear.

Maybe if you are looking for pictures on the internet, then it becomes clearer what I mean by “inner wing” in the ZEX Pro. Otherwise if you are patient until tomorrow, I will send you a picture for comparison.

Yes, I think so too.

How do you compare the size of the two? The ZX10-PRO is pretty small, is the ZEX PRO phisically bigger?

As I promised, here are the images of the two models, the black one is the ZEX-PRO, while the blue/aluminum one is the ZX10-PRO. I have highlighted the small inner wing of ZEX-PRO, and you can see both models being worn to evaluate the size. 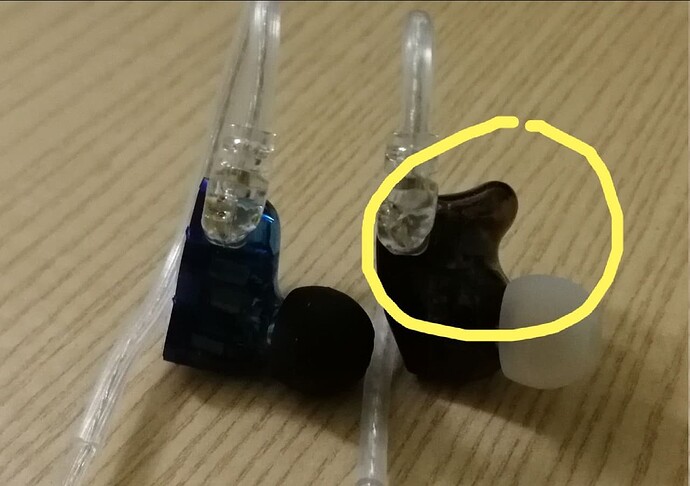 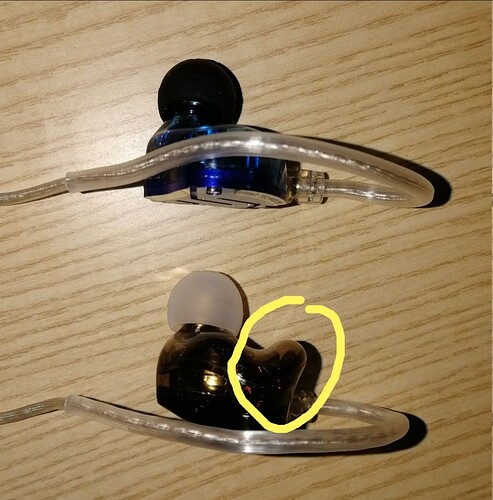 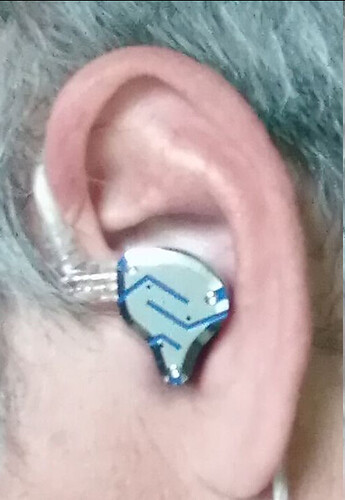 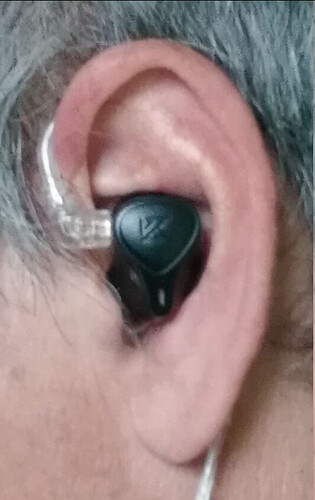 Thanks for the great pics! I’ll buy the ZEX!

The ZX10-PRO’s are great, I believe the ZEX will be very good too. I’ll come back in about a month, as the delivery from china to Brazil takes a long time

So, the cheaper KZ ZSN IEM’s…

Bear in mind, my ears are knackered. I’ve DJ’d for 40 years, & definitely have some hearing damage in my left ear. So i’m probably not best qualified to comment subjectively on sound quality/frequency response etc.

To my ears though, these offer a very full sound. Possibly a little bass heavy, but not overbearing at all. I’ve been playing through lots of my favourite tunes, & they’ve kept me engaged, & wanting more. I have changed from the standard tips to Comply 500’s, so that’s probably helped the seal & improved the bass response

I’m DJing on a corporate event on Friday, so will make the effort to DJ at least part of the night with them. But i’m quietly confident they’ll be up to the job.

Both ZX10-PRO’s and ZEX PRO’s are really good buys. 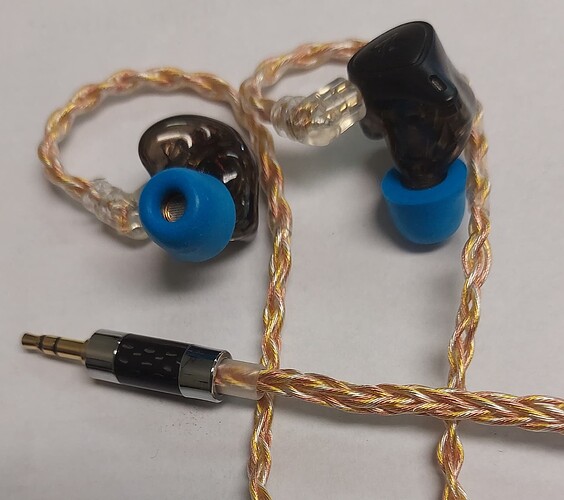 I confirm, I too have been using the ZEX-PRO for about a month and I feel really good, both in terms of comfort and acoustic performance. Very nice your special cable, how much does it cost?

It’s a nice, very well made cable. It’s thick but soft and doesn’t fell heavy in use.

Can you make a listening comparison between the original cable that was certainly included in the ZEX PRO package, compared to when you use the special cable?

I wanted a more robust cable, as I will use it for djsets. Really liked it, it looks cooler, well made, and sound good. The carbon fiber connector is a bonus, being a mountain biker, I have a passion for carbon fiber parts/components

Buy it if you want a more refined cable - don’t expect a big change in sound quality.