How do you feel with Soundcloud service on 1.5.2

I’ve read about (many) problems with the Beatport service, some others with Tidal, but with Soundcloud you never talked about it. Is anyone using it as a streaming service with the Prime 4? Works well? Problems? Performance compared to others?

I play many events where ‘clean’ tracks (no vulgarity) is important for me. Soundcloud isn’t consistent in labeling explicit music. Also, because basically anyone can upload music to Soundcloud, there are many tracks that the mastering is poor, and I found a number of commercial tracks that are uploads of re-recordings or remixes with poor audio quality.

It may work for some DJs, but my initial impression is that it’s not currently fit to suit my needs. I find TIDAL much more useful/professional and have been using it for over a year. I have no use for Beatport as I don’t play venues looking for the type music (Festival / Bigroom) they offer.

Beatsource, Beatport and Tidal are the equivalent of a retail outlet, compared to Soundcloud which is more like a car boot sale.

There’s a strong possibility that loads of people talked about the tidal service because tidal offered 3 months free trial.

I’ve tried out soundcloud on a computer / browser and it’s of no value to me, same goes for beatport as my audiences are more the wedding/radio edit/mainstream types rather than clubby niche - so so me, tidal ticks all the boxes - although I’d like the option of switching off the cover versions and ring tones versions etc leaving just the original artists

Soundcloud which is more like a car boot sale.

Had a bad day today and this comment made my day

“You never know what you’re gonna get…” 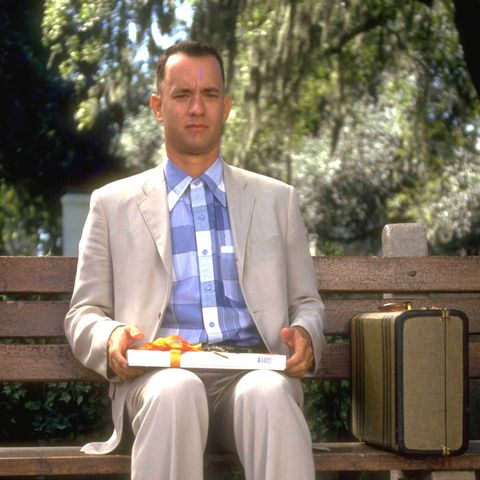 That must’ve been before they started putting the little pictures inside, with the descriptions.

Obviously everyone can have their own preferences on the music store where to buy their tracks, based on the place and the genre of music played. But I would like to know a comparison as to the reliability of the Soundcloud service compared to the others on the Prime 4, to know if there are problems as happens with Beatport.

I’m making assumptions when you say reliabiity. Please elaborate. In my experience the culprit for most complaints are usually based on poor internet/wifi. If you have a good high-speed internet connection there should be no reliablity issues. Both Soundcloud and TIDAL are stable for me and I’ve used them both on wifi and using my phone as a hotspot. Wifi signal in some venues (hotels/restaurants) may have high traffic and the speed might be throttled back which will in turn cause slow response of the services. As you may already know, the Prime 4 downloads to full track to avoid interruption during playback.

Here in the forum there are listed bugs or various problems regarding the use of Beatport and Tidal in the new firmware (there are special threads open). I wanted to know if even with Soundcloud you have encountered problems in use with the Prime series.

If you have a good high-speed internet connection there should be no reliablity issues.

Both Soundcloud and TIDAL work as they were designed to for me. No perfomance issues. Feel free to test them. The investment is minimal and you can cancel at anytime.

I’m planning to try out Tidal when I get my Primes in two weeks. The other services don’t have my sort of music.

Does it work if you have tidal as the source on your left deck and beatport as your source on the right deck or does everything connected get confused by the WiFi trying to talk to two different websites or rather webservices at the same time and network the two different sourced players together?

Or does it all work independently and when denon add a fourth stream service , we can have 4 diffferent Stream sources , one on each layer ? I’m guessing not

Yes you can. You can have tracks from different sources on each deck (WIFI / USB / SSD). All sources will work/search flawlessly and simultaneously.

In my opinion there are few songs in the original version on SoundCloud. Many tracks are remix and re-edit, they are not always in high quality

If you subscribe to the Go+ service or above, then most of the major label artists (and their music catalogs) are officially available now.

The trouble is, the SoundCloud UX (GUI) is not on the same level as e.g. Spotify, so navigating sux.

SoundCloud UX (GUI) is not on the same level as e.g. Spotify, so navigating sux.

Yes, I agree with you. For my kind of music and mix I would be inclined to Soundcloud, but it actually has a somewhat strange navigation system.