How can I improve Playlist load speed?

I have the same issue

This is not normal, I have a usb drive with a 40k track collection and lots of playlists with up 4.5k songs on each and everything loads in a couple of seconds every time, this must be a USB drive issue can you try it with another USB? it could also be a corrupt database have you tried running the database maintenence then re-exporting to USB? What make is the USB stick/drive?

I’m on my third drive, two have already been seen off, and each one is a different make (current is a Seagate, a Transcend and I can’t remember the first). I have done the database optimisation, haven’t done it for a couple of weeks so will try that again. It does feel like it is prime on the SCs that is killing my drives in some way though. Hope I’m wrong!!

Something very wrong here, a drive should last years especially an SSD or are they mechanical drives getting knocked around?

Hi @yeltsin, can you please confirm exactly what model USB you are using?

USB 3 and different cables each time. Will video and recreate for you when I get chance.

Is its spinning HDD or SSD?

It’s a spinning HDD, but it literally lives behind the SCs, except when I load track on.

Could be part of the issue probably worth upgrading to a decent SSD in a USB 3 enclosure, standard HDD are so slow especially if large numbers of files are in use.

I recently played at a party of my brother. Normally at home I use the front usb2 (easier access). At the party all devices where put in my Magma case and chose the usb3 at the back. All blabla, but the Samsung T5 SSD performed flawless. No delay what so ever. Mostly use WAV and FLAC so also large files going over the network.

I think it could be a database issue as well. Shouldn’t take more than a few seconds to load a 100MB track.

I’m not really wanting to drop £400 on an SSD though, the Seagate has an access speed in excess of 100Mb/s so you wouldn’t expect simply loading a playlist would take that long.

I’ve Run Cleanup again, will see how that works out then. 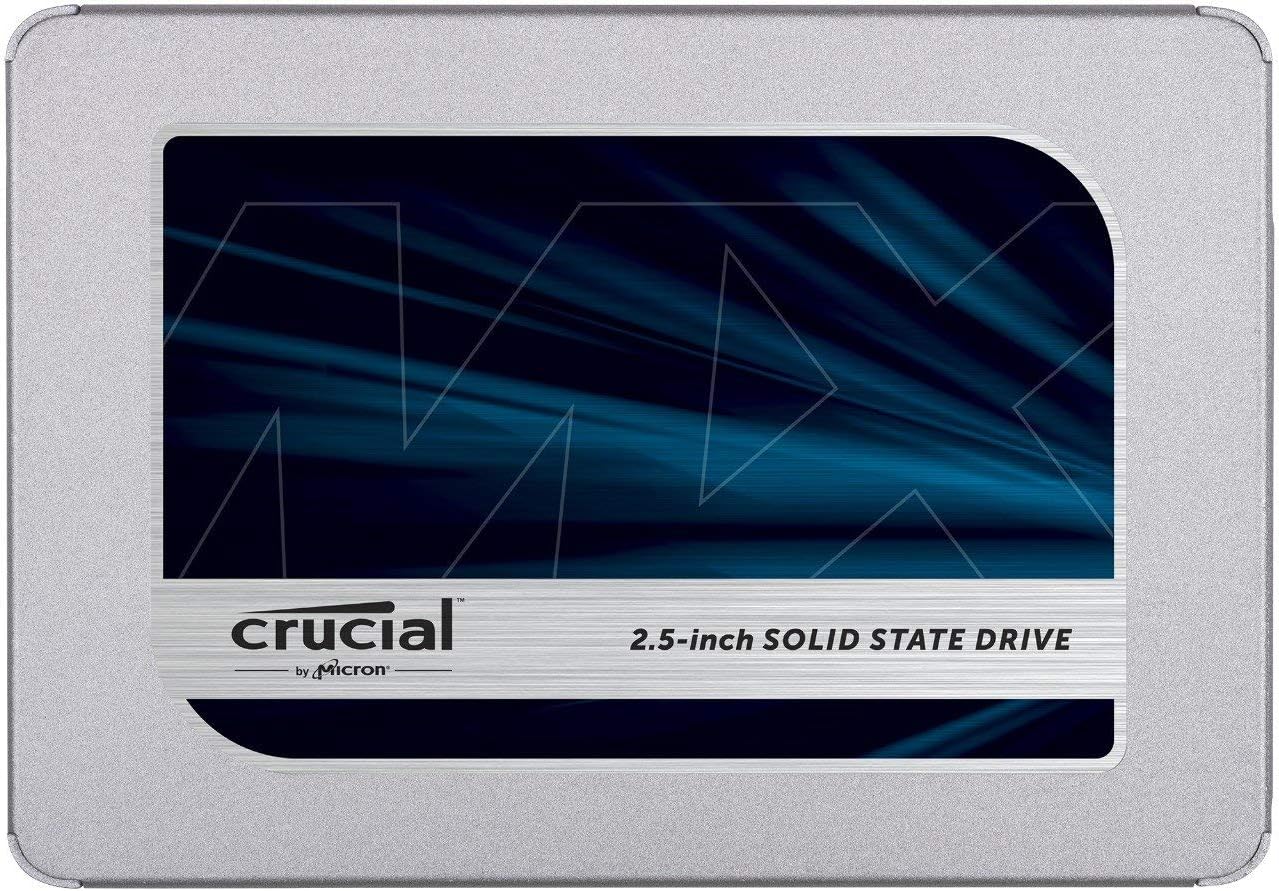 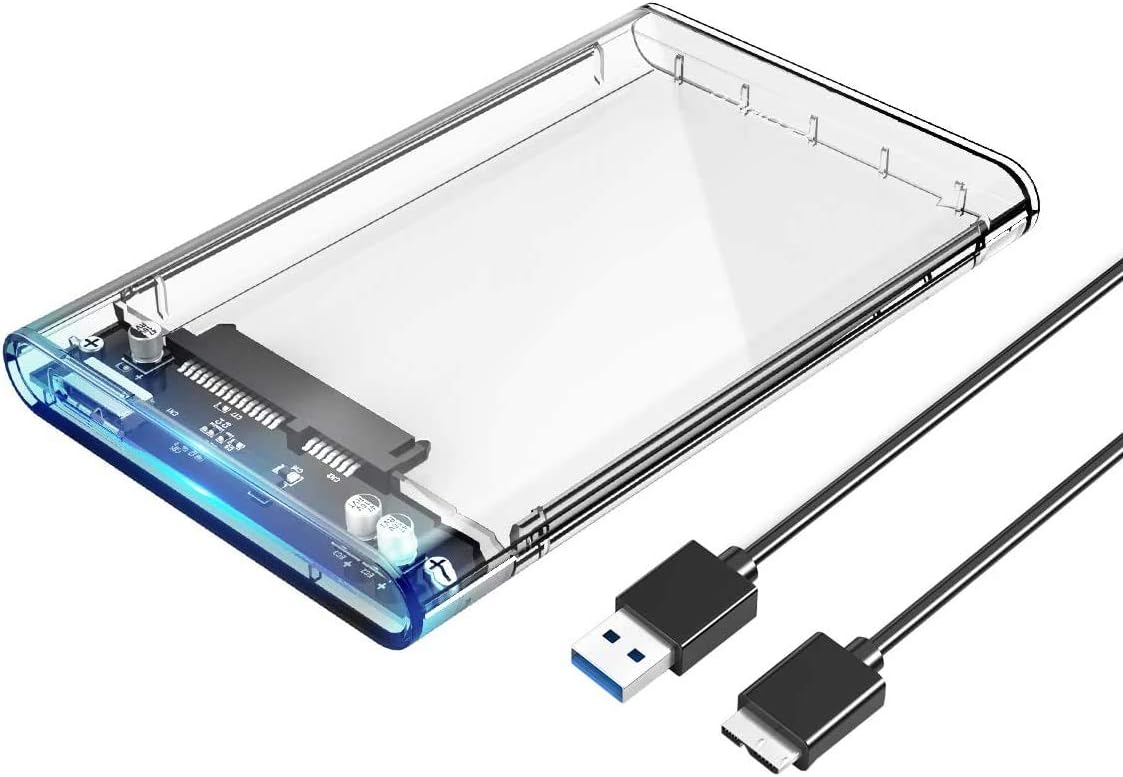 ORICO 2139US3 is a tool-free USB3.0 enclosure that provides a simple connection for 2.5 Inch SATA HDD/SDD drives at a height of 7mm and 9.5mm. It is equipped with a cutting-edge USB3.0 Interface to deliver a super-fast...

I bought the Samsung T5 with 500GB capacity several years ago, but list price at this moment is about €89.

It was like for like I was looking at - 4TB, but there’s absolutely no reason I couldn’t go for 500Gb, 1Tb at worst. I’ll get an order in this week

A 1tb SSD will be enough

Here is a video of how quick it is on a decent USB 3 SSD, there is no delay whatsoever, note the size of some of the playlists!

The suggestions to upgrade to a SSD to fix this problem are in my opinion unacceptable and based on assumptions. I believe it’s not really well understood how this library and database thing works.

When the decks load, they don’t access the songs files, but only the SQLite databases file (named m.db).

The size of an Engine database for 50k tracks where the songs had all the tags searchable by Engine should be small enough to be read fast even on HDD disks. Reading and searching the database does not need to access the physical disk, but just the database. An HDD should offer a reading speed more than high enough to deal with the database.

When loading the tracks and analysing them, the system accesses every single bit of the media file, hence, a SSD will perform much better, sure. But this does not happen on operations over the library (SQLite database).

All the loading and searching issues of the prime are due to poor implementations of the SQL queries against the database, and maybe a questionable design of the database (for the ones familiar to databases, m.db keeps track of the tags of each song in a table different that the song itself, and the type of tag is identified as a value in this second table instead of a specific type of column. I’m not sure if this design is not preventing exclude tags not being used from the projection in the query. Also, the db does not contain any column for FTS3 fast text search, although in this case I’m not sure it’s really necessary).

Serato or Traktor are more than capable to deal with huge databases in laptops 10 years old, which are presumably of similar specs than the SC5000s and Prime4.

I have no idea what the system is doing, but the time it takes to load and search the tracks is really unacceptable, and attributing everything to the brand of the drives or the fact that they are HDD is kind of superstitious.

I think you should take this issue seriously and report it to the dev team to thoroughly analyse the database and SQL queries you are performing - I am impressed by some of the tech of Prime, namely the time stretching algorithm and anything audio related, but probably the company has not put enough attention in the database area as it was assuming smaller libraries. I can’t understand how the Prime does super sophisticated and niche things such as audio processing so well, and then fails in something as wide-spread as SQL, which is super spread across the industry.

Come on guys, these are not J2ME mobile phones of the early 2000s. This unit has proper processing power. And we are not talking rocket science. This is just about getting a SQL database to scale.

Stop talking SSD/HDD and have a proper analysis at this, please.

That was my thought process tbh, that a DB should not take that long to load. I’ll do the video tomorrow and then the tech guys can/cannot take it forwards.

I dont think you are correct, with nearly 40k tracks my main prime DB file is over 6gb! I’m not sure of the exact relationship between the two but I think the system uses both the p.db and m.db files. An older usb hdd may be lucky to have read speeds of 60meg a usb 3 ssd can easily have read speeds of 350-400+ that is quite a difference. I’m not sure Denon would recomend anyone to use a spinning hdd for a large collection, will it work? Sure, is it a decent experience? Probably not

As you can see in my video above the system works flawlessly with a decent ssd even with a large collection and large playlists. 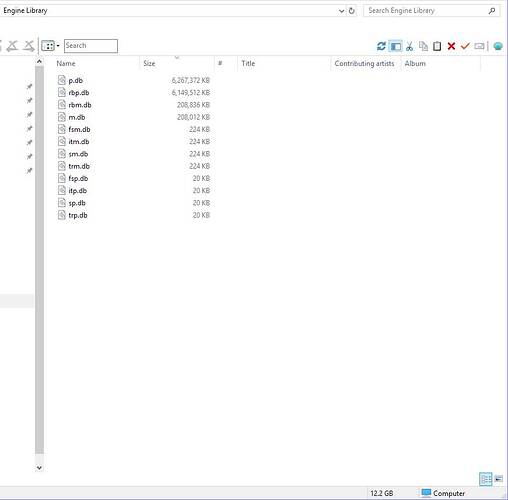