I am looking for a little help with repairing my Prime 4. I am not sure if there a multiple issues or if there is one issue causing other problems on the board. 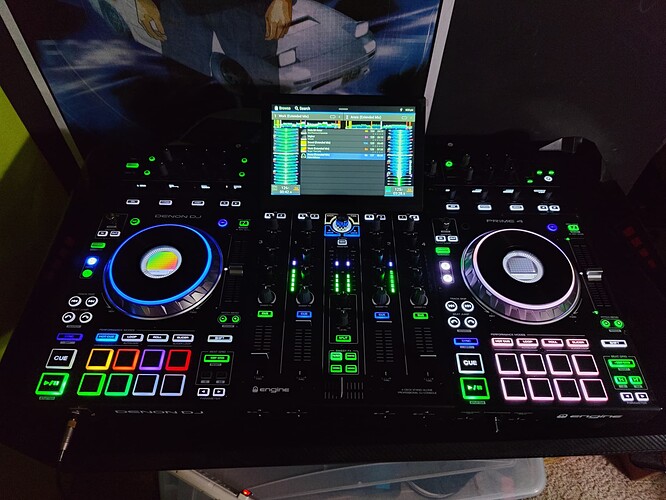 IMG202207112213221920×1440 214 KB
As you can see the left side boots up find with all colors for the buttons and such. The right side boots up immediately turning on all the LEDs on that side. Thats the first issue i am having. The second issue i have noticed is that no buttons work on either the left or right side except for the sample pad on both sides. The mixer buttons all work correctly. I bought this unit used and have come to realize that the guy i bought it from ripped me off. What i am hoping for is some help with identify what part of the controller is the culprit. So that i could potentially repair it. I think i have narrowed the issue to one of two boards. This one 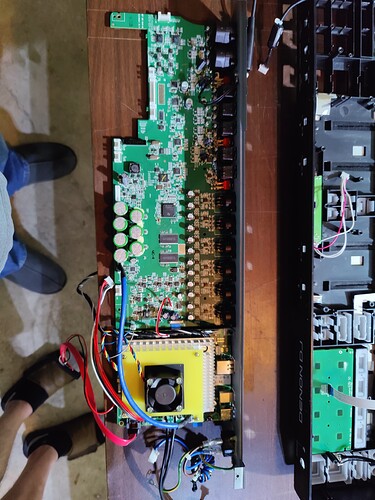 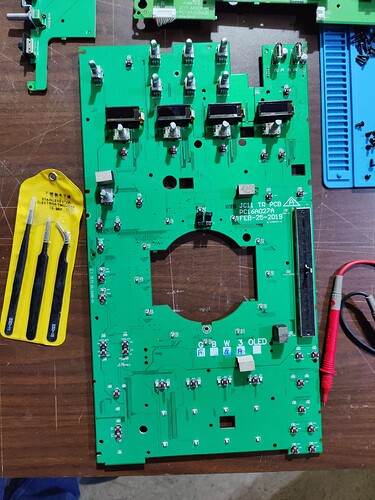 IMG202208140013181920×2560 414 KB
I am leaning more towards the second image, the deck 2/4 board, as it seems the board i receiving constant power, either by a bridged connection or power to ground bridge possibly. Does anyone have a schematic of this board so that i might be able to try an pinpoint where this might be happening. I am open to suggestions of things to try, as you can tell i have the controller in pieces right now. After opening the controller i was apparent that something was spilled on it, which wasn’t visible from the top. But there is clearly some residue of some beverage inside the case.

You need to get it repaired through the correct channels.

Any luck with fixing the “always on” lights and non responsive controls on the left and right deck?I have the same issue but also on the mixer board, however only the volume faders work.

This would probably be a usb communication issue on the right hand deck. Each deck & mixer section has a cable that connects it to the i/o board. Each of those connections lead to a usb hub (it’s an ic that’s on the i/o board). Normally on data lines they will have small smd chokes / 0 ohm resistor (which act like a fuse) or voltage suppressor, if for whatever reason either of them go open (test for continuity) or short on voltage suppressor, communication will be lost for that particular board. The fact that it lights up, proves the power lines are still functional. If you are any good with electronics, I suggest you trace the connection, starting from the connector on the deck to the i/o board. Then from the board to the hub ic. If memory serves me correct, there is a spare open connector on the i/o board that you can plug the right hand deck into if the chokes are open.