is anyone else having issues with 1.5 not analyzing any files?

it started off fine managed to analyze 1k tracks, then it froze, then it wouldn’t do anything, now it doesn’t even show it’s analyzing, but when i try to eject the prime 4 i tells me its analyzing files…

it’s driving me nuts, nothing is updating on screen

What Your engine prime shows on bottom right?

I’m having the same problem

Nothing showing in the bottom right

Mine too some tracks cannot be re-analyzed

Having the same problem on Windows 10 version.

Is “Auto Analyse” switches to on on the preferences ?

no that is set to off.

ok so this morning i’ve tried again, it would analyze 1 track but not another. the bottom bar said 22 waiting to analyze the jobs running box said nothing, added a couple more to the list then engine prime crashed to desktop. after restarting engine it now isn’t showing anything in the bottom bar. i even tried to reinstall engine last night, but still nothing changed 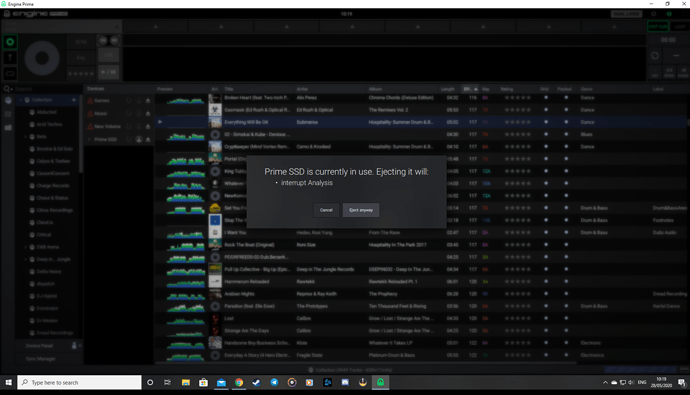 Hi @D-cyfer, can you confirm the OS version you are seeing this on?

Is it possible you can share the track that EP seemed to not want to analyse?

So i noticed that if a track doesn’t have a preview it makes the system hang.

Is there a reason for EP to not show the preview to tracks? i have quite a few on there that don’t have them

So i noticed that if a track doesn’t have a preview it makes the system hang.

Thanks for the info. Does this happen for any unanalysed track or are certain files types that seem to trigger this?

Is there a reason for EP to not show the preview to tracks? i have quite a few on there that don’t have them

You mentioned earlier in the thread you have auto analysis turned off. Track preview is only available with analysed tracks.

Are you able to share your problem analysis track or tracks? 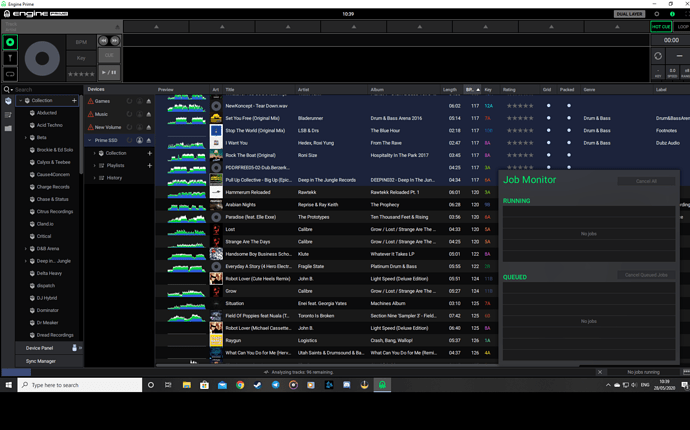 Looking at file types, its mainly m4a & also some wav tracks that don’t have previews, but all of these were analyzed in the previous version of EP. 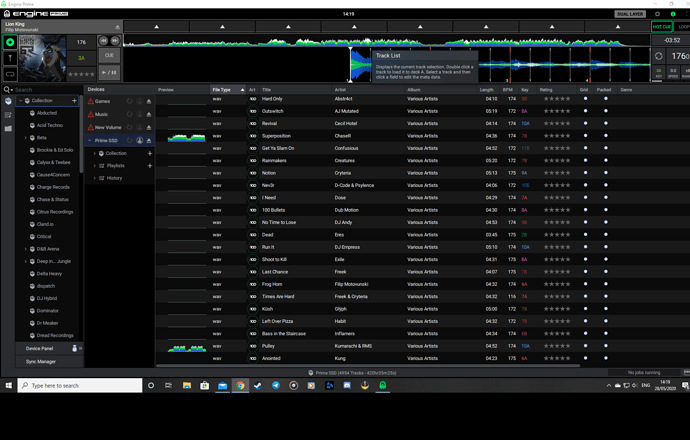 This is happening on Intel CPU’s as well.

If You don’t reanalyse the tracks the previews will not show up.

the point is that the tracks aren’t re-analyzing buddy…

Well, buddy, I know, You wrote it previously. Just wanted to be clear that small waveforms for track preview will not show up when not analysed. Anyway, check these tracks on directly on Your computer without engine prime. Maybe there is something wrong with them…?

Hm batch analysis does not work as You mentioned… maybe there is also an issue with the library file? Did You tried to back upYour library and try to import these tracks to empty library and then check what happens.

i’ve not tried that, but with 5000 tracks i don’t see myself doing that either lol