hello, I would like to know how to eject a track from the first 4 before closing it

to be honest, I understood your question in two ways: 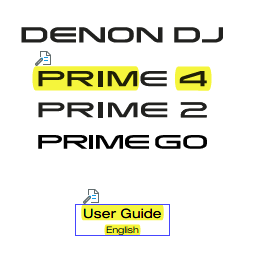 Btw: I always eject all USB-Sticks before shutting down the device to avoid data loss and not being surprised, when starting again …

If so, pls feel free to vote for it.

Thanks in advance, good luck and enjoy the weekend.

thank you for the answer, but the combination deck 2 + pause does not cause anything, I would like to avoid ejecting the usb stick every time, in practice the tracks are always on the display?

oups: (deck2 + pause) is a proposal in a feature request, and for this feel free to vote

During using the Prime_4_Device the tracks are always on the display (you can’t make them invisible during working. —> Overwriting only by loading a new track).

And never ever remove the USB Stick while using it. This will cause data corruption!! Remove the USB-Sticks only as described in the manual (have a look at above)

If you want to shut down the device when finishing your work, you should remove your USB-sticks also as described.