Check out the X1700, DJM900NXS2, DB4, and MP2015 with Pioneers into them with SPDIFs and you might change your mind. Those are four digital mixers with remarkable sound. I’ve owned a lot of mixers, analog & digital, and really only keep around the D4 and the 4D anymore among the analog ones because of their extensive VCA/DCA stuff that’s rare and because they’re fun to use. Even the new Isonoe mixer is only advertised as beating every other analog mixer they’ve bench tested, not digital. The MP2015, in particular, is very hard to beat.

The SC Primes with their current firmware are the first digital player with a digital output where for some reason the analog outputs sound more dynamic and musical to me. I realize the DACs on them are excellent, but are similar AKMs to the CDJ-2000NXS2, and the CDJ-2000NXS2 still sounds better using the SPDIF into those four mixers than using the CDJ analog outs… as it should.

If you test the SPDIFs on the CDJs since the CDJ-1000mk3 on, they’re not doing anything to the data at zero pitch. So they’re basically a perfect transport when at zero pitch or (as close to perfect as possible) at any pitch with keylock off. So I suspect it’s the measured non-bit-perfect aspect of the SC Primes that might be even worse on their digital outputs, possibly a sample rate conversion snafu or additional compression or something. I suspect this is all resolvable in firmware, though. Ditto with whatever signature the X1800 has.

I was looking into the MP2015, have to give it a test. Thanks for the suggestions!

Do you know if the new c6000’s have the same high end roll of problem?

I convinced myself I wanted to go for a pair of cdj2000’s after following this forum a year or so ago, due to the sound quality problem, but never got there. Now that the 6000’s are out I’m tempted again for the denons but find the sound quality essential to my decision. Would choose sound quality over all new features every day of the week.

If there is any post on the forum that talks about this and you could point me to it I would highly appreciate!

There is more and worse degradation going on than the treble roll-off. I don’t see why the bigger models wouldn’t have the same digital out sound, as the roll-off with Elastique OFF appears to be a firmware issue that is the result of sample rate conversions and, to a lesser extent, a lack of attenuation ‘pad’ for the processing that’s apparently tripping an additional band-specific limiter. The SRC is also producing nonlinear and intermodulation distortion besides its own multiple stages of additional low-pass filtering. If they are different, it’s an arbitrary feature bracketing thing. The solution is the -6dB processing pad and either allowing us to manually choose the sample rate of the layer & spdif in Utility/Preferences to match most of our tracks or having layer & spdif change automatically to match the track rate with perhaps only tracks over 96khz being converted if InMusic wants to keep support for tracks over 96khz sample rate.

InMusic says the x1850 has the same digital processing sound quality as the x1800 with the new firmware… other than the quantize effect start if we want to construe that as digital-to-digital sound quality. If you are buying new, you will probably be buying the x1850, which seems to be tweaked both for asthetics and to reduce the chances of physical/electrical problems. Sound seems slightly positively improved on the new mixer firmware that already tested well previously.

Thanks Reticuli for you’re detailed reply! I’m planing on keeping my DB4 to mix, I was hoping they would had rectified the sound quality problems by now… thinking I will have to wait and see what happens before I take the plunge, might go back to the cdj’s idea. I really prefer the personal tagging system you get with rekordbox too.

Hi, can anyone confirm if this was fixed? I see that last year a firmware update was schedule but would like to see if was actually released and tested. Many thanks in advance

Yes. Sound quality improvement was on a firmware that was released last year.

Played for 2 hours with the SC’s 1.5.1 and it sounds good, but I didn’t tried it on a high spl system to check if there’s some real difference - the output levels seems lower, as I’m turning up gain knobs slightly on my DB2 to achieve 0db. Will do more tests this week!

Thanks all for the replies.

Yup, that’s what I thought, about -6db. that’s nice, most tracks are “0db’ed” nowadays. Just waiting for the weekend to play a long set

I “0db” mine also, but with flac or wav there is no issue. With compressed audio there has to be some margin.

Does that affect the infamous “high end roll-off”?

To my knowledge it solves some distortion, so cleaner sound. “Infamous” could be better, but was bettered in firmware.

IMO, the new player firmware in combination with the new mixer firmware has produced a noticeable, if subtle, improvement in sound quality. It is sufficient that people are also noticing it and commenting on it to me that they like the sound. Of course, I’m not comparing it with keylock all off back-to-back with old Denon or any Pioneer through a different mixer to show where Prime is still perhaps lacking, but I think with more sparse or minimalist content it sounds quite warm and analog-like. The Prime processing overall has always been quite forgiving of such music, assuming you’re not trying to play shoegazer, crunchy industrial, tech trance, or other really hard-driving and dynamically-compressed stuff through it. More laid-back or old-school productions don’t get mucked up too bad on it to be objectionable.

Changing key and/or speed of the audio needs a little headroom. You also need another 3dB of headroom to prevent most real-world intersample clipping during processing and certain other conversion stages. Doing a -6dB pad is just halving the sample volumes, so it’s the easiest math solution and good if they did that finally. Before you start processing and messing around with commercially-released digital audio mastered up to the brick wall (which is most of it), you should do that first to it. Since most of the content being played is being processed in a higher bit depth than the original content, such a pad is essentially nondestructive and reversible, so no downside to it. Big thumbs up if that’s what InMusic did!

There is no apparent further reduction of the roll-off or the intermodulation & nonlinear harmonic distortion probably caused by all the sample rate conversions being done up and down.

Old tests on the left I did comparing other brands vs old Prime firmware vs later Prime firmware, then on the right you’ve got tests recently done on Prime playback: 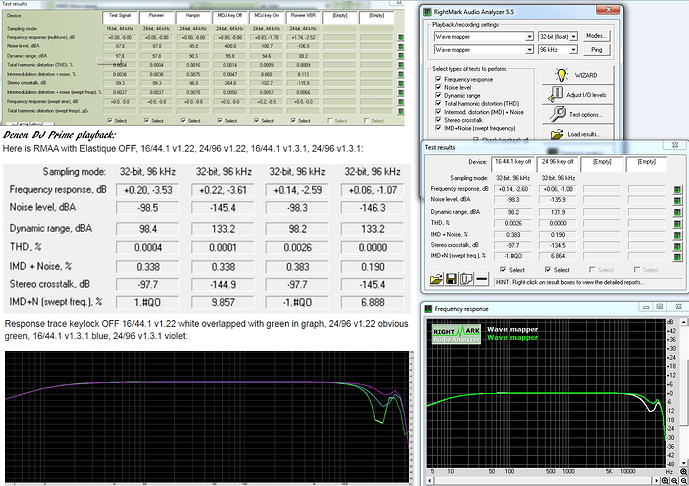 The following video is what the SC5000 output looks like if you sweep the pitch fader with a static tone, and then if you leave the pitch fader at zero and play a sweeping test tone: 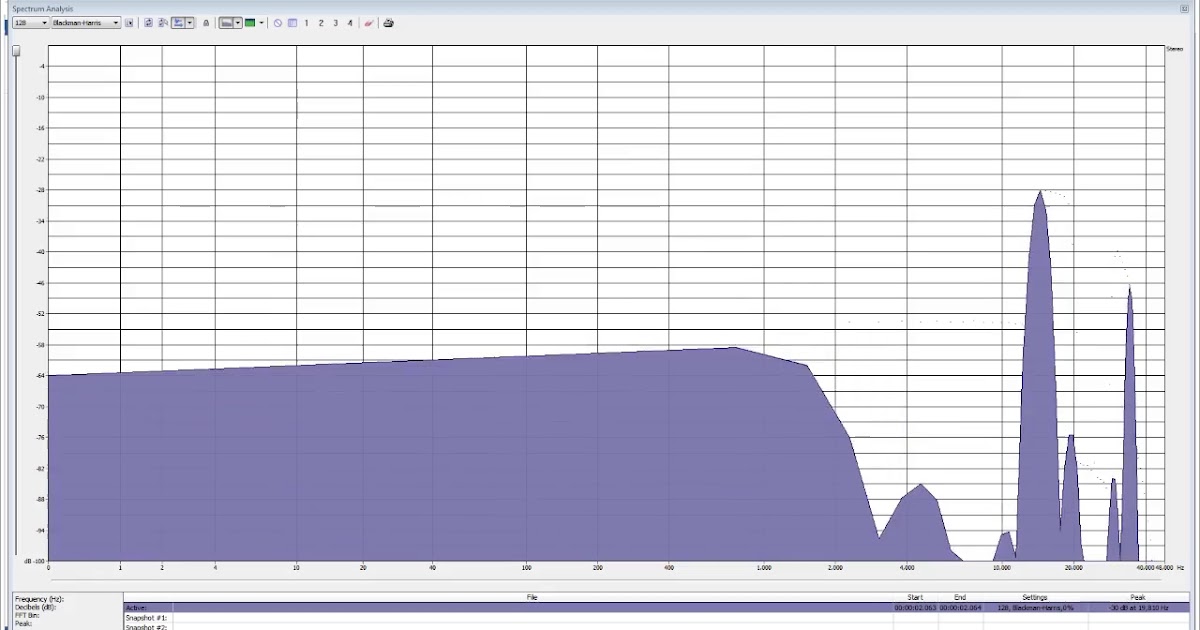 Cool!!! thanks a lot @Reticuli always nice to read your replies!!

Hey there, I have read your posts etc, as a sound engineer myself, I thank you for your input and writings etc. Can u assist me pls… I just updated a couple of these SC5000’s one of them being SC5000M - running through a X1800 - all digital ins / outs - Problem being is the output - sound is altered / not getting exact copy of recording / processing is doing something? / yesterday I had firmware 1.4.1 and it was fine… Now today updated to 1.5.1 and its messed up.

I am having the same issue with output recording. When I use audacity the rec output on chanell 1 is ok but not cristal clear, chanell 2 and 3 are good and chanell 4 is muffled. When I use Ableton for recording all chanells rec out are ok… Something is not right here. I have 2 SC5000 and X1800 mixer setup.