Wonder why Tiesto was not using the Denon’s @ EDC Las Vegas, his choice or not allowed by the organizers?

Last year Tiesto was using them…

I was wondering the same thing. And also: Why did the tech-guy need to turn some knobs on his DJM so many times? Especially during the Avicii tribute this was really anoying…

BTW: at Ultra Miami I loved the way Tiesto’s Denon set was stacked on top of the Pioneers 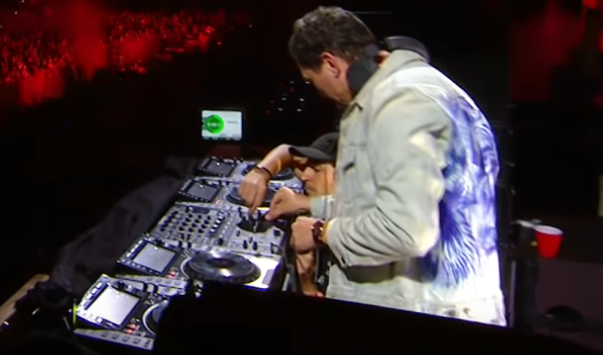 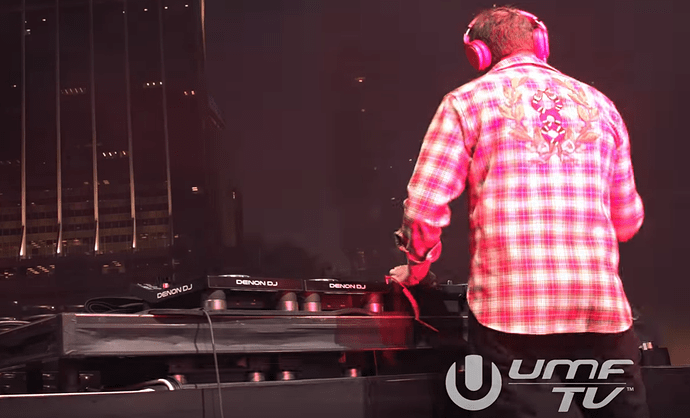 Maybe he left the Denon Train.

Nope. I don’t. Never play anywhere. Don’t need a rider. Never cared for any other DJ. Past, present and future.

Just wanted to have the best suited devices FOR ME to play with and that is the Prime system. It just fell into place after 25years of different Pioneer, Denon, Tascam, Traktor X1+D2 gear.

I agree on the quality and support, but that’s only possible if they actually sell… and you need marketing to sell stuff.

(Furthermore let’s be real here; EVERYTHING a superstar-DJ does on stage, can simply be done with one iPad or laptop. One doesn’t need 6K $/€ gear to play and mix music… true I paid it; only to have more fun)

I agree on the quality and support, but that’s only possible if they actually sell… and you need marketing to sell stuff.

fully agree with this, the prime series are launched on the market as the CDJ competition/killer however you need the marketing/big names to make this happen.

When there is no critical mass the support/software development will be put on the backburner….the rest you can fill in.

I’'m still in love with my prime set but I would like to see more often updates, both on the machines and the engine prime software.

I’'m still in love with my prime set but I would like to see more often updates, both on the machines and the engine prime software.

Yes me too ! I live in Paris and maybe i’m the only one who use Denon SC5000 in underground club ! Denon should have sent thousands of copies of Denon prime to the club as Pioneer did

And charge for that thousands of units through us, regular buyers? No thanks, that was the whole point of moving away from Pioneer and their shitty business model of overcharging for minor upgrades.

Yes but let’s agree and realistic i don’t see any dj in underground place who use the prime set up, just big DJ EDM DJ who are payed by Denon. I would love to see Kerri Chandler or Maceo plex for example rocking in SC5000 but it’s not gonna happen

Agree that handing our free players to the clubs is not the irght way as someone needs to pay for these freebees.

Denon’s route of signing up a number of known ambassadors is the right thing, mabe a few more would be a bonus as we have not seen new additions the past months.

I’m afraid you might be right. Since the beginning of april, I have only seen him play on Pioneer gear, including his regular gigs at Wet Republic and Hakkasan … Seems like Ultra Miami was the last gig Tiesto played on Denon Prime?

Can anyone from Denon shed any light on this?

Oliver heldens still plays with denons ok the last Tomorrowland. What about the other djs that are listed on denons Homepage ?

Maybe Tiesto’s year of sponsorship ran out and he didn’t like the jog bend asymmetry, the (I’m guessing) +6dB too loud of sound, the high-frequency roll-off, presumably that the Elastique processing doesn’t completely bypass when keylock is off, or the reduced pitch resolution in the latest firmware? This is a guy, after all, that brought his own tube mixer from Germany for his vinyl sets at one point and wouldn’t play on Allen & Heath because of the EQ curves. If he’s comfortable with the industry standard’s poor pitch resolution past 16% and their jog bend dead zone, why wouldn’t he want to use said standard with all the quirks of the Denons still if he’s not being paid to use the latter? The only reason I considered the SC5000s was because those two things on the industry standard are issues to me. Correct me if I’m wrong, but his press releases going Denon Prime seemed canned and I never saw him talking positively at length about them. The Denons have huge potential to rule, but after over a year out the firmware updates have been just a molasses-like catch-up to the industry standard in various areas.

This topic is temporarily closed for 72 hours due to a large number of community flags.

None of the above reasons - Tiësto’s Brand Ambassador relationship with Denon DJ has just come to an end.

This topic was automatically opened after 3 days.