Cool, though I’d probably arrange it more like this 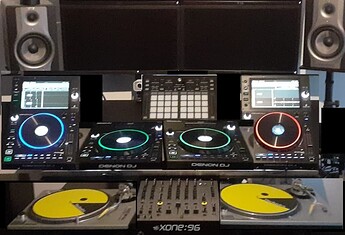 LOL, ok that one is funny

Don’t get him started

Reticuli likes things that display waveforms and bpm to be put as far away aside as possible.

I hadn’t even thought of that, but certainly wouldn’t prevent me from moving screens further away, yes. Mostly so the pads could be in the middle top there, and especially so my brain can follow the arrangement of the decks and channels. The furthest anything would be from me would also be reduced.

I guess I’d say… a behringer wing is actually not superior to a Push2 +v10 to me, and the V10s can do a lot of different things in different situations. I have zero interest in playing on a behringer wing, but that’s just me.

I hadn’t even thought of that,

Your doctrine made it automatic without thinking perhaps?

Perhaps to the extent I’m looking less at the players than others. I already tape over the BPMs. Them being easily constantly visible certainly wouldn’t be something to constrain other needs like proximity of all the gear to allow easy reach or logical arrangement to match the fader sequence. I felt his vinyl decks were too far away for me, and the stacked Denon decks seemed unnatural. I’m very sort of positional when finding my way around gear quickly, which is also maybe why I prefer the DN-HS5500’s layer system to the Prime players’. If that pads unit wasn’t in his setup, though, I probably would have put the player screens in the middle and the LCs on the outside.

But then you had to go and do this.

I already tape over the BPMs

Fun fact, back in 1999 when I bought my first decks, the Citronic mixer I got had BPM counters, after about 2 weeks I did exactly that:) they were more of an annoyance than a help.

Did bpm counters work properly back then?

Back in the days my mixer had a bpm counter too. One for each channel. What I did to get accuracy was flick the line to phono lever on the monitored channel to the beat of the track to trick the bpm counter into giving me a more approximate value.

Thank the Dj gods for the blessing of track analysis

Yeah 100% on that, I dont really use it for mixing as such but its an awesome guide for laying sets out in multi format mixing.

The counters were terrible, some older head my mate worked with told us after a fortnight to cover them over as they are just a hindrance, so we did.

This is the bad boy, came with the worst direct drive decks ive ever used. 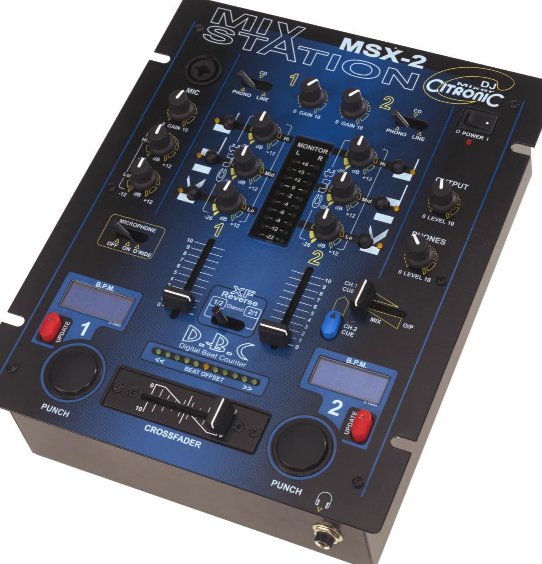 Sometimes its the little changes that are the most satisfying, these pics dont show much but that is the point. We recently purchased a router so ive routed a groove in the bottom of my laptop stands to feed the 1210 cables through for a cleaner desk.

Next thing im considering is some kind of cover for the back of the mixer, but trying to work out how to make it without it looking like ive just plonked a box on the table. 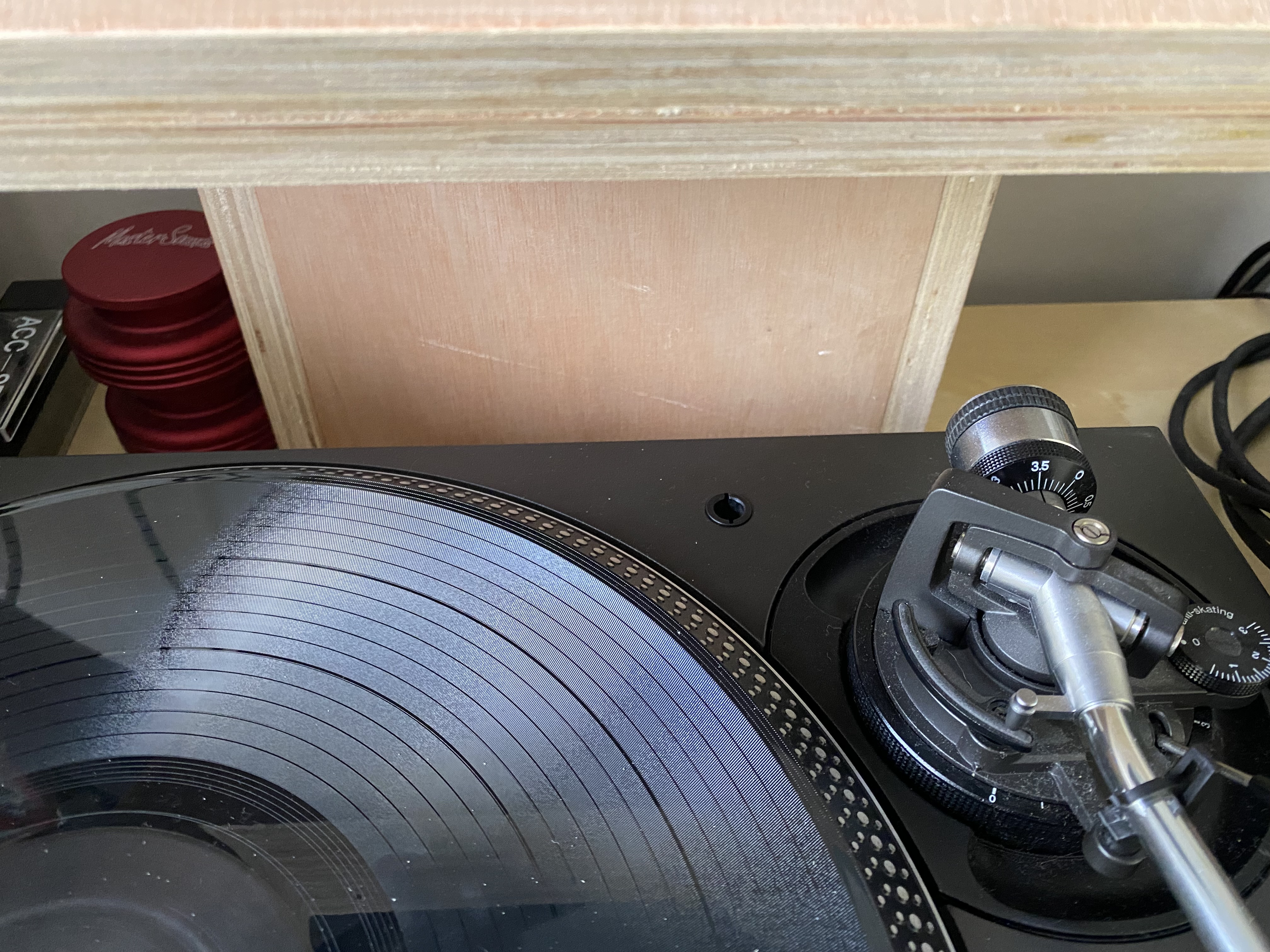 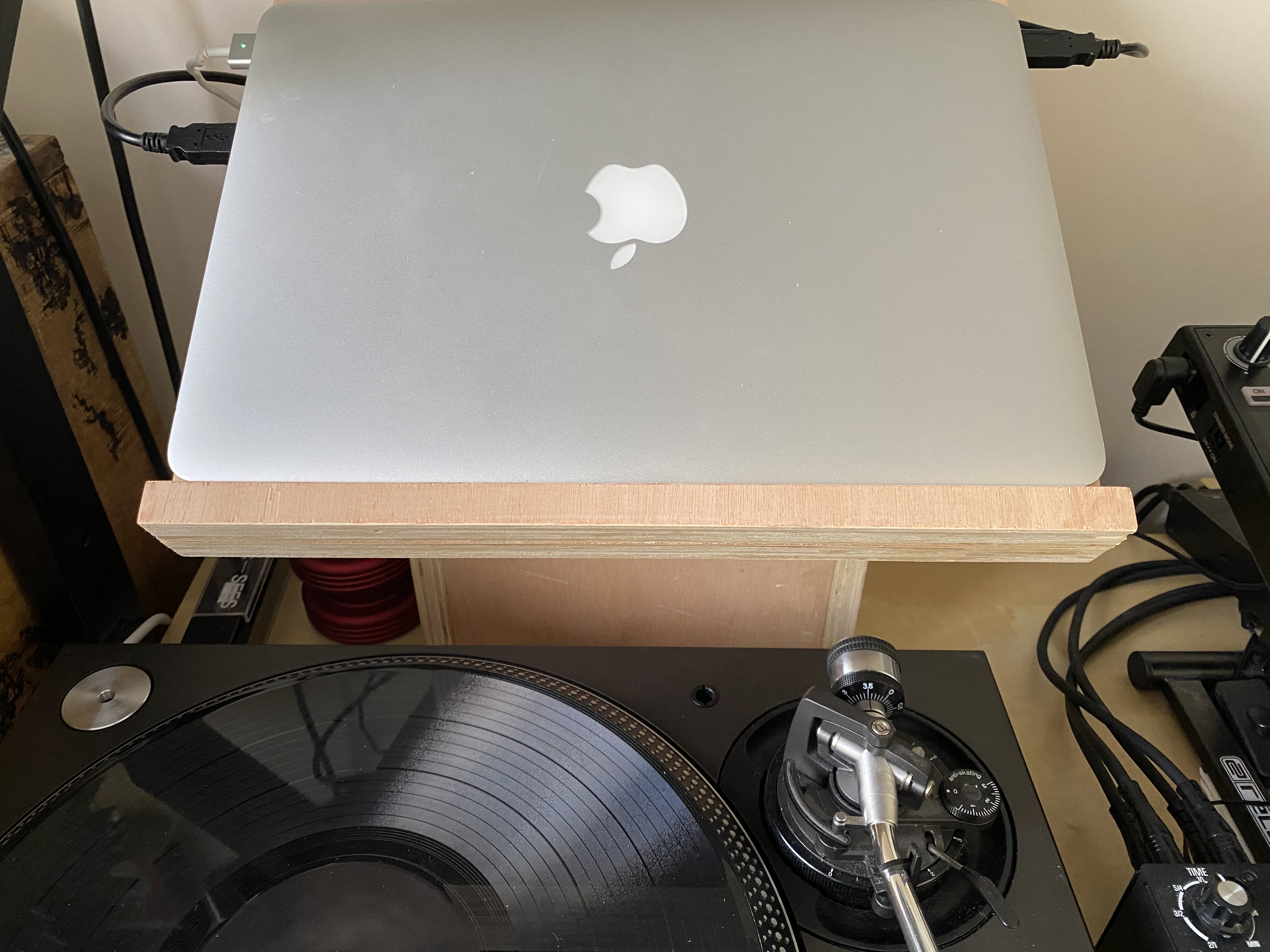 the CDJ 3000 have really a better look and color scheme

I have to say that I actually like the clean sheet design of the SC6000s better. There’s so much clutter on the CDJ-3000 because “history”. So many vintage buttons and workflows that would need a fresh start but Pioneer can’t implement because some users would whine about “using that way of manual looping since CDJ-500”. At the same time, users wanting to upgrade from their own controllers feel limited with their pro decks. At this point, it appears more like a burden than a strength.

I don’t mean to hate on CDJs - I have had a few and always liked them. But design-wise, the SC6000s are state of the art.

I agree mostly with Kevin, only the color scheme is better. thank god we can potentially change most of that I think.

Here is my very basic setup. I’m just a hobbyist Kitchen “DJ” who dabbles a bit with video/streaming. Still learning a lot. The main thing I like about my setup is the ease of which I can just press a button and get straight into it when I fancy a few beers and a mix. 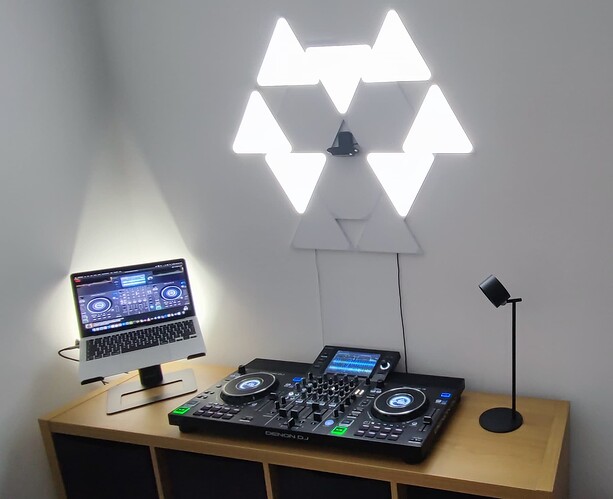 Great setup, I wish I could say the same about button presses haha.

What is the model of those wireless headphones? Can you DJ properly with them?

Those are Bose 700’s you couldn’t DJ properly with them wirelessly, there is latency when used with a bluetooth transmitter so the sound is out of sync with the monitors/line out. Wired you could although I have other sets of headphones I use.

I actually use the 700’s for work, my home office desk is just to the left of the DJ booth and that lamp is a convenient stand for them

8 posts were merged into an existing topic: Show your home DJ booth - Discussions

4 posts were merged into an existing topic: Show your home DJ booth - Discussions