You don’t need 6 devices to run 6 channels on v10. There is an option to send one input to multiple channels and work on them independently.

the CDJ 3000 have really a better look and color scheme

I have to say that I actually like the clean sheet design of the SC6000s better. There’s so much clutter on the CDJ-3000 because “history”. So many vintage buttons and workflows that would need a fresh start but Pioneer can’t implement because some users would whine about “using that way of manual looping since CDJ-500”. At the same time, users wanting to upgrade from their own controllers feel limited with their pro decks. At this point, it appears more like a burden than a strength.

I don’t mean to hate on CDJs - I have had a few and always liked them. But design-wise, the SC6000s are state of the art.

“using that way of manual looping since CDJ-500”

Actually, the SC6000 still offers that functionality too. And good thing it does: Native Instruments ditched manual loop on the Kontrol mk3, we had to midi map it, because we still use it!

Actually, the SC6000 still offers that functionality too. And good thing it does: Native Instruments ditched manual loop on the Kontrol mk3, we had to midi map it, because we still use it!

Everyone has their preferred workflow which is good. The CDJ-3000s just feels like a huge compromise and I’m sure it’s a difficult task for Pioneer to keep everyone happy with a single device.

They might be better off introducing a second line of professional media players that are as feature-laden and forward-thinking as their newer controllers (and scratch mixers!) while keeping a more conservative approach for their standard CDJs.

Yeah, I knew someone would call me out on my comment. I bought a V10 about a year ago, but sent it back…preferred my Xone:96. But, I realize the V10 has matrix routing like the X:DB4.

IMO their mistake was continuing the CDJ name. They should have taken the opportunity of dropping the CD slot to come up with a new name for their pro media players (not XDJ) and just start over and say “this is the new pro Pioneer deck and the features that we go forward with”. They’d still have sold just as many and it wouldn’t feel so compromised. Instead they made minor updates to what is essentially a 15 year legacy product because they were afraid of innovating too much.

Personally, as a recent convert from 6000s to the 3000s, I feel it is the most mature CDJ Pioneer have ever made. Does it have as many bells & whistles as SC decks? No. But, the features that it does have, it does VERY well. That said, I feel like this is probably the end of the road for the CDJ. They MUST innovate further or they’ll be left by the wayside. Denon SC decks only need some more hardware buttons, a more powerful MPU, and some aesthetic refinements, then they’ll be in an entirely different category…far beyond what Pioneer appear willing to release!!

Personally, as a recent convert from 6000s to the 3000s, I feel it is the most mature CDJ Pioneer have ever made.

Sure sure, it certainly has to be at the price they are asking. What made you switch back?

What made you switch back?

A few different things, but the main issue I had with Denon had to do with Engine DJ…I just couldn’t deal w’ them removing support for external NTFS/APFS file systems on your preparation drive. If I can’t use the native library software, then I would rather not use the hardware associated with it. That really was a MAJOR move backward in my opinion! I did end up buying a single SC6000M though. It’s something I use for fun. My whole workflow isn’t dictated by it, so the deck having this or that essential feature isn’t really important to me anymore. When they get around to improving upon the (hardware/software) experience, that’s cool, but it’s not as detrimental to sanity as it was before, haha!

That said, I feel like this is probably the end of the road for the CDJ. They MUST innovate further or they’ll be left by the wayside.

True, but the things the CDJ line does (even the CDJ1000), they do it way better than Denon’s Engine series. I chose Denon because they had more features, but along the line I discovered that many of those features are “half baken”: “platter hold” + CUE not implemented, shift + “press loop encoder” not implemented, loops that sometimes tend to be disable when you press CUE, pressing CUE disables the sync, the moving platter on the M series which introduces a whole lot of awkwardness, and a whole lot more that makes the Engine platform feel really unfinished.

You won’t discover that sort of unfinished feeling on the CDJ line, from the legacy CDJ1000 mk1 to todays CDJ3000, they feel like very intuitive finished products with (almost) no bugs or awkward behavior, offcourse within their featureset. Up until the Denon DN-2100f Denon had that solid feeling too. The 4500 had some minor loose ends, but now with the Engine line, boy, the list is endless. And I’m not talking about colored waveforms. I’m talking about merely reliably cueing up a track using industry standard gestures, or becoming unresponsive in the middle of your DJ set!

Compare it to a car: you may have a state of the art electric car, with autopilot, big LCD displays, DAB radio, Apple Carplay, GPS, distance sensors, lane assistance, and so on. But if this means that the (steer by wire) steering wheel stops working from time to time, you are better of buying a car with a solid servo and a humming V8, regardless of any extra features.

Denon has the potential to bring down Pioneer from its throne, but unless they start paying attention to the little things, they wont succeed… And thats probably why they lost the battle to Pioneer anyway…

All valid points, Y’all, but we should keep it there…‘they’ don’t like it when we go too far off topic.

Mwah sometimes yes. I might move this out of “show booth” to “discuss booth” though.

You might, and probably rightfully, no offense taken when you do that. JWill would just close the topic, which is another deal…

But look, as long as I don’t feel Denon is getting it’s act together regarding enough dev-resources and allocation of these resources , I will keep my voice getting heard. I’ll try to do that in a mature and constructive way (allthough I may miss that mark sometimes, I’m only Human After All…). If you read anything about customer relations, the fact that I do this means I still care about Denon, and want them to succeed. Matters would be much worse when I would remain silent about it, and just sell my Denon gear, which means I would not give a damn about Denon anymore. In the first case Denon could still convert me to a brand ambassador, in the latter case all is lost.

The fact that Denon representatives silence such comments (by ie closing a topic) means that Denon has no clue about how customer relations work, and is just an insult to those customers who take the time and effort to write down how they feel about certain features and products.

And I have to be honest: If today I would buy a pair of media players again, I would just buy Pioneer, despite that costing me 1500-2000 euros more. I’ll say even more, 2 months ago I was looking around for a sequencer in a dawless setup: I avoided Akai harder than COVID, just because it’s an InMusic brand. The only reason I still care and put effort into this forum is that I don’t want to loose money by selling my players second hand…

I will not silence critical voices and tbh this specific topic can’t really go off-topic.

However, this topic was meant to be filled with lots of pictures, so last year I made a spin-off topic for the bigger discussions about it. 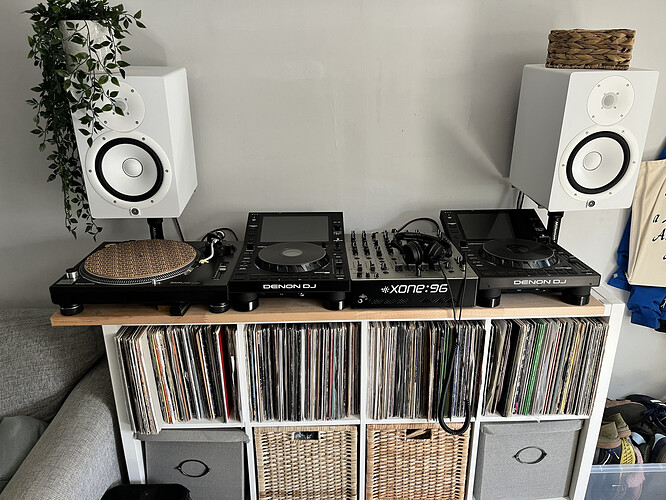 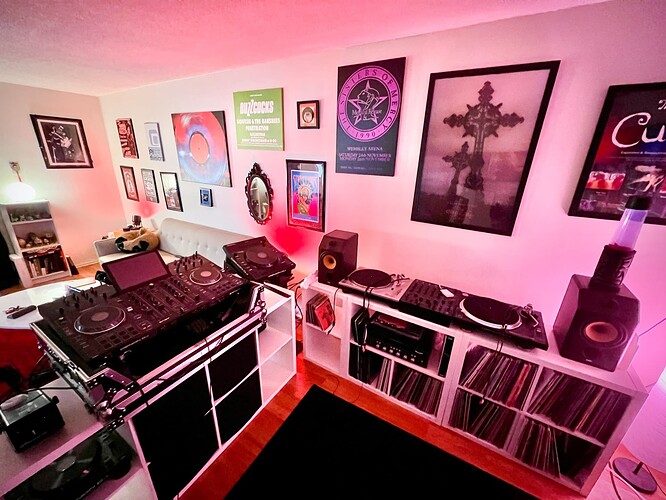 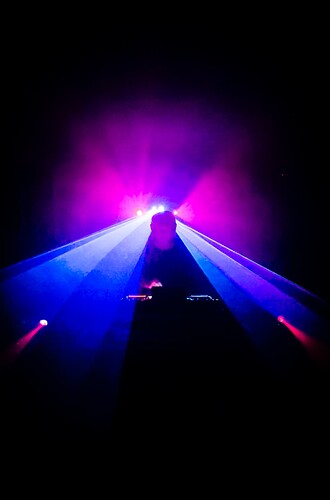 Welcome back to Instagram. Sign in to check out what your friends, family & interests have been capturing & sharing around the world.

I’ve finally got some Denon gear in my home booth, been using the Prime 2 for gigs for just under a year. The idea here is to get some 3 deck mixing in Serato. I made the stands myself from 18mm plywood and they need a couple of tweaks to get them in the right place (base plate butted up against the 1210 feet)… overall happy with the setup though, I’ve got space for my NAS and router in the hollows behind the uprights too. 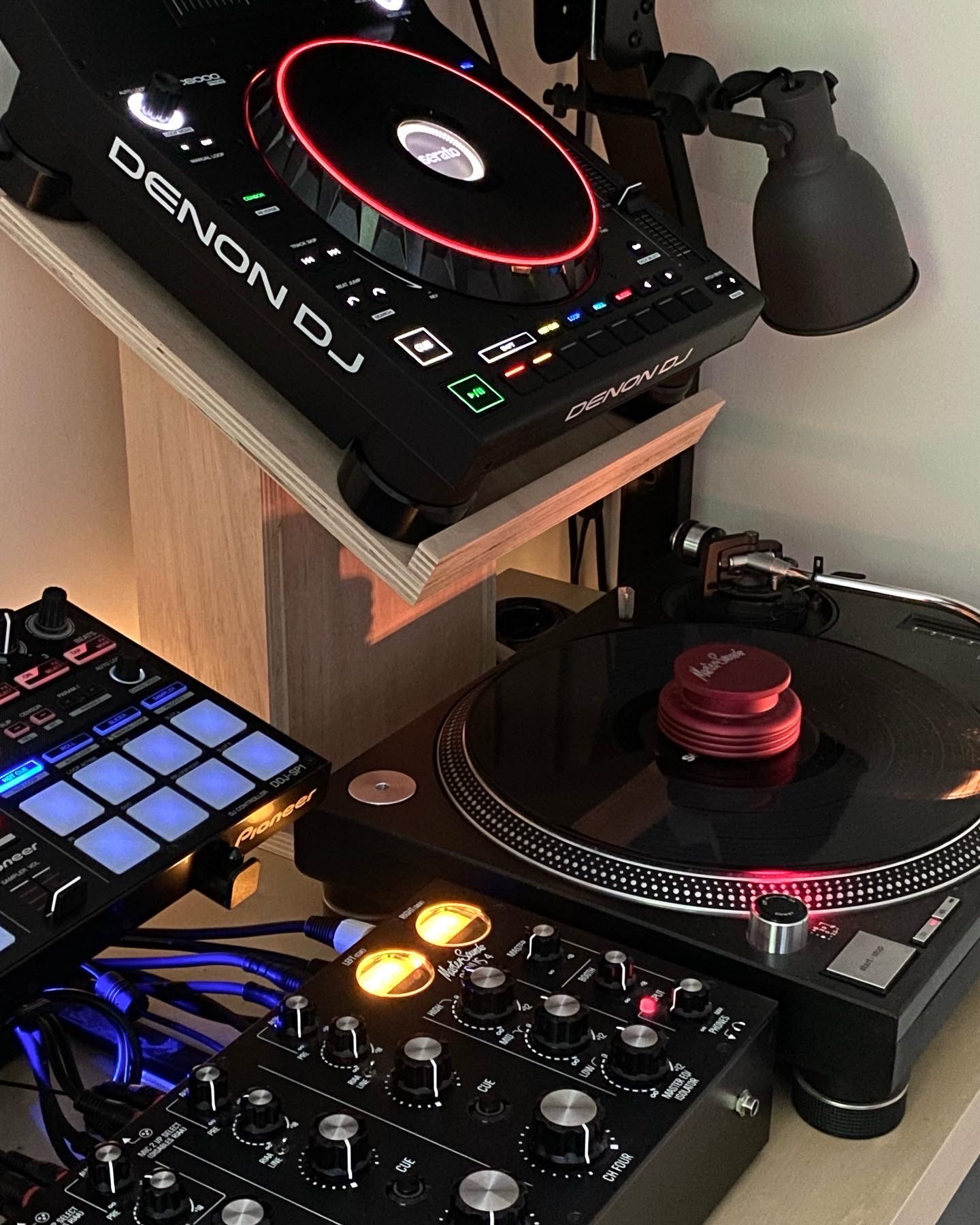 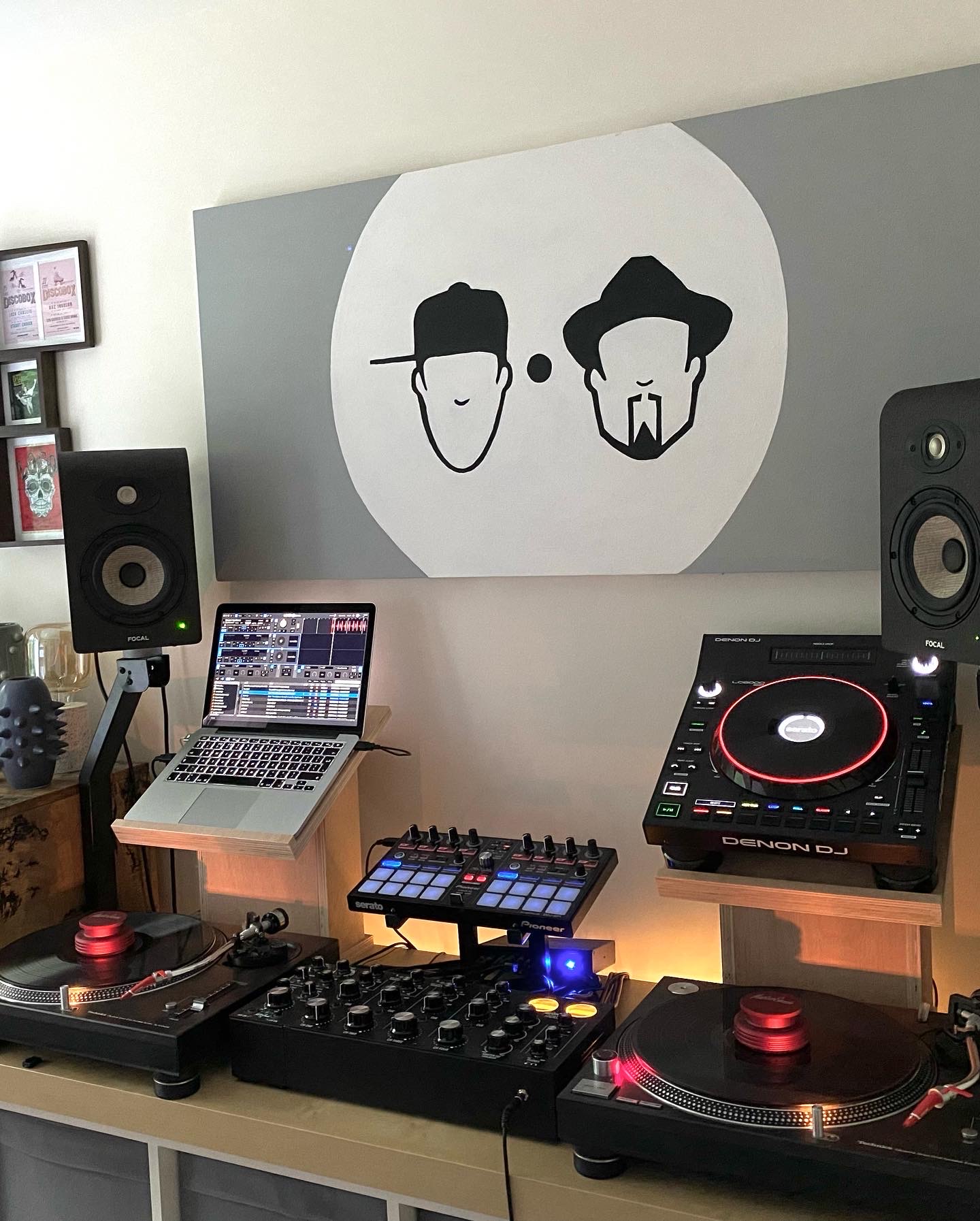 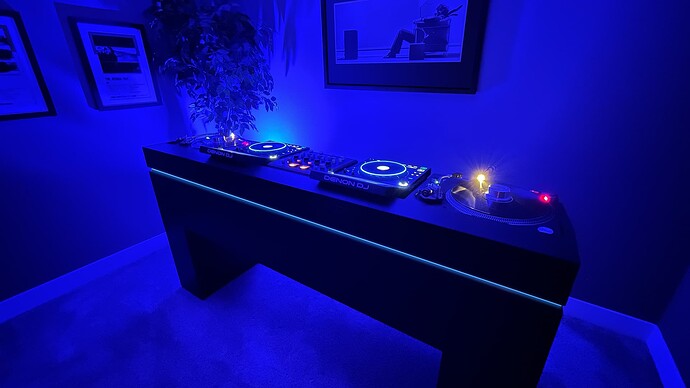