Typical thread on every good forum 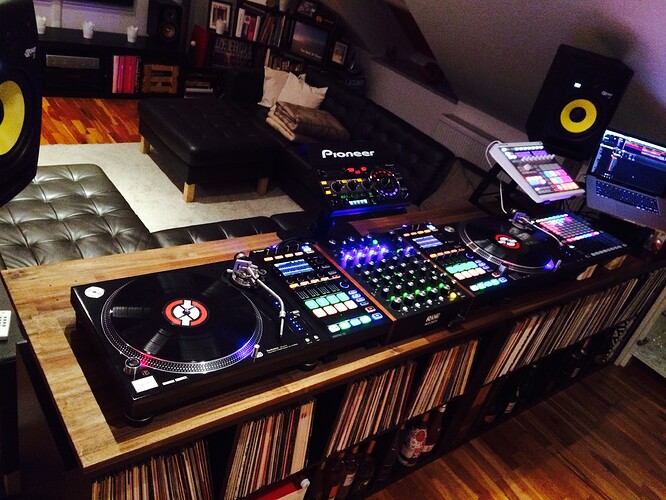 Only thing missing are the SC5000s…

You guys don’t auto-censor your competitor’s name in the forums (the P-word), right? Because that would be a little goofy.

There are hundreds of words in the forum caution words lists, but now, Pioneer isnt one of them, so it wont get “squared out”. I suspect it wont get mentioned as much anyway once the SC5000 is publically released

Enjoy the new forum and if you’ve got any queries on the new features which the forum offers, just ask.

Mainly Pioneer? You should have seen it 2 years ago

My most expensive product is from InMusic and that’s likely to even increase - just bring on the SC5000s (and Traktor HID control!) Don’t forget to send free Denon DJ stickers with the players so I can cover that “other” logo! 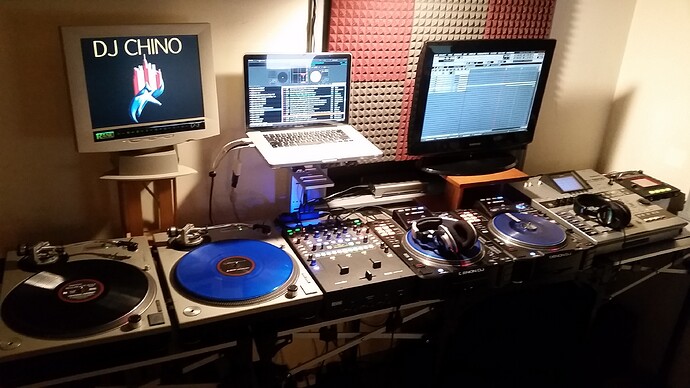 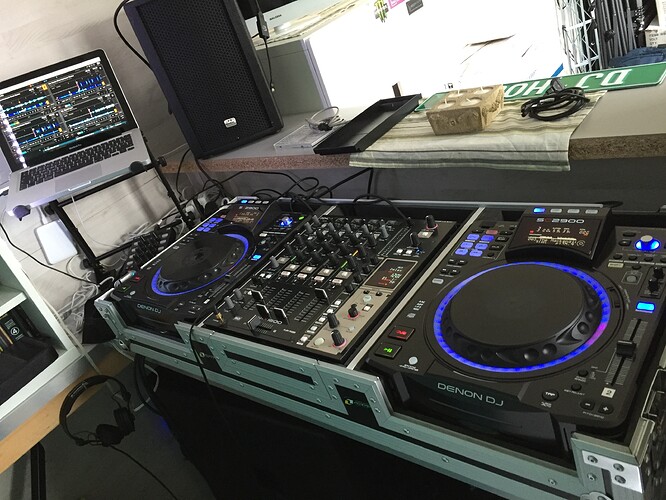 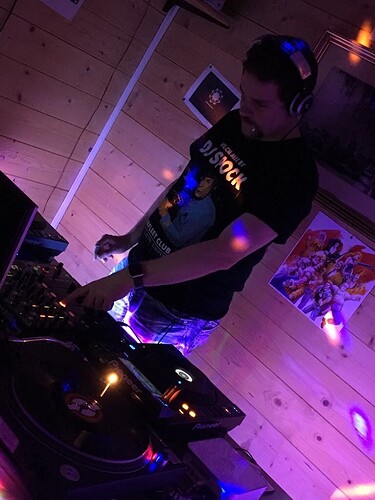 I had a very similar arrangement of my stuff a while ago. Have you considered using stands for the XDJs? I bought my stands from this guy. They are quite inexpensive but really well made and he probably ships to Austria, as well. 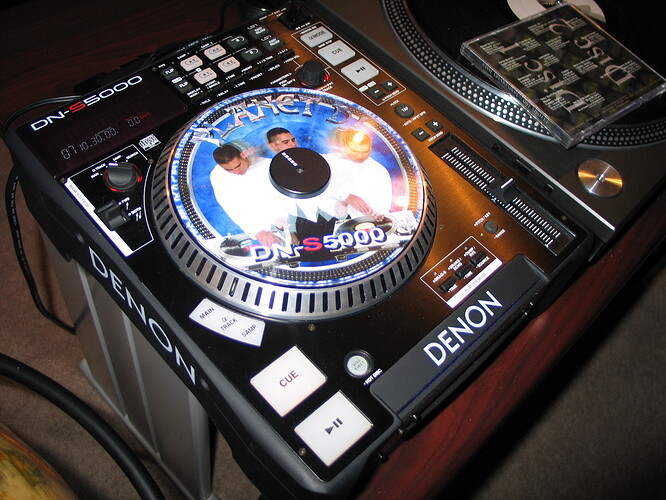 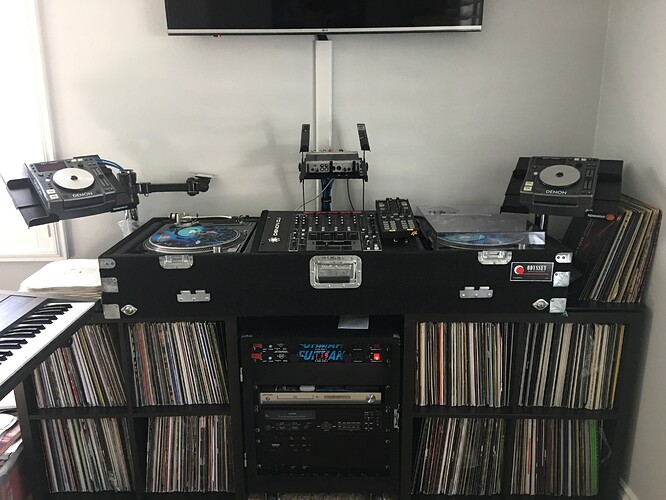 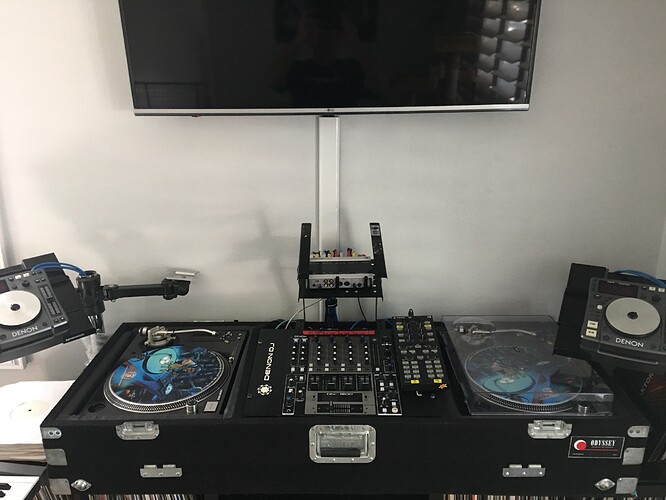 I’m finishing my new studio. Almost ready to furnish it. Will wait with pictures because the temporary studio (bedroom) looks silly… 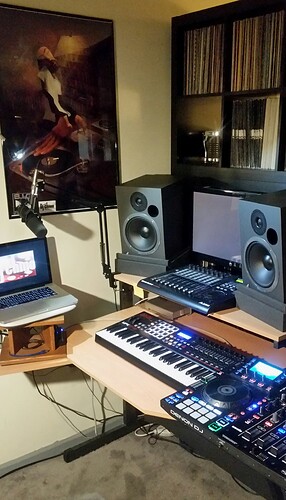 Other side of my lab….I just need to add an Akai MPC Live… 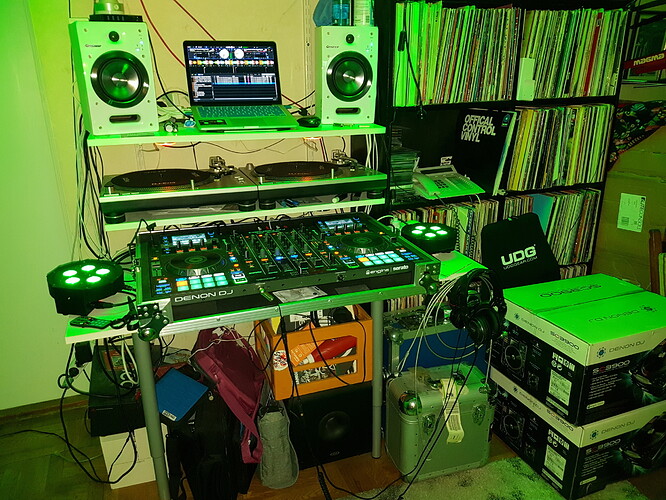 A little bit messy but here is my home booth shared with my daughter.

Here is My Setup, but on tour. 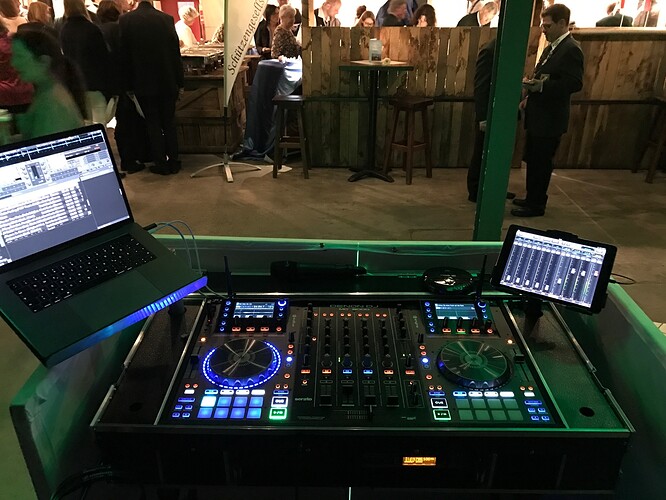 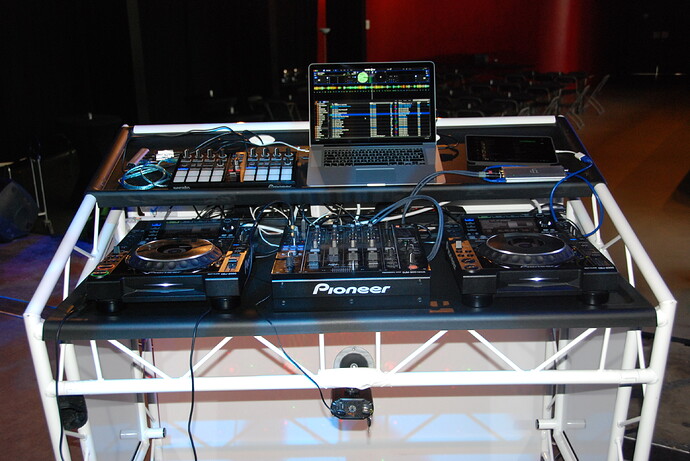 Apparently they care if you write in complete sentences, so hence this totally useless addition to this post LOL

While I don’t have a DJ “booth” at home, perse, I have had quite a few Denon setups over the last couple of years. Here goes. 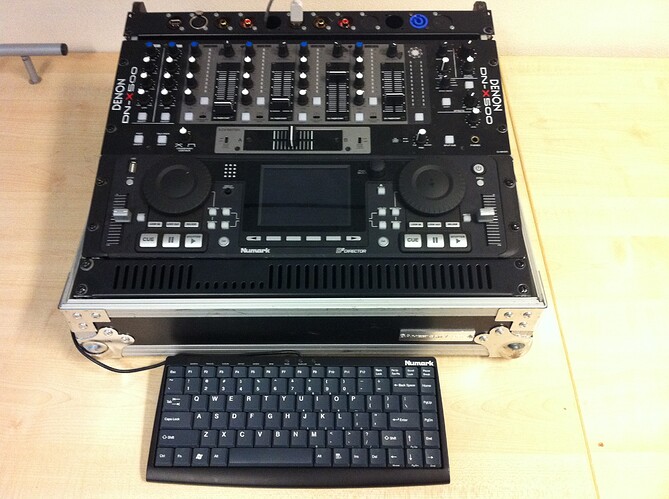 My first true digital (player) setup. No laptop! A Numark D2 Director with a Denon DN-X500 mixer in a handy 19" rack. 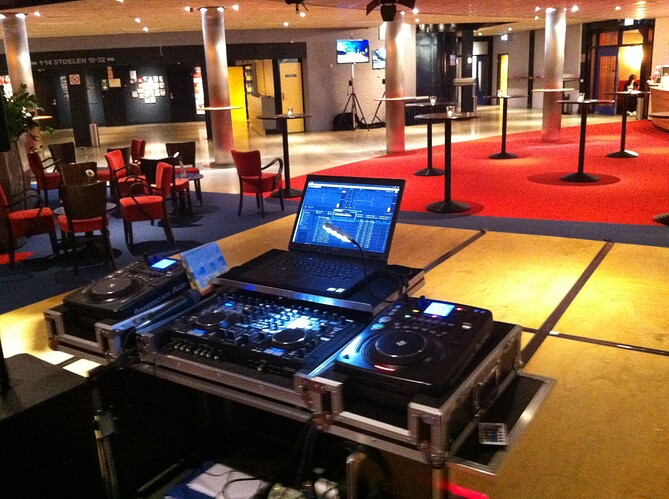 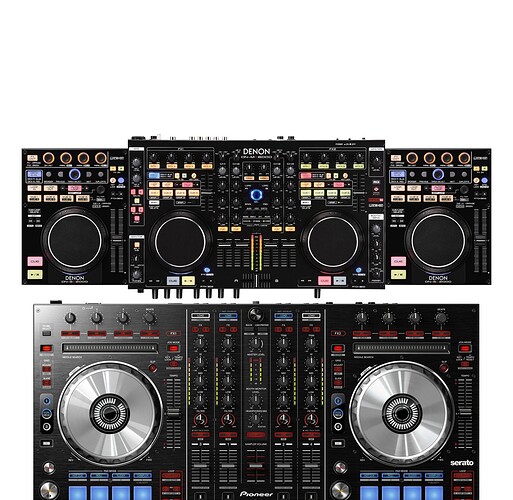 I experimented with a true 4-deck setup using my MC6000 and two SC-2000s. Only slightly wider than a borrowed DDJ-SX.

With the layering on the SC2000s and the MC6000 it is technically an 8-deck setup (doesn’t VDJ support unlimited decks?) 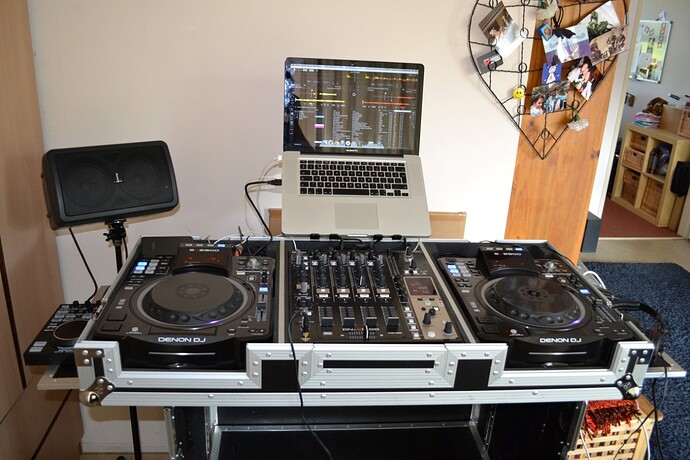 Up next came my SC2900s with X1600 mixer in a DJ-coffin (big, heavy and not practical). I did love the form factor though. I must admit I never got around to properly mapping all the mixers midi functions. 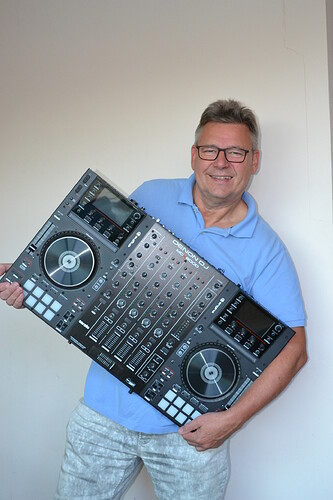 Nope. Had a chance to sell it well when the mk2 was announced, which I wanted. But then the 2900s came along and I bought those instead. Had those for a while and then did a gear swap for a controller from that other brand. With the announcement of the MCX8000 I knew that would be my next and last controller. Not so sure anymore though LOL