I had the opportunity to use my Brand New Denon Prime Series X1800 & 2-Sc5000’s at a private pool party. I would like to share my pool party experience using my new denon primes. Besides the Great View from the DJ booth and finally taking these Denon Prime Bad boys out on a Maiden Voyage, i actually ran into a few issues.

The pool party was in Los Angeles, California and it was 105°F. It was the first time I used my denon primes in these types of conditions. I played from 3pm -7pm. The hottest part of the day was 105° (4:30pm). I used one USB 3.0 Flash Drive equipped with about 6000 songs. I also had an exact duplicate as a back up. I used the standard set up procedure networking the SC 5000’s through the X1800 network hub. Not that it really matters but the speakers I used were 4- QSC 12’s and 2-KW181 subs. The Denon gear was never exposed to any direct sunlight, I had a 12 foot umbrella covering at all times!

Here’s what I experienced. For the most part the gear was flawless. I never had a problem or delay loading any songs. During the week I was using the same flash drive but with 11,000 songs and I was getting connectivity issues so I condensed my playlist to 6000 songs, and it seemed to fix the issue. and I also used the USB 3.0 port in the back of the deck. During my set i used multiple Filter FX’s from the delay the echo, ping-pong, filters, Flangers and they all worked great. Even though never in direct sunlight the gear ran really hot.

Some issues I did experience was after about an 1 hour 30 min into my set, The automatic BPM recognition on the X1800 was not reading the correct BPM on the corresponding deck. It happen to also be the same deck that the flash drive was inserted. I tried everything I could without having to power down the deck to get it to read correctly, but no luck, I had to resort to the tap method. the 2nd deck seemed to be locked onto the correct BPM. The other issue I had with the same deck is the audio cut out twice on a specific song. It cut out for a few seconds then came back on. I try to reproduce the problem at a later time with the same song but it didn’t happen again. So I’m not sure if these issues were a result of the high weather temperatures or deck malfunction.

I would love to hear anybody else’s live gig experience using this set up in any issues they may have encountered during your set.

What color is the memory stick?

I’ve found when I used media players with the USB stick socket on the top of the players that they suffered badly from overheating during daytime/outdoor partys - to the point where I’d take several copies of the same stick along with me and swap the hot sticks for a cold or at least colder stick.

The darker the stick color the quicker they’d heat up outdoors, with white sticks picking up the least effect from the daylight. of course, some sticks I’ve noticed, can get preeeeety hot even indoors at night.

on the primes if oyure using the front socket then the stick is out of sunlight but still a hot thing warming up in the days weather.

weve all seen the videos of the primes working in hot places being made hotter still by crowds of thousands so I dont think the primes are cold weather only.

Stick is white, and not using the front socket because thats a USB 2.0 socket. Using a back socket only which were not in any sunlight…

(of the gear, not the six-packs) 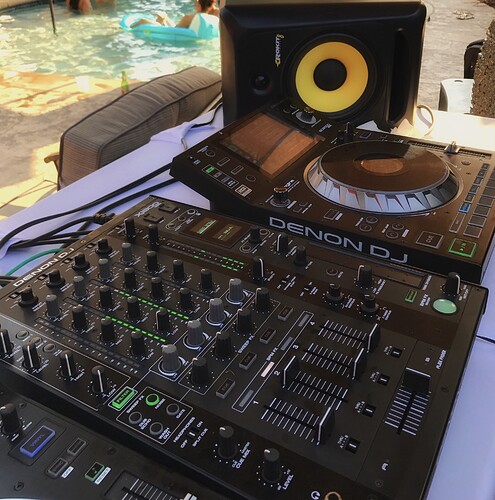 I transported the gear in this, i cut out the foam, not the greatest cut but it does the job 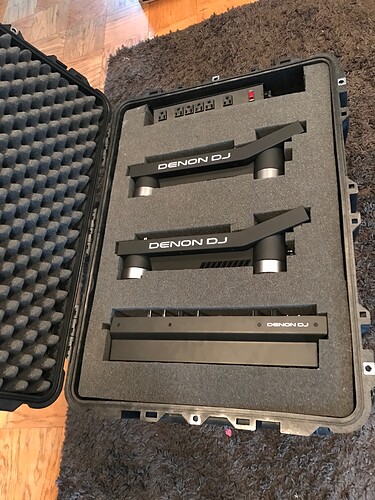 Super - Pictures. From that top picture, unless the ambient light is playing tricks, it looks as if Engine Connect isn’t configured/active. Engine connect would keep all the BPMs rock solid.

Check in the manual, about Engine Connect. Be mindful that which way around you like your 4 layers, across the 4 mixer channels, will determine which Network port you plug each Deck Layer - if you plug a players network connection into the wrong port then your fader starts could start the wrong decks, Cue button colours won’t match the layers/platter rings etc.

what case are you using and where can i purchase? thanks

Take a closer look, its active… I had it active the whole time on both decks and layers. 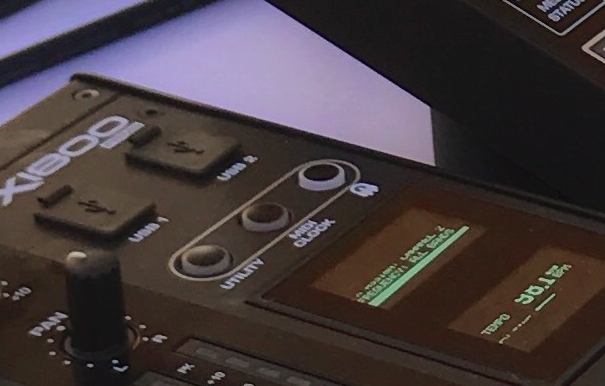 I got it from B&H Photo in New York. Its the “Pelican 1660 case” it comes with foam. I cut out the foam myself. I probably could have fit 3-Sc5000’s, even though i only have 2. but it would have been snug. if you must fit 3 players and a mixer you might want to go with the larger 1690 case

thanks for the reminder on the network hubs and corresponding decks. I had the network cables in the correct inputs. Like i mentioned in my first post, the Engine connect worked in the beginning and then about an hour and half into my set it stopped working on one deck. that just happened to be the deck with the USB stick

oh great and thank you

LOVE the case there man! I wish i could go this route but I am pretty tall and need the height of the case and the case lids to make my gear high enough to make it comfortable to play on! GREAT work thou on this!

If I am not mistaken the Auto BPM will read whichever channel your FX are assigned to. I just tried it and I can play a track on channel 3 and hit auto detect and it will get it right, I also switched the FX assign to channel 2 with a totally different BPM and left channel 3 playing and it read the correct BPM of channel 2 as well. Did you have FX assigned to Master when it was not reading correctly?