Apologies for the duplicate post, IDK what happened to the image on my original post. I can’t edit posts (or reply to my own posts), thus this repost. Again, apologies.

I’m noticing that both of my SC5000’s emit high pitch noises. Can anyone else re-create this with an audio spectrum plotter (via phone)? Is this normal? 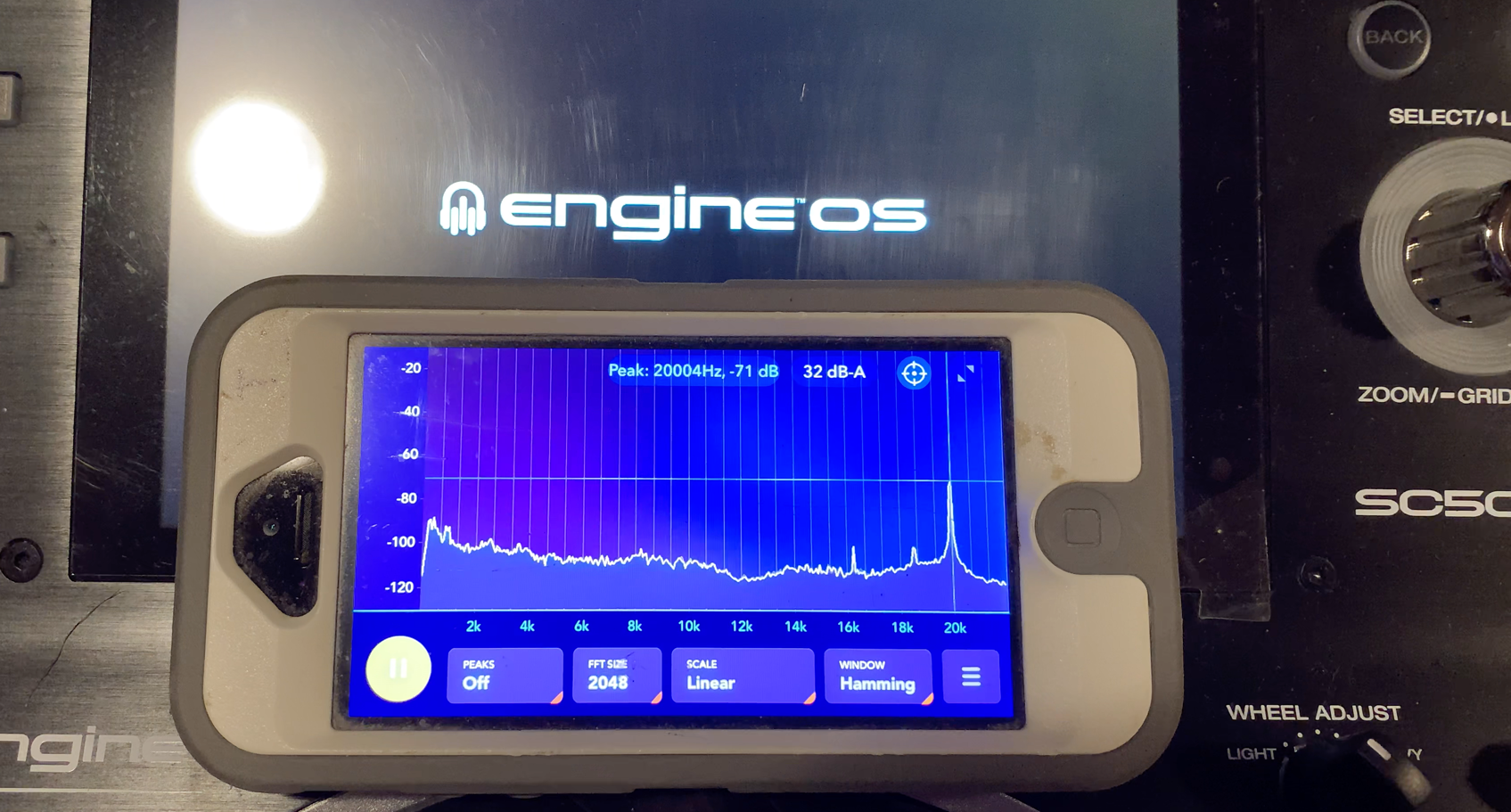 For a first thing, I wouldn’t trust a mobile phone with its little voice microphone and hookey apps to reveal much.

Either way, is the high pitched noise something you only hear through the speakers like with audio output whine or is it a mechanical whine from inside the electrical sc5000

To rule out the voice microphone biz, I’ll test with my Blue Cardiod and Zoom F1 and post results via another app (Izotope RX7).

So you’re just looking at the player’s noise floor? Try playing pink noise at -20dbfs, set your RTA to slow response and see if there’s a high freq bump a 20khz, I’m betting there isn’t.

If it’s a 5000M it might be fans. They have a electric fan to keep the motor cool

Seems like its coil whine from the power supplies, normally its nothing to worry about. Thats why you see glued components on circuit boards to stop the coils and transforners vibrating in the inverter circuit.

I had a similar issue on a CDJ 2000 in the end i cracked it open and applied hot glue to the inductors on the Power Supply and the noise was gone and its still Ok 9 years later.

Thank you @SirReal. I’m going to give this a shot as well.