Having a couple of issues with engine prime, not sure if this is my laptop or what, but most of my tracks are showing as 14BPM rather than 140, 17BPM rather than 170 etc, and text isn’t showing properly at all?

Has anyone else had similar issues? BPM counter in the top right when a track is loaded into prime shows as ‘1’?

EDIT: When hovering over some (not many, but a few) tracks in the crate, another track will show the correct BPM, then if I highlight any other track, it goes back to 14. 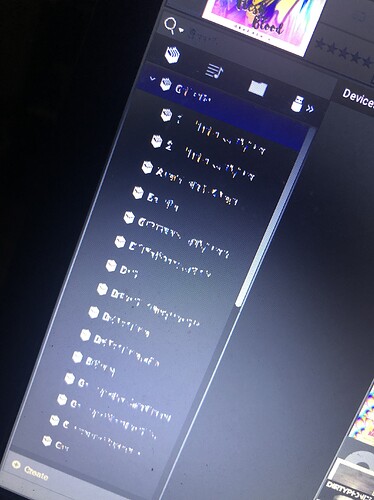 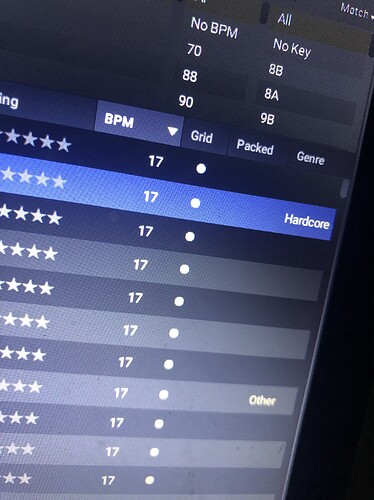 Some of my BPMs on tracks I ran through the conversion utility still show up wrong BPMs - in particular a track with a BPM of 128.50 will show up now as 12850 in search result lists but will show as 128.50 when I load the track on the player. If I run the same tracks through from a fresh CD rip into engine Prime, the bpm shows as 128.50 in both the search results and when the track is loaded .

Engine Prime isn’t perfect for sure, but it’s written by Denon DJ so they know exactly how to read and write the data exactly as the players need it.

With the exception of a couple of jungle tracks, beatgrids were mostly fine so hoping it’ll be OK running through the Prime 4 when it arrives and find the BPM was showing incorrect as part of the text glitches.

Will have to wait to find out I guess, should be fine in the unit itself, just a task trying to organise my library when I can’t read any crate names, and only some track titles.

HI @SH1TBEARDC1ARAN, I’ve consulted with the tech team and have some recommendations for you:

GRAPHICS The names of the tracks look like an actual graphics card render corruption. Could you please check you have the most up to date version of his graphics card driver (if you’ve not done so already). We don’t think it’s a database corruption as the word ‘creates’ wouldn’t possibly be affected if it was.

BPM After you’ve updated the driver see if this issue still persists, could I also check if you are using DECU?

Hi @Jay_DenonDJ , thanks for the response.

I’ll have a look at the graphics drivers later on tonight, most likely could be my laptop (it has issues).

For the meantime, may sound noobish, but what is DECU? I know it’s french for disappointed but that’s all I know. (not a dig, I googled decu and thats all I found lol)

Hi @SH1TBEARDC1ARAN, happy to help - please keep me posted on how you get on with the graphics card.

Ahah ahaha that is a very accurate description. It’s certainly not denon written or approved and it doesn’t even work with latest versions of the engine Prime software. It used to claim to offer conversion of data between a handful of DJ softwares to Engine Prime database, but they can’t keep up with Engine Prime database improvements anymore.

But as you didn’t know what it was, then it’s probable that you haven’t used it and so it’s not part of the problem, this time. .

I still use it interchangeably with Engine Prime depending on what I’m trying to do.

For hip hop, rnb and stuff that Engine prime bpm algorithm currently struggles with, I use it because BPM and beatgrids are moved correctly from Serato.

I even get my logo with tracks that dont contain artwork which is handy.